NEW YORK, Sept. 19, 2014 — Global Finance magazine has named the Safest Banks in China for the first time, in an exclusive survey to be published in the November 2014 issue.

Banks were selected through an evaluation of long-term credit ratings—from Moody’s, Standard & Poor’s and Fitch—and total assets of the 500 largest banks worldwide. A video detailing the methodology behind the selections can be seen at http://www.gfmag.com/media/video/worlds-safest-banks-selection-methodology. 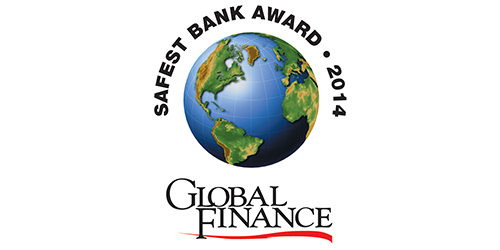