Introduction: A Quarter-Century Of Change

There is a famous quote by British novelist LP Hartley that goes, "The past is a foreign country: They do things differently there." 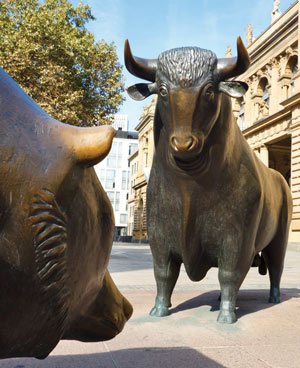 If this is so, then 1987—when Global Finance was launched—is another continent. The scale of political, social, technological, economic and financial change is so great that in many ways it is hard to recognize the origins of today's world in an era that predated the end of the Cold War and the invention of the World Wide Web.

On closer examination, however, there are clear links between the worlds of 1987 and 2012. There are surface similarities between the events of October 1987—when Global Finance made an inauspicious debut in the eye of the Black Monday storm—and the volatile markets of 2012. But many of the deeper trends that define 2012, such as globalization, liberalized financial markets and the growing might of China (it has gone from the eighth-largest economy in 1987 to the second-largest today), were already evident 25 years ago.

In the financial markets, the range of tools available to companies and investors was markedly more limited in 1987: In Europe, for example, the idea of shelf programs to allow bond issuance in different currencies, different maturities and different subordination was introduced only a year before the magazine launched. Moreover, far fewer companies were integrated into the global financial system. Many countries' stock markets were tiny, many companies were held privately (indeed, in many countries—especially in Europe—companies were often still owned by families), the role of private equity firms was much smaller, and across large swatches of the world companies relied on banks rather than capital markets for funding.

BEFORE THE REPEAL OF GLASS-STEAGALL

The banking sector also looked different 25 years ago. Before financial deregulation—typified by the repeal of the Glass-Steagall Act in the US in 1999—commercial and investment banking remained separate. After it, a wave of consolidation took place, creating global giants and ending historic private partnerships such as Goldman Sachs. Risk taking among banks accelerated—helping to create the dot-com bubble—before culminating in the unedifying specter of Lehman Brothers' collapse, Citi and other banks' requiring billions of public funds, and banks in the UK and elsewhere being nationalized.

Meanwhile, the growth of China—and emerging markets more generally—means that it now has four of the world's largest banks—Agricultural Bank of China, China Construction Bank, Bank of China and ICBC—compared with none a quarter-century earlier. These banks are listed, but they remain state-controlled and have an implicit role in helping to further China's global expansion. Even the most far-sighted observers in 1987 would have struggled to predict that state-controlled banks (and sovereign wealth funds) in Europe and emerging markets would play such an important role in the global economy in 2012.

Capital markets are always a roller-coaster ride, and during Global Finance's 25 years of publication, both the highs—including the long boom in the 1990s—and the lows—most obviously global financial crisis of 2008—have been spectacular. In M&A, the debt-fueled wizardry of financial players dominated the late 1980s. Private equity giant Kohlberg Kravis Roberts's $25 billion leveraged buyout of food and tobacco conglomerate RJR Nabisco in 1989 was its zenith. It tailed off in the early 1990s, as companies erected ever-more-sophisticated legal defenses against so-called corporate raiders, and the US junk bond market, a crucial source of finance for the takeover boom, collapsed.

More generally, the story of the bond market was one of ever-expanding issue sizes, numbers of tranches, variety of issuers, investors and currencies, and bewildering complexity. In 1992 a $1 billion deal for Matsushita of Japan made the electronics giant the first corporate to issue a global bond. By 1996, Indian conglomerate Reliance Industries had become the first Asian corporate outside of Japan to sell 50-year and 100-year bonds—which would have been unthinkable even five years earlier.

Perhaps the most substantial change in the bond markets of the past 25 years—over and above the advent of global bonds and swaps—was the creation of the euro. Although it may be increasingly troubled, the euro hastened economic liberalization, M&A and the move from bank borrowing to capital markets issuance. In the bond markets, the currency was an immediate hit: In the months after its launch in 1999 there was a deluge of issuance, with €149 billion ($187 billion) of bonds sold by corporates in Europe in the first six months of that year, compared with €74 billion in the same period of 1998.

Of course, the bond markets have seen serious setbacks, such as the Asian crisis in 1997, the global crisis of 2008 and the current sovereign debt crisis, but issuance has always returned stronger and larger than before. There's no reason to doubt that will once again be the case.

If debt market issuance has been sporadic, the equity markets have been even more volatile throughout Global Finance's life. One broad trend is that shareholder culture—the desire of shareholders to be more actively involved in company decision-making—has spread from the US to the UK and Europe and, most recently, to emerging markets, with huge repercussions in how companies operate and finance themselves. In the UK it was spurred on by the privatization of state assets such as BP in 1987 before the fever to sell state assets overcame Europe almost a decade later, and Deutsche Telekom became the region's most important issuer. 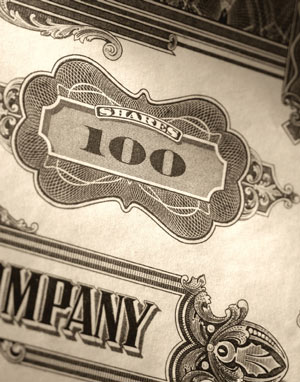 The M&A boom of the 1990s was driven by equity and prompted by an unprecedented period of economic growth. Buyers were usually corporates seeking synergies and market share, and, in general, the outlook of the purchasers was longer-term than that of financial buyers in the 1980s. Deals in the telecoms, software and media sectors were central to M&A volumes. As with the debt-driven boom a decade earlier, the market eventually seemed out of control in terms of deal size and valuations: The merger of AOL (as the dominant partner) and Time Warner confirmed the madness of the technology boom years.

After the tech collapse, M&A was slow to recover. US volumes never reclaimed their 2000 peak, although European activity (spurred by the strength of the euro) soared—before plummeting again with the financial crisis of 2008. Emerging markets came to be an important part of the 2000s boom. Landmark deals such as Mittal Steel of India's hostile takeover of Arcelor signaled a new phase in the global economy. This trend has accelerated in the post-crisis period: Emerging markets giants, such as India's Tata, have made aggressive acquisitions of Western brands. Tata's purchase from Ford of Jaguar Land Rover in 2008 exemplifies this trend.

The evolution of the global financial system since 1987 has been aided by many trends, including the rise of free-market economics (despite the 2008 crisis), deregulation and ever-increasing computing power (try structuring a collateralized debt obligation without hefty IT support). Yet despite the many failures over the past 25 years—of companies (too many to mention), countries (such as Argentina and Greece) and regulatory systems (the world is still suffering from this failure)—the resourcefulness and ingenuity of global financial professionals continues to astound. Moreover, despite massive increases in the complexity of risk faced by companies and investors, the availability of tools, such as derivatives, to manage those risks has expanded commensurately. Consequently, it is difficult to be anything but optimistic about the future of Global Finance—both the markets and the magazine.