Who would have predicted back in 1987 that Apple would today be one of the world's most dynamic and innovative companies? And Google, which emerged from nowhere back in 1998 but now dominates much more than the world of Internet search engines?

This is by no means a definitive list—it excludes many emerging companies that could become the next titans. But it represents a pretty good cross-section of the firms that we expect to be flourishing when Global Finance celebrates its golden anniversary. 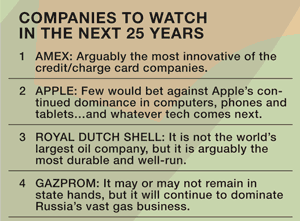 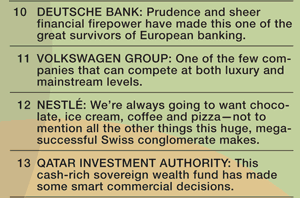 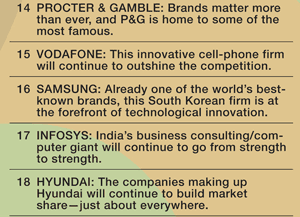 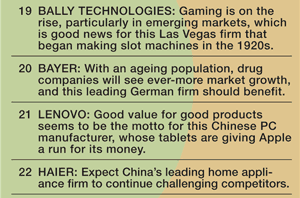