Oiling the wheels of global trade has never been more important, particularly as regulation and capital constraints challenge banks' commitment to the business. 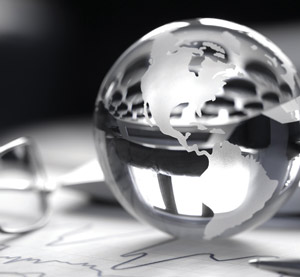 Collaborative B2B platforms and investors are poised to play an enlarged role, as trade finance becomes an asset class in its own right. Trade finance is now key to ensuring the growth and stability of the global economy. As a result, products are growing in maturity, and everyone is paying closer attention to the world of trade finance.

The global financial crisis of 2008 had a resounding impact on trade finance volumes and world trade in general. In 2009 trade volumes declined by as much as 15%, and at the peak of the crisis in 2008–2009, margins on letters of credit went up significantly as more companies resorted to LCs as a form of guarantee against nonpayment.

Before the crisis, trade finance was one of those businesses that chugged along in the background with politicians, regulators and policymakers paying it little attention. In the past 10 to 20 years, an increasing amount of global trade was conducted on open account between buyers and suppliers without a bank letter of credit, and for most of the large global trade banks, the LC was a declining part of their business.

Recent market events highlighted the challenge in getting trade finance to where it was most needed—developing and emerging economies in Africa, parts of Asia and the Middle East. Although the low rate of penetration of trade finance in these markets predates the crisis, banks now are even less inclined to extend documentary credits or guarantees to markets with lower sovereign ratings or onerous Know Your Customer regulations.

In 2008 the secondary interbank market in trade finance loans also disappeared, prompting policymakers to act. In July 2009 the International Finance Corporation set up its three-year Global Trade Liquidity Program, which was designed to make trade finance more readily available to small and mid-size enterprises in developing countries by disbursing funds to eligible banks in these markets. The IFC has found greatest utilization of its funding in Africa, Latin America and Asia Pacific. The question now is, in such an uncertain economic climate—particularly in the eurozone, where banks' balance sheets are becoming increasingly constrained—the future outlook for the financing of trade in developing markets remains uncertain.

The WTO's Expert Group on Trade Finance is looking to use the Export Credit Agency guarantee system to facilitate providing trade finance in developing countries. It is is made up of intergovernmental multilateral organizations (the WTO, World Bank, IMF), regional development banks (EBRD, African Development Bank), the Berne Union of credit and investment insurers, and private sector banks and is also helping local banks develop expertise in the field.

But what role are banks likely to play in trade finance going forward? For those for whom trade is a substantial part of their business, a reliance on banks seems unlikely to change. However, the capital that banks must assign to support the business is likely to increase under the new Basel III regulations. Some banks may exit the trade finance business altogether or outsource it to other banks. Other banks are developing additional financing capabilities more suited to open account trade, such as receivables, inventory and distributor financing. And the market has opened to new models or ways of bringing buyers, suppliers and a wider range of financial service providers (banks, hedge funds, private equity) together.

It is clear that trade finance is going through a significant period of transformation, and looking ahead, few banks will be willing to take all the risks on their balance sheet. As collaborative technology platforms provide greater insight into the exchange of information between buyers and suppliers, investors are gravitating toward trade finance loans, inventory and receivables, as an asset class in its own right.