Arnold Epke, group CEO at Ecobank, a pan-African bank founded in 1985 and with a presence in 32 countries, shares his insights on Africa's past, present and prospects. 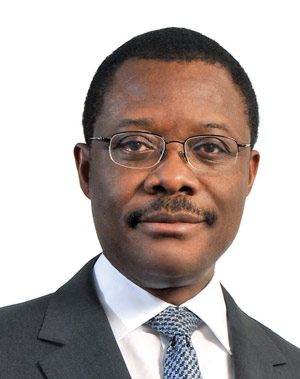 Global Finance : How will banks contribute to African economic growth?

Arnold Epke: Powered by a decade of growth and steady improvements in governance and political stability, Africa is rapidly becoming integral to the global economy. Banks contribute in many ways, in particular financing infrastructure and financing the emerging middle class. To bring infrastructure to the levels of other emerging markets, Africa will require an annual investment of over $90 billion over the next 10 years. Ecobank, for example, provides tailored infrastructure financing for sovereign states in critical or transitional stages.

GF: How have banks engaged unbanked populations in Africa?

Epke: Banks are addressing this in a variety of ways. The most obvious is the increasing penetration of mobile banking, with products such as Mpesa in Kenya. Indeed, mobile banking in Africa is forecast to become a $22 billion industry by 2015. Less obvious is the increasing prevalence of microfinance institutions that cater to the unbanked and underbanked urban and rural poor.

GF: What must African governments do to support the banking sector as an economic growth engine?

Epke: Governments must go beyond supervision and regulation and take steps that promote free markets and regional integration, such as free movement of goods, capital and services. Also, the multiplicity of currencies and cumbersome exchange controls add to the costs of doing business. African governments are working to make markets more open and to create larger markets. A good example is the East African Community, where five countries have come together, removing exchange controls and customs barriers, to create a single market of some 132 million consumers, which is a far more attractive proposition for trade and institutional investors. We also believe they should adopt policies that will discourage the fragmentation of the banking industry and support the emergence of larger banks able to finance development. Going forward, consolidation will be an important feature of the African banking landscape. Critical mass is especially important in Africa because operating costs are high relative to customer volumes.