James K. Galbraith is a well-known economist and author of a number of books, including The Predator State and Inequality And Instability. He spent much of his career helping to shape US and global government policies in response to crises. 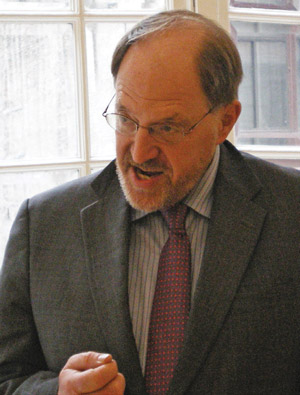 Global Finance: What events have shaped the world economy since 1987?

James Galbraith: The collapse of the USSR, followed by the rise and now fall of the eurozone. These corresponded to the rise and now collapse of the neoliberal project. So long as the USSR was around, the West needed a coherent, successful alternative, provided by social democracy in Europe and Cold War liberalism in the US. Afterward under "There is no alternative" [politics], it was a matter of anything goes—until everything blew up.

GF: Is the US reducing its global interventionism?

Galbraith: The US national security apparatus is slowly coming to grips with the futility of most uses of force. Yet it remains highly useful to have only one global military power in place, so long as it is not actually used; arms races are much costlier. The world will therefore likely encourage the US to maintain its position, and continue to support the dollar in return. If the US agrees, and does not abuse its role intolerably, then this is [mostly] a stable outcome. An example is the presence of US forces in the Persian Gulf, which complicate any decision by Israel to attack Iran, thereby keeping the peace in everyone's interest. Including, ironically, Israel's.

GF: What ideas and events have most shaped your worldview/career?

Galbraith: I have been a lifelong ambulance-chaser of financial crises, beginning with the rescue of New York City in 1975–1976, on which I worked as a staff member of the US House Banking Committee. I helped to write the dual-mandate language in the 1978 Humphrey-Hawkins [Full Employment] Act. My main public battle was rearguard resistance to the Reagan Revolution, conducted from the US Joint Economic Committee in 1981–1984. Advising on China's State Planning Commission in the mid-1990s, on inequality over the past 15 years and most recently on the Great Financial Crisis also rank pretty high.

GF: What people have had the greatest influence on you and why?

Galbraith: My father [John Kenneth Galbraith], naturally. Smith, Keynes and Veblen are touchstones, read and taught every year. Wynne Godley and Hyman Minsky were important economists I knew well. Simon Kuznets is one I wish I had known. Representative Henry Reuss, chair of the Banking and Joint Economic Committees, taught me, among other things, how to write. More recently I find myself under the sway, primarily, of my daughters.