Saad Mohseni is the chairman of Moby Group, Afghanistan's largest media conglomerate. Mohseni founded the company in 2002 upon returning home to Afghanistan after the fall of the Taliban. 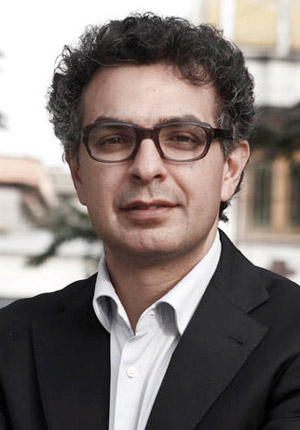 Global Finance: What key events over the past 25 years have contributed most to shaping the global economy?

Saad Mohseni: Deregulation of the financial markets in the early 1980s coupled with the growth of emerging markets such as India and China have enormously impacted the global economy—for the better, I should add.

GF: What are the key risks facing developed and emerging markets over the next 5, 10 and 25 years?

Mohseni: Nothing ever goes up in a straight line. Markets such as China and India will not only experience dips but will also have to deal with inflation, banking crises and rampant corruption. Investors will demand more transparency and good corporate governance of corporate China—or India, for that matter. Nations such as China will also grapple with democracy and increasing demands—for rights, representation, etc—from a growing middle class.

GF: Afghanistan presents a particular host of challenges. As an entrepreneur heavily invested in this country, how do you look at the decade of transformation, between 2014 and 2024, and beyond?

Mohseni: Afghanistan has changed enormously since 2001, albeit off a very low base. However, Afghanistan's youth bulge—60% of the population is under the age of 20—coupled with the urbanization of the country, could propel the country very quickly as the nation's demands and aspirations will make it very difficult for a Taliban-type force to reemerge post 2014. Afghanistan's economic growth—now in the double digits—may dip briefly in 2014 and 2015, but we are of the belief that it can rebound quickly if the government manages the transition well. Afghanistan's vast resources can also play an important role in the country's continued economic growth.

GF: Challenges aside, what opportunities do you think Afghanistan might be able to offer both local and foreign companies in the years to come?

Mohseni: Afghanistan, rich in minerals and deposits, can also potentially transform itself into an agricultural breadbasket. Given its strategic location, Afghanistan will become the transit point for energy from Central Asia into South Asia. Manufacturing, however, can only prosper once Afghanistan develops its infrastructure. Given its population—30 million strong, and set to grow to 100 million by 2050—our domestic market also represents an attractive market for consumer products.