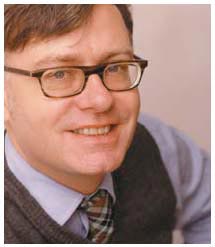 Pity poor Recep Tayyip Erdogan. No sooner does he finally haul himself into the hot seat as elected Turkish premier than he finds himself caught between the urgent blandishments of an ally and the all-tooclear feelings of the people who elected him.The new moderate Islamic premier and his economic team are faced with a firefight, as investors vote with their feet in the absence of an up-to-$24 billion paycheck for cooperating with US actions in Iraq.
Certainly, the new government has shown signs of its youth.And the haggling over terms didn’t look good. Clearly, the task of restoring Turkey to health may just have got a lot harder. But the wilder talk of the United States using the IMF to harry the Turkish government for its refusal to come in line likely will remain just that—talk.Turkey remains too valuable an ally for the US, and wiser counsel will eventually prevail.
Members of Turkey’s financial elite slip easily into talking of the population as an unruly mass, one that needs to have financial discipline imposed upon it—preferably with the help of outside forces such as the IMF. But a perennial block to reform of the Turkish economy and financial system is the inability of those financiers and policymakers to bring large sections of the population along with them, to convince ordinary people that fiscal rectitude will benefit them in the long run, too.
Some observers argue that sidestepping a parliamentary vote in order to get the country’s hands on the money on offer was a price worth paying.Any anger would be dissipated by the lubrication provided for the painful course of economic adjustment the country still faces. Maybe.
But it’s equally likely that any reform program so baldly linked to stepping into line with outside interests will suffer, not gain, by the association.


Until next month,
Mark Johnson
mark@gfinance.co.uk