It’s a little bundle of letters and numbers, but it’s creating an awfully big stink. 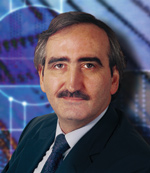 Those who set accounting standards met with their critics in March to discuss proposals to transform the way that companies report their financial assets, specifically under IAS 39, slated for introduction in 2005.


The International Accounting Standards Board (IASB), which is charged with developing a world-wide uniform reporting system, has roiled banks and corporations with changes in how financial instruments, notably derivatives, are recorded on the books. The IASB argues that companies are exposed to the possibility of huge derivatives losses and that the risks are not spelled out clearly in reporting. Even where a company says it is managing risk rather than speculating, the IASB says there must be fuller demonstration of this. If, as investor Warren Buffett said in March, “derivatives are time bombs,” the IASB wants any ordnance dragged out of the footnotes and into clear view.


Specifically, the fuss centers around proposed regulation IAS 39, which, among other things, dictates that (with the exception of clearly demonstrated hedging positions) the derivatives that a bank or other company owns must be marked to market, with resultant gains and losses put on the profit-and-loss account. Companies are concerned that the new regulation will add volatility to their reportings, troubling shareholders and damaging the way businesses operate. Banks in particular are angry at what they see as an unfair system whereby customer loans are recorded at historic cost but not the derivatives that aim to offset their potential fluctuations.


Paul Chisnall, director of the British Bankers’ Association, says that many institutions will be forced to manage risk in ways they might not otherwise have chosen. “With similar positions potentially producing very different results, you may be forced to manage your risks in a less efficient way,” he says.


Companies are also worried about the time and effort required to switch to the new standard. “IAS 39 is by far the most complex accounting standard that has ever been introduced,” wrote Lysanne Gray, group chief accountant at Anglo-Dutch consumer giant Unilever, in a submission to the IASB in fall last year. “It will take us to midst 2004 to complete our implementation plan, involving training, revising systems and procedures and gaining experience.”


It’s not a small problem. Derivatives usage has soared since the late 1980s. According to the Bank for International Settlements, the market was worth $128 trillion in June 2002. United Kingdom GAAP currently marks non-hedging derivatives to market with fair-value changes going through the profit-and-loss account as they occur, but the criteria for showing that a derivative acts as a hedge are easier to meet than will be under IAS 39, detractors say.


Jeremy Foster, a partner and specialist in IAS at PricewaterhouseCoopers in London, says the impact will be dramatic. “Your economic hedges won’t necessarily any longer count as accounting hedges, and therefore you’re getting the numbers driving the business,” he says. Stressing that business is driven by markets, risk appetite and other external factors “rather than just numbers,” he says that “if people are now having to say, ‘Look, we can’t do that particular deal or sell that particular product because it means the accounting numbers are going to be wrong,’ then you wonder whether institutions should be out there doing business or whether they should just pack up and go home.”


Marking over-the-counter derivatives products to market raises problems with valuation, some participants complain. Given that the instrument is a one-off product and not traded on any market, it can be hard to assign a fair value. “The advantage of exchange-traded derivatives is that you can know the value of what you’ve got at the end of every day,” says Andrew Guy, director of Mako Financial Markets, a derivatives investment company in London.


Banks resent the difficulty IAS 39 poses for grouping liabilities and hedging them collectively—so-called ‘macro-hedging’. They say it is unfair and unrealistic that they cannot take a portfolio of different assets or derivatives hedging those assets and demonstrate that, in all, the two are likely to more or less offset each other. “What [the IASB] has heard in the roundtables, from both European banks and corporates, is that the standard does not match the way that business is conducted and that risks are managed,” says Chisnall. 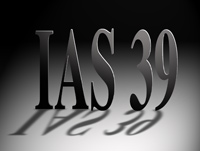 Operationally, a bank may decide that if an amalgam of derivatives broadly matches a group of liabilities in most broad respects—term, price, interest rate, etc.—then the two counterbalance each other. While this is acceptable under GAAP, under IAS for a derivative to count as a hedge it must then be put against a specific liability from the outset, and the relationship between the hedged item and hedging derivative must be tracked to demonstrate how well the hedge works.


Hedge effectiveness tests’ must show that the value relationship doesn’t move outside of a particular range, or the hedge is declared ineffective and price movements must go onto the profit-and-loss account of the balance sheet. A broad balance over a portfolio, allowing the opportunity to buy more derivatives to iron out wrinkles in price movement, is not enough. “It’s now down to a much more micro level,” says Foster, “and it is difficult for all the documentation, designation and effectiveness. It’s changing the whole way that financial business is done.”


Although macro-hedging is not recognized by IAS 39, the equivalent American regulation FAS 133 does allow a ‘short-cut’ method of hedging portfolios. In turn, the IASB says that the short-cut route under FAS 133 is only available in a number of tightly defined situations. “As a practical matter,” says one person at the IASB, “it would not satisfy the needs of an awful lot of people who say they want this short-cut method.”


That same person says that even after March’s roundtable discussions (which were pressed for by the European Commission, which would be responsible for ratifying the IASB regulations for use by EU-listed companies) there will be further dialogue. He says that the board will look once again at fresh possibilities for ways to reconcile business pragmatism with the need to carefully track banks’ and companies’ investments. “I think, though, that one should take some of the requests for needing more time with a pinch of salt,” he says. “It’s predictable that if somebody disagrees with our principles, they want you to spend another five years researching them.”


The clock is ticking. The new regulations are scheduled to come into place in 2005, and if companies are to be able to report within the new framework from then, they will have to put the principles into effect from next year to provide a comparator. However, when FAS 133 was introduced in the United States, it was implemented prospectively. Bankers and corporate treasurers in Europe hope that likewise IAS 39 will be introduced on a forward-looking basis. “The companies who have to file two years of comparison figures with the US Securities and Exchange Commission would already be too late to comply with IAS 39 in 2002,” writes Unilever’s Gray, arguing against suggestions of a 2004 introduction.


If there is to be significant compromise on IAS 39, further dialogue and a rewriting would take time. “It’s an inherited standard,” says Chisnall of the British Bankers’ Association, “and it’s difficult to take a standard written four or five years ago and for people to put fresh minds to it in light of what we know today. We need a fresh assessment.”


Even if some concessions are made, most observers believe significant reworking of IAS 39 is unlikely. Sir David Tweedie, chairman of the IASB, has been firm throughout the roundtable discussions on IAS 39 that the fundamentals will remain in place. Further, he hopes that the new legislation will be a stepping stone toward developing fresh rules for 2007 that will be still more fair-value-oriented. The present furor, however, means not looking too far ahead. The European Commission missed its own deadline for endorsing several current standards at the end of last year. Many European banks and corporates will at least be hoping for more stalling and a further chance to press their views.