Turkey’s efforts to comply with EU accession demands appear to be paying off. Yet while the country is gaining praise for its hard work, some say they want to see more evidence that Ankara is walking the talk. 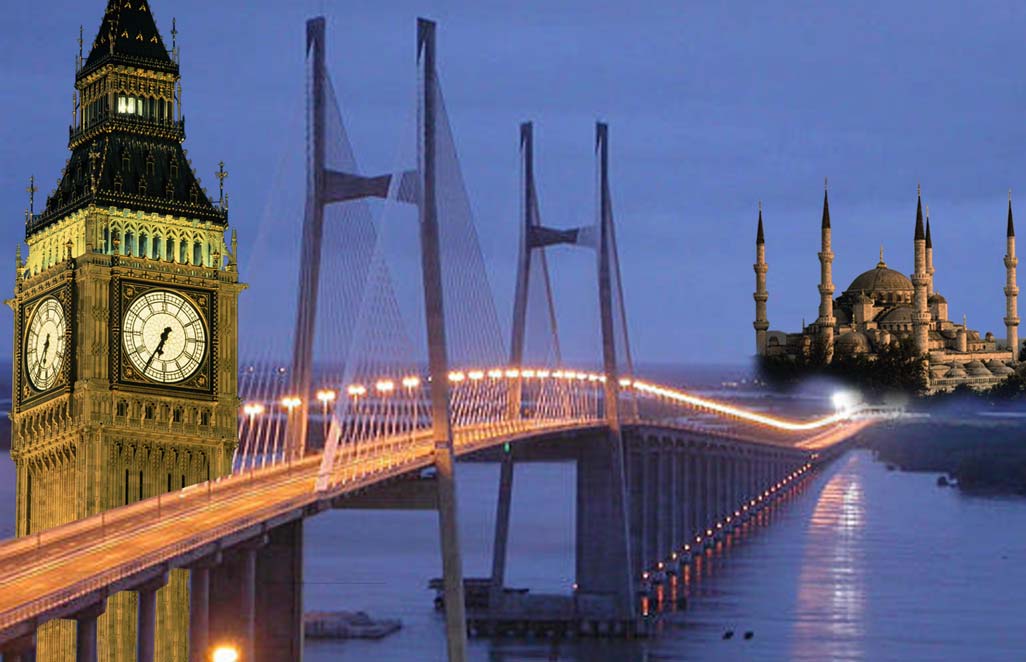 In the past year,Turkey’s prospects have transformed. The carrot of EU accession is forcing the government to tackle many of the pervasive problems that have eroded its credibility. The government has embarked on an IMF-backed economic stabilization plan, suspended the death penalty, wrested power from the military and increased civil rights for Kurds—all of which help address European concerns over admitting Turkey into the fold.
While the EU said it would review Turkey’s membership application by December, to decide whether to proceed with accession talks next year, the bloc also set specific political and human rights reform targets—known as the Copenhagen criteria—which Ankara must meet first. While the government is working to meet the targets, there are still concerns over Turkey’s longer-term commitment to change and to actually implementing laws that look good on paper.
“The EU wants to see implementation and not just laws passed,” says Peter Worthington, director of economic research for Eastern Europe, the Middle East and Africa at Credit Suisse First Boston (CSFB) in London. “It’s one thing to say that you’ll ban torture under police custody, and another thing to actually do it, but there are signs now that implementation is improving as well,” he adds.
Implementation appears to be the operative word. In fact, Standard & Poor’s—which upgraded Turkey’s longterm local currency rating to BB- from B+ in March on account of its steady moves toward restoring macro- economic stability—included “high implementation risks” on its list of factors still constraining the country’s ratings.
In an address before the Turkish Grand National Assembly in January, European Commission president Romano Prodi said,“While of course I applaud the remarkable achievement of the Turkish government and parliament in your unprecedented reforms, it is also clear that the task of ensuring their systematic and effective implementation presents an even greater challenge.”


EU Eyes Ankara
Europeans are keeping an eye on Ankara. During separate visits to Turkey earlier this year,German Chancellor Gerhard Schroeder and British foreign secretary Jack Straw supported Turkish accession and said the country would likely get a date for launching membership talks. That leaves France among key EU players that have not yet announced an official stance on the matter, raising speculation that French officials will wait until after European Parliament elections in June—during which Turkey will undoubtedly be a topic of much debate—to make an announcement.
Much of the debate will be led by opposition parties in France and Germany that have been most vocal against Turkey’s accession, questioning whether the country has “European vocation.” Some opponents are calling for a “privileged partnership” instead of full membership, while others argue the EU may be overstretching its borders to include Turkey, whose population resides mostly in Asia.
Turkey counters that more than 50% of its foreign trade is with Europe, while less than 5% is with its Middle Eastern neighbors. Furthermore, Prime Minister Recep Tayyip Erdogan, a moderate Islamist, warns that excluding Turkey from the EU would send a message to the Arab world that non-Christians need not apply.
Another battlefront could also be opening up.“There’s momentum building for EU membership,” says Worthington.“ However, 10 new countries join the EU from May.They have a similar level of economic development as Turkey, and they will have to buy into the idea of Turkish membership in the EU,” he adds, noting it’s not clear whether these members—Eastern Europeans, Malta and Cyprus—will want to compete with Turkey or simply move to keep it out.


The Economic Factor
Economic differences between Turkey and the EU remain reason for concern.Turkey’s IMF-backed economic stabilization program has begun to ease those worries, with inflation—one of the country’s chronic woes— dropping to 18.4% in 2003 after nearing 100% in the mid-1990s. The drop has allowed for the much-awaited introduction this year of inflation accounting as part of a broader tax reform package that brings Turkey more in line with European standards.
The new inflation-accounting method—which allows companies to adjust their accounts for inflation-produced losses and which had already been authorized for use by Turkish banks since 2002—will cost the government an estimated $400 million in lost revenues, which it hopes will be compensated through increased foreign investment. So far, investment flows have been sparse.
“Turkish FDI figures have been very low, and investors have shifted out of Turkey to go to places like Bulgaria and Romania, actually producing an outflow,” says Bulent Aliriza, senior associate and director of the Turkey Project at the Washingtonbased Center for Strategic and International Studies.
The government is working hard to counter that effect and has introduced measures designed to attract investors, including a legislative bill under review to grant incentives to companies investing in less developed provinces. The move is partly aimed at offsetting the elimination of tax exemptions for new companies setting up shop in industrial zones, with exemptions for existing investors set to expire in 2008. Exemptions had been opposed by both the EU and IMF.
In 2003 the government introduced a new foreign investment law that puts foreign investors on an equal footing with their local counterparts. A new Petroleum Market Law passed in January removes state control and opens up the sector to private capital. Whether or not these measures are sufficiently enticing has yet to be seen, as the war in neighboring Iraq is keeping investors on the sidelines.
Critics say the government must also pay closer attention to the ailing banking sector. Although authorities vowed to tighten supervision, last year’s collapse of Imar Bankasi, amid charges of widespread malpractice, led to doubts over how far the government had gone to keep the sector under watch.The sector’s high concentration levels make it more vulnerable in the event of a bank failure, with Turkish Banks Association data showing the five largest banks accounted for 63% of total deposits last year.

Over-confidence?
With a number of economic successes under its belt, some observers now wonder whether Turkey may feel it no longer needs the IMF going forward.“They’ve done a good repair job with the IMF, but the next step is what to do without the IMF,” says Aliriza, noting industry minister Ali Coskun has suggested that the IMF accord not be renewed, despite calls from the EU to do so. Erdogan has also indicated he looks forward to the day when Turkey no longer needs the Fund.
“The IMF will find a way, encouraged by the US, to remain engaged in Turkey,” says Aliriza.Without such engagement it is unclear how disciplined the country will remain in dealing with such challenges as a net public sector debt load that, although projected to decline this year, will remain at a worrisome 65% of GDP. Under its IMF targets, the government is committed to a 6.5% public sector primary surplus.
Worthington says certain risks remain,including “a certain degree of overconfidence on the part of the government that may lead them to say that everything is going nicely and they no longer need an IMF program, and that they are ready to graduate.” IMF involvement, he adds, is important for sustaining market confidence.
“Turkey may not need an agreement with additional (net) IMF financing in the coming years, but the government has not yet built up enough credibility to exclude the IMF’s feedback in policymaking and its surveillance of policy implementation in the coming years,” says a CSFB report, which suggests IMF involvement will remain key to the country’s creditworthiness even if it gets a green light from the EU.
Goldman Sachs feels the country is still not out of the woods and must now take reforms to the next level. “With regard to the broader IMF program, we would also welcome a greater emphasis on longer-term structural reforms—while it is very helpful to provide short-term macro stability by imposing tight fiscal policy and allowing the independent central bank to pursue appropriate monetary policy,” says a Goldman Sachs report, which continues:“Turkey needs to grow out of its debt trap, and this requires a more aggressive push on structural reforms.” ■