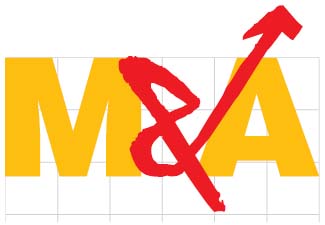 It’s official: Merger madness is back. Preliminary figures for the first quarter of 2004 indicate that this is already shaping up to be a blockbuster year.
The dramatic increase in activity may come as a surprise to some. Earlier this year many in the M&A; industry were reluctant to predict a marked upturn. Others showed cautious optimism. Back in January, JPMorgan’s head of European investment banking, Klaus Diederichs, told Global Finance that there were signs that the world’s economic gloom was lifting and that “momentum would hold through.” In retrospect that was an understatement of monumental proportions. According to Thomson Financial, nearly 1,000 corporate M&A; deals were announced in the first two months of 2004—the most since 2001.More remarkable still,by mid-March the dollar value of announced M&A; in the US alone had reached $272.4 billion, up from $61.9 billion in the same period of 2003.Worldwide, the dollar value of announced M&A; for the year to date was $488.7 billion, up from $235 billion in the same period of 2003.
The deals themselves have been impressive, too. Barely had the markets digested the near-$60 billion JPMorgan Chase-BankOne deal than Comcast was out on the acquisition trail with its hostile bid for Walt Disney, valued at a monstrous $66.7 billion. In France, the market has been spicing up, too, with Sanofi- Synthelabo’s hostile $66 billion tender offer for rival pharmaceutical giant Aventis. And after much speculation the US’s Cingular Wireless agreed to acquire AT&T; Wireless for $47.5 billion.
February was particularly hot.According to Dealogic, the dollar value of mergers and acquisitions worldwide hit $238.6 billion in that month alone, the highest total since $286.3 billion in October 2000.Those old enough to remember the frenzy of 1999-2000 will be wondering, however, if things have got a little bit too hot out there.