Ford Motor Credit sold more than $1.5 billion of three-year samurai bonds in Tokyo in February, its biggest-ever sale of yen-denominated bonds in a single issue. 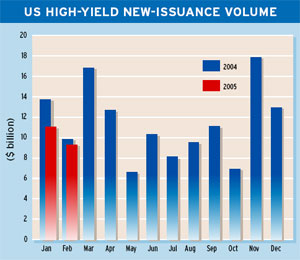 The US company paid a coupon of 1.71%, or a spread of 1.35 percentage points over the yen London inter-bank offered rate, or yen Libor.
Bank of America sold $1.7 billion of five-year samurai bonds last November, the largest such sale in more than two years.

Samurai bonds are debt securities issued by non-residents in the Japanese domestic market.

The appeal of the samurai market to foreign borrowers is obvious from the low interest rates that issuers pay.

Low interest rates aren’t the only reason that foreign bond markets are attracting companies from outside the domestic market.

In Australia, where interest rates are higher than in the US, the kangaroo bond market for issues denominated in Australian dollars is also hopping with North American corporate borrowers.

The main reason for the growth in kangaroo bonds is a desire by corporate borrowers to diversify their funding, according to the Australian Bureau of Statistics, a government agency. About 70% of kangaroo bonds are sold to Australian residents.

The growth of non-government bonds, such as kangaroo bonds, also is due in part to the reduction of Australian government bond issues. Foreign financial institutions have been the main issuers of kangaroo bonds for the past four years, accounting for about two-thirds of the total.

Global foreign market issuance of debt securities totaled $10.6 billion in the first two months of 2005 and was evenly split between the three most-active markets: samurai, kangaroos and Yankee bonds, which are dollar-denominated bonds issued in the US by foreign companies.

“Kangaroos have bounced back to 32% of foreign market issuance in the first two months of 2005, compared to a five-year low of 3% in the same period of 2003,” says Karl Waltré, analyst at Dealogic. 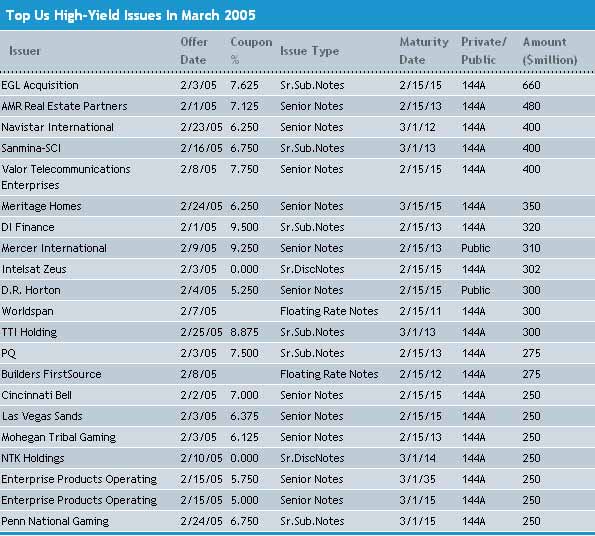