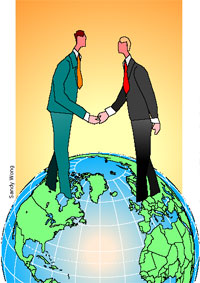 The value of mergers and acquisitions in Europe that were financed by private equity firms rose 25% last year, to $147 billion, according to Dealogic.

The rash of deals in recent months with financial sponsors seems to portend another big year for private equity buyouts in 2005, according to industry participants.

Also in February Texas Pacific, another active US private equity firm, planned to acquire British Vita, a Manchester-based manufacturer and wholesaler of polymer-based products, in a $1.2 billion LBO.

But the deal that attracted the most attention in February was the offer by US buyout group Blackstone to buy a majority stake in Wind, the third-largest Italian telecom, in a bid that valued the company at $16.6 billion. If successful, the Wind buyout would be the largest LBO ever in Europe, and worldwide it would rank second only to Kohlberg Kravis Roberts’ buyout of RJR Nabisco in 1989.

Meanwhile, Barclays Private Equity announced the final close of its second European Mid-Market Fund in February. The fund attracted €1.65 billion within two months. “We only started formally marketing the fund in December 2004 but have still had to turn many potential investors away, as we were very quickly oversubscribed,” says Brian Blakemore, director of investor relations at Barclays Private Equity.

The fund intends to invest in up to 50 companies in Britain and continental Europe over the next four years.

While economic growth around the world is strong, European economic growth is spotty and must be viewed on a country-by-country basis, says Jeffrey Montgomery, managing partner at London-based GMT Communications Partners, Europe’s largest independent private equity group focused on the media and telecommunications sectors. 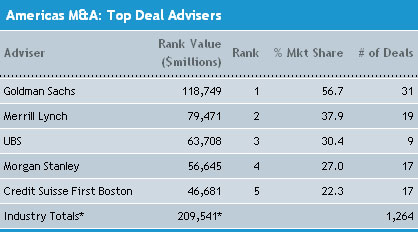 “Yet European media and telecom buyout activity remains very high in 2005, as does the level of corporate merger and acquisition activity,” he says.

The trend toward higher levels of deal activity will continue well into 2005 and perhaps beyond, Montgomery says, noting that Europe is at an early stage of its industrial restructuring. “There is a lot of work to be done,” he adds.

The debt markets continue to provide strong support for dealmakers, Montgomery says, and the supply of equity financing continues to be strong as well.

“The current high-yield and debt-issuance pipeline volume is high and heavily populated with buyout transactions and a healthy percentage of media and telecom issuers,” he says. “The increased deal volume is also taking place against a background of stronger growth in advertising spending in Europe,” he adds. 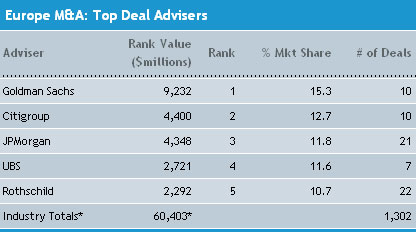 Growth in advertising spending in Europe was 3.3% in 2004, compared to 2.8% in the US, according to Montgomery. Advertising expenditures in Britain rose 6.5%, followed by 4.7% in Italy, an economy with very low growth in gross domestic product, he says.

Europe is unexpectedly outperforming the US in this area, Montgomery says. Last year, Europe’s advertising growth accelerated, while growth in the US gradually slowed compared with initial expectations. “We view continental Europe as most appealing now,” he says. “Europe usually follows the US advertising cycle, which had been strong.”

GMT Communications Partners closed its latest private equity fund of E365 million at the end of 2000, from which it is still actively investing. “We are about 80% invested and will likely start a new fund sometime this year,” Montgomery says.

The uptrend in the European private equity market is being driven mainly by major takeovers. “Prices are shooting up due to the stiff competition between bidders,” says Jürgen Schaaf, analyst at Deutsche Bank in Frankfurt. The debt portion of deals has risen significantly, he says. 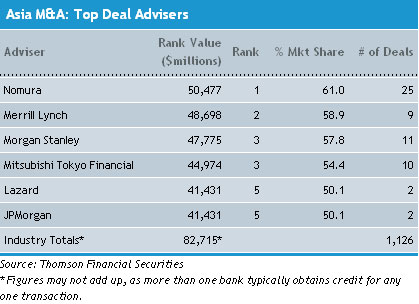 “The flipside of the buy-out dominance is that financing for early-stage investments is increasingly drying up,” Schaaf says. Practically no money is going into seed money to finance technology startups.

The German private equity market as a whole is growing solidly, with buy-outs essentially determining the rate of growth, Schaaf says.

While Germany attracts a large number of foreign private equity firms that finance big takeovers, it has virtually no domestic participants in this sector, according to Schaaf.


Cross-border M&A; transactions within Europe reached an announced $43.9 billion between January 1 and March 10, 2005, compared to $17.5 billion in the same period of 2004, according to Dealogic.

Intra-European cross-border deals accounted for 42% of all European-targeted merger activity in the 2005 period, up from 10% in the year-earlier period.

The biggest such cross-border deal in 2005’s year-to-date total was the acquisition of Spain-based Amadeus Global Travel by UK-based private equity firms Cinven and BC Partners.

Meanwhile, Switzerland-based Novartis became the world’s largest maker of generic drugs by agreeing in February to buy Hexal of Germany and 68% of Eon Labs of the US for a total of more than $8 billion.

Novartis plans to acquire the remainder of Eon Labs for about $1 billion through a tender offer and to merge it, as well as Hexal, into its Sandoz unit, which is currently the number two generic-drugs manufacturer worldwide.

In the financial services sector, Sweden-based Swedbank agreed to acquire the remaining 40% stake it did not already own in Estonia-based Hansabank for $1.8 billion.

Following eight months of wrangling over the merger ratio, MTFG and UFJ definitively agreed in February to merge in a stock-swap transaction valued at more than $41 billion.

The merger of the two banks, effective next October, will create Mitsubishi UFJ Financial Group, the world’s largest financial services company, surpassing both Japan’s Mizuho Financial Group and Citigroup of the US.