When Frutarom Industries, an Israel-based producer of flavors and ingredients for food and beverages, launched its initial public offering in February, it chose to list its global depositary receipts on the London Stock Exchange instead of in the US.

Historically, most Israeli companies venturing into global markets have listed their shares on Nasdaq, but the LSE has been making inroads in the past year with a half-dozen Israeli listings. 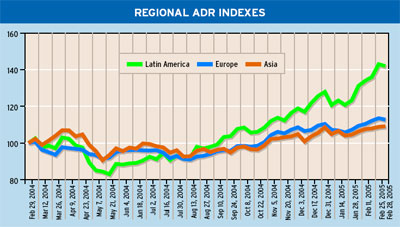 Frutarom Industries is the first large Israeli industrial company to seek a listing in London, according to lawyers at White & Case, which represented the company in its IPO. Adamind, a media software provider, recently became the second Israeli company to list in London this year.

Israel is Nasdaq’s largest market in terms of listings of companies based outside of North America. The electronic exchange currently trades shares in 73 Israel-based companies.

Nasdaq and the LSE both have sent teams of senior officials to Israel in recent months to drum up interest from Israeli companies, particularly those in the technology sector.

LeadCom Integrated Solutions, an Israeli provider of wireless networks, plans to list in London this month.

While focusing their campaign on London’s AIM, or alternative investment market, LSE officials are encouraging Israeli companies to seek listings on London’s main market as well.

In the case of Frutarom Industries, the company’s GDRs also were made available to qualified institutional investors in the US pursuant to Rule 144A.

Frutarom’s offering comprised both a sale of new shares by the company as well as secondary sales by its majority shareholder, the ICC Group, for a total of $91.5 million.