Milestones : Dollar slides as fears grow over funding the widening us trade deficit … 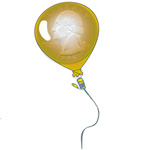 The Treasury report showed that US net portfolio investment totaled $66 billion in January, which fell short of the January US trade deficit of $68.5 billion. Foreigners bought a net $4.4 billion of US treasury bonds in January, the lowest since February 2003 and down from $18.3 billion in December 2005 and a record $54.5 billion in November. US bond prices fell and yields rose on the news.

Some economists worry that mounting US budget and trade deficits could send the dollar into a steep decline. They warn that the US economy has become too dependent on foreign investors who provide much of the money the government borrows to cover its deficits. Others say that while the twin deficits are unsustainable in the long term, the trade deficit is a sign that the US economy is strong and that American consumers still have money to spend on imports.