Focus: Nafta : Who’s Who In Nafta

Global Finance names the most influential and important people in Nafta commerce and finance.

Herminio Blanco
CEO
Consultoria Soluciones Estrategicas
Mexico
Herminio Blanco is a consultant advising companies on taking advantage of Nafta. From 1994 to 2000 he was Mexico’s secretary of trade and industry and was the chief Mexican negotiator for Nafta. He was also chairman of the National Council for Deregulation and chairman of the Advisory Council for Trade Negotiations.

William Clay Ford Jr.
CEO
Ford Motor Company
US
William Clay Ford has been chairman of Ford Motor, one of the top automakers in Mexico for export to the US, since 1999 and a member of its board of directors since 1988. He also served as CEO from 2001 to 2006. He first joined Ford in 1979 as a product planning analyst and subsequently held a variety of positions in manufacturing, sales, marketing, product development and finance. 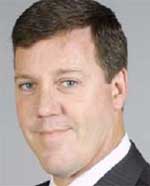 Michael Gallagher
Executive Vice President, Global Transaction Banking
HSBC
US
Michael Gallagher joined HSBC North America, one of the leading financial services companies in the region, in 1997 as a senior vice president, head of corporate and institutional sales. He also currently serves as global head of financial institutions clearing and bank note services within Global Transaction Banking. Prior to joining HSBC, he held a variety of senior positions at CoreStates Financial Corp. in Philadelphia, New York and Tokyo.

Linda Hasenfratz
Chairperson
North American Competitiveness Council
US/Mexico/Canada
and CEO, Linamar Corporation
Canada
Linda Hasenfratz heads the North American Competitiveness Council, a tri-national working group composed of some of North America’s largest companies, which aims to take integration beyond Nafta. At the same time, she is CEO of Linamar, a manufacturer of auto components, assemblies and castings, a position she has held since 2002; prior to that, she was president from 1999 to 2004 and chief operating officer from 1997 to 1999. She joined the company in 1990.

Craig Herkert
President and CEO, Americas
Wal-Mart Stores International Division
US
Craig Herkert has operating responsibilities for Canada, Mexico, Puerto Rico and South America at Wal-Mart Stores’ international division, which sells Mexican, Canadian and US products in each of the three Nafta markets. Before his promotion in 2004, he served as executive vice president and chief operating officer of the international division. He joined Wal-Mart in 2000.

Manuel Medina-Mora
CEO, Latin America and Mexico
Citi
US/Mexico
Manuel Medina-Mora has been chairman and CEO of Citi Latin America and Mexico since 2004. Citi was a key promoter of Nafta and provides corporate finance for Mexican and foreign companies through its Banamex Mexican subsidiary. He started his career with Banamex in 1971 and in 1990 led Banamex’s privatization. In 1991 he became the deputy president responsible for Grupo Financiero Banamex-Accival’s strategy and corporate development and was appointed its CEO in 1996 and CEO of Banamex from 2001 to 2006.

Valentin Díez Morodo
Chairman
Consejo Mexicano de Comercio Exterior
Mexico
In addition to being chairman of Consejo Mexicano de Comercio Exterior (the Mexican Business Council for Foreign Trade, Investment and Technology), an umbrella organization for businesses involved with trade, investment and technology, and president of the Mexico-Spain section of this organization, Valentin Díez Morodo is a member of the Mexican Business Council and president of the Mexican Institute for Competitiveness.

Jayson Myers
President
Canadian Manufacturers & Exporters
Canada
In addition to serving as president of the CME, Canada’s largest industry and trade association, Jayson Myers is the chairperson of the Canadian Manufacturing Coalition, an alliance of more than 30 industry associations. He is a respected economic commentator and advises ministers for international trade and for industry and the Canadian Border Services Agency.

Robert Nardelli
Chairman and CEO
Chrysler
US
Prior to joining Chrysler, one of the top automakers in Mexico for export to the US, in 2007, Robert Nardelli held a similar post at The Home Depot, the world’s largest home improvement retailer, a company he joined in 2000. In January of 2003 he was selected by president George W. Bush to serve on the President’s Council on Service and Civic Participation. 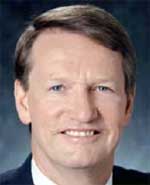 George Richard “Rick” Wagoner Jr.
Chairman and CEO
General Motors
US
Rick Wagoner has been chairman and CEO of General Motors, one of the top automakers in Mexico for export to the US, since 2003. Prior to that, he had served as president and as chief operating officer. He began his career with GM in 1977 as an analyst in the treasurer’s office in New York and held a variety of positions with the company in Brazil, Switzerland and Canada. 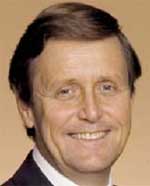 Rick Waugh
President and CEO
Scotiabank
Canada
Rick Waugh has been president and CEO of Scotiabank, which maintains a strong global transaction presence across the Nafta region, since 2003. He joined the bank in 1970 and has served in the investment, corporate, international and retail banking areas.


Lorenzo H. Zambrano
Chairman and CEO
Cemex
Mexico
Lorenzo Zambrano was named CEO of Cemex, one of the world’s largest cement companies, with production and sales throughout the Nafta region, in 1985 and has served as chairman of the board since 1995. He joined the company in 1968.

This article appeared in issue April 2008