The first central counterparty clearinghouse for credit default swaps (CDS) began operating on March 9, the same day that perceptions of default risk among the largest derivatives market makers in the over-the-counter market rose to an all-time high.
With an exemptive order in hand from the US Securities and Exchange Commission, Atlanta-based IntercontinentalExchange (ICE), which operates regulated global futures exchanges as well as OTC markets, commenced operations of ICE Trust. This central clearinghouse was designed to meet the operational and risk management needs of the $27 trillion CDS market, following calls by regulators to reduce systemic risk.
New York-based ICE Trust got a jump on numerous other clearing entities in the US and Europe that would like to be the central clearinghouse for these instruments. CDS are agreements between two counterparties, typically for five years, in which the buyer makes periodic payments to the seller in return for a promised payoff if a third party defaults.
“Robust counterparty risk management is a cornerstone to the success of privately negotiated derivatives and of the ISDA architecture,” says Eraj Shirvani, chairman of the International Swaps and Derivatives Association (ISDA), the global trade association for OTC derivatives, which developed master agreements to document transactions. “The development of options that deliver strength, flexibility and transparency to clearing and settlement are key to the evolution of CDS,” says Shirvani, who is also head of fixed income for Europe, the Middle East and Africa at Credit Suisse.
The startup of ICE Trust came one week after regulators approved ICE’s acquisition of The Clearing Corporation (TCC), the former clearinghouse for the Chicago Board of Trade. ICE completed its acquisition of TCC on March 6, and ICE Trust will use TCC’s methodology to determine margin requirements, guaranty-fund requirements and official daily-settlement prices. ICE Trust also signed an agreement with Markit to produce prices required for mark-to-market accounting.

Clearing Starts with Indexes
ICE Trust began operations last month by clearing North American Markit CDX indexes. It plans to add liquid, single-name CDS in the coming months. In addition to TCC, ICE Trust recently acquired Creditex, a CDS trade-execution venue, and T-Zero, a CDS trade-processing platform, giving it a comprehensive CDS infrastructure.
The ICE Trust clearinghouse received approval for operation from the Federal Reserve and the New York State Banking Department, in addition to the SEC. ICE injected $35 million into the trust’s operations, as required under bank capitalization requirements, and $10 million into its guaranty fund. ICE also said that over a two-year period it expects to increase its contributions to the guaranty fund to a total of $100 million.
“The market’s perception of default risk among the largest OTC derivatives market makers hit all-time highs on Monday [March 9] as concerns over capital adequacy and asset valuations led to growing uncertainty over solvency,” says Tim Backshall, chief strategist at Walnut Creek, California-based CDR, an independent provider of credit research, analytics and index products.
“It is ironic that the CDR Counterparty Risk Index hit its all-time highest levels on the same day that the long-awaited CDS centralized clearing counterparty began functioning at ICE,” Backshall says. The index, which is composed of 14 banks in which CDS counterparty risk is concentrated, was higher than its previous peaks during the Lehman Brothers and American International Group troubles in late September 2008.

Orderly Windups Prevail
According to a report released March 9 by the Senior Supervisors Group, financial institutions, dealers and service providers managed their CDS in an orderly manner in the second half of 2008, despite Lehman Brothers’ bankruptcy and the first bailouts of AIG, once the world’s largest insurance company. The report said there were no major operational disruptions or liquidity problems in the second half of last year, a period that included an unprecedented 12 credit events for CDS, three of which were in Europe, resulting in the termination of a large number of credit derivatives contracts. Credit events, such as bankruptcy by the covered third party or failure to pay debt, trigger payment obligations by the seller of the protection against default.
An auction-based settlement mechanism introduced in 2005 enables net settlement of the affected contracts. Creditex and Markit conduct the auctions on their platform. “The management of multiple credit events in a short time period gave market participants considerable operational experience under conditions of stress,” according to the supervisors’ report. The group includes regulators from the US, Canada, the UK, France, Germany, Switzerland and Japan.
“Formalizing market-wide and internal procedures will reduce the operational risk associated with auctions and help market participants address unexpected developments,” the group says. Having all CDS trade information in one centralized infrastructure will make it easier for firms to identify affected trades, it says. 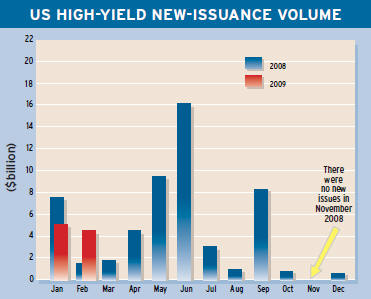 “Big Bang” Protocol Due
ISDA plans to publish its repeatedly delayed “big bang” protocol for market participants as early as this month. This document will provide the market with an efficient means to amend their existing CDS trades to use the auction mechanism in future credit events.
Bank of America, Barclays Capital, Citi, Credit Suisse, Deutsche Bank, Goldman Sachs, J.P. Morgan, Merrill Lynch, Morgan Stanley and UBS are the initial clearing members of ICE Trust. They all have contributed to its guaranty fund, which will continue to grow as positions are shifted to the central clearinghouse.
“Each of these participants has completed a rigorous technical testing and validation process over the past several months,” ICE Trust said in a release. Participants began transferring bilateral CDS trades to the clearinghouse for processing and clearing as of March 9.
ICE announced in February that ICE Clear Europe, which clears energy markets in Europe, is working with industry participants and regulators to develop a CDS clearinghouse for Europe-based products. ICE is competing to offer CDS clearing with Chicago-based CME Group, NYSE Euronext and Eurex, a derivatives exchange jointly operated by Deutsche Bˆrse and SIX Swiss Exchange.
In December 2008 the SEC approved Anglo-French clearinghouse LCH.Clearnet, which was formed by the merger of London Clearing House and Clearnet, to operate a US CDS clearinghouse. The leading securities clearinghouse in Europe, LCH.Clearnet may convert to a user-owned utility in an attempt to remain independent. New York-based Depositary Trust and Clearing Corporation (DTCC) offered $926 million last October to acquire the European clearer. DTCC was due to sign final terms for the deal as Global Finance went to press. Meanwhile, interdealer broker ICAP joined a group composed of eight banks and the London Stock Exchange that was considering a competing bid in an effort to keep LCH.Clearnet in European hands.