Trade finance is stabilizing, but caution is the watchword in an industry still reeling from the effects of the financial crisis.

Throughout the financial crisis, trade finance, that unglamorous function within a bank that is often assigned to some operational backwater, really came into its own. Suddenly, political heavyweights like US treasury secretary Timothy Geithner were concerning themselves with the “plumbing” that supports the global trade system. “Last year at the G-20 summit in London when [French president] Nicolas Sarkozy and [US president] Barack Obama spoke about trade finance, they may not have known what it really was,” remarks Kamel Alzarka, chairman of Falcon Group, which facilitates trade in emerging markets. “However, they realized that trade finance is the lifeblood of the economy.” 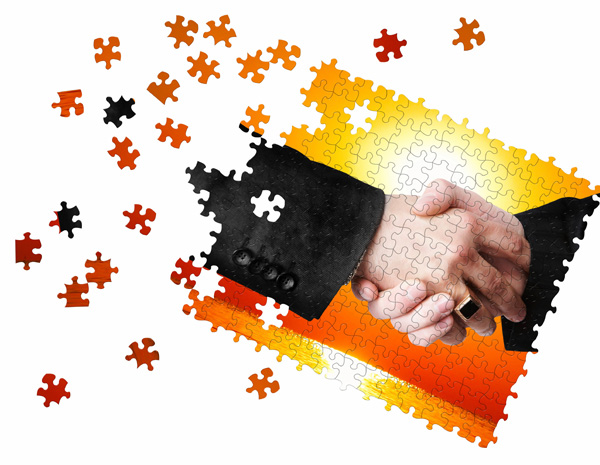 At that summit, political leaders pledged $250 billion to boost trade. Although the crisis started in the financial sector, it had a knock-on effect on global trade. Ashutosh Kumar, global head of trade product management at Standard Chartered, says that in 2009 trade volumes declined between 12% and 15%. The decline in trade was attributed to a number of factors, including falling consumer demand, increased protectionism and a lack of credit or trade finance, with World Bank president Robert Zoellick estimating trade financing issues contributed to as much as 15% of the decline in trade.

According to a March 2009 report, Rethinking Trade Finance, published by the International Chamber of Commerce (ICC), approximately 50% of companies surveyed said trade credit lines available from banks had declined between the end of 2007 and the end of 2008. Four in 10 said they faced an increase in fees for commercial letters of credit (LCs), standbys and guarantees. “During the crisis, many export-orientated companies were unable to raise—or had to pay considerably more for—finance for their own working capital needs even if they did have relationships with a large number of banks or, in the case of SMEs, just one or two providers,” says James Pumphrey, director of Deutsche Bank’s structured trade and export finance team.

The secondary market in trade risk was also severely affected. “We would go into the market and nobody was there or they were on the other end of the telephone saying, ‘Sorry we are not doing anything,’” says Kumar. In the secondary market, the banks’ shoes were filled to some extent by joint private and public sector initiatives such as the IFC’s $3 billion Global Trade Liquidity Program (see box). Export credit agencies (ECAs) also played an enlarged role during the crisis. Sweden’s ECA, for example, received parliamentary approval to increase its guarantee limit. It can now issue guarantees for up to SEK500 billion ($69 billion) and says demand for guarantees is still at a high level. It backed more than 1,400 transactions in 2009—a record in its 77-year history.

A number of the banks that disappeared from the secondary market at the height of the crisis have since returned, says Kumar, and he adds that prices are softening again. But can customers expect the same level of support from their trade finance banks that they received prior to the crisis?

A trade confidence index published by HSBC last September sheds some interesting light on customers’ expectations of their trade finance banks. HSBC surveyed more than 3,500 exporters, importers and traders in 12 major global markets, and while almost 60% of respondents globally said they did not expect their access to trade finance to change, 31% expected greater access. However, in the United Kingdom, 45% of companies said they would rely on their own capital compared to 29% that would seek bank support. “Strongly capitalized banks like HSBC will continue to have the appetite and the capability to support customers’ trade finance needs as confidence and activity returns,” stated William Nowicki, head of trade and supply chain, HSBC North America.

“If they are a customer of the bank, we will follow them no matter what industry they are in,” says Jean-Paul Riolacci, head of global trade solutions at BNP Paribas. John Ahearn, global head of trade, Citi Global Transaction Services, says Citi’s priority is servicing its customers, which typically are large global companies. He adds that industry sector is also important in terms of who the bank extends credit to. “For example, in certain industries, which remain stressed, we are not lending at levels going back four or five years ago,” Ahearn says.

Although trade finance pricing has softened somewhat, Kumar says it is unlikely to go back to the way it was before the crisis, as banks were not pricing for risk back in 2007. Banks may also now be viewing certain trade finance deals slightly differently. “Before the crisis, 90% of our funding was geared towards large corporate banking clients and 10% was opportunistic,” says Ahearn. “Post-crisis, for Citi and our major competitors, 99.9% of our assets are going to core clients of the bank. More boutique deals are not getting done and have probably gone forever.”

Banks are also concerned about the impact Basel II is having on trade finance, as it does not assign favorable capital ratings to what banks consider to be short-term financing. Riolacci of BNP Paribas says that, under Basel II, trade finance is treated similarly to an overdraft, which is not favorable to the banks. Ahearn is equally concerned, particularly if LCs are treated similarly to credit default swaps. “Ultimately, if banks have to put more capital against their trade business, two things are going to happen,” he says. “Firstly, you will see banks de-emphasize the product if it is treated the same as the capital markets business. Secondly, if you look at trade finance as unsecured, unstructured one-year lending, which it isn’t, capital allocation goes up. That means pricing will go up. This is not beneficial for the economic recovery.”

However, Kumar says banks can minimize Basel’s impact if they are prepared to change the way they conduct trade finance. Standard Chartered has “a preference for structured trade finance transactions,” he says, “as they require less capital. We are embedding Basel II within our trade finance business, and by doing that we are minimizing some of the impacts.”

Standard Chartered says it has also managed to find investors for a series of synthetic securitizations of trade finance loans. The first, back in November 2007, was valued at $3 billion and entailed selling to investors the credit risk of a diversified pool of 13,000 trade finance loans extended to more than 1,500 borrowers in 23 countries. It has since closed two other similar deals. As Kumar explains: “The days when the trade finance department of a bank takes all the risk are gone. With synthetic securitizations the credit department of a bank is one of the investors alongside pension funds, private equity and hedge funds.”

The question now is whether there is sufficient liquidity to support a sustained recovery in trade. Pumphrey says that banks are more prepared to lend but they are extremely cautious about how they use their liquidity, balance sheet and credit risk limits. “Banks will closely identify the strategic rationale for lending and the opportunity for ancillary business including the provision of trade finance,” he says. “If lending can be specifically trade related, this is a positive, so overall there should be sufficient capacity in the bank market to support the recovery in trade.”

While there may be sufficient market liquidity to meet today’s demand, Ahearn is concerned that a dramatic spike in trade volumes could create problems, particularly if commodity prices start to increase again. “If you are financing a shipment of oil at $80 a barrel, which is the current price for crude oil, the bank’s exposure is approximately $43 million, and if oil goes back up to $150 a barrel, the exposure for the bank could be somewhere in the region of $80 million, which would take capacity out of the trade finance market pretty quickly,” says Ahearn. The specter of sovereign risk or default could also create capacity issues, he adds.

So is it too early to talk of a recovery in trade? Ahearn says the jury is still out. “Confidence may be returning among exporters in China, but what you are also seeing is the central bank there tightening credit,” he says. “China has a long way to go in creating domestic demand. And when I look at consumer demand in the US and Western Europe, with a few exceptions, I don’t see consumers rushing back to the markets. I’m not sure we’re out of the woods just yet.”