How Safe Is Your Safety Net?

The fallout from the financial crisis is prompting risk managers to take a cold, hard look at their insurance providers. Many do not like what they see.

Don’t let that financial strength rating slip below an A- if you’re a global insurance carrier catering to the commercial insurance needs of today’s increasingly wary multinational insurance buyer. As once-venerable financial institutions have gone under and confidence in the credit ratings handed out by the global ratings agencies has been shaken, corporate executives are scrutinizing the data lying beneath the financial strength ratings assigned to their property and casualty insurers.

The top grades have become especially important for risk officers buying cover for the so-called “long-tail lines” like product liability or protection for lawsuits filed against their directors and officers. Unlike short-term property claims for losses stemming from a fire or hurricane that will be resolved over the coming 12 to 18 months, a long-term claim might not be paid out for more than a decade after a policy is sealed. Understandably, corporate executives increasingly want to be convinced that an insurer will be in business for the long haul. 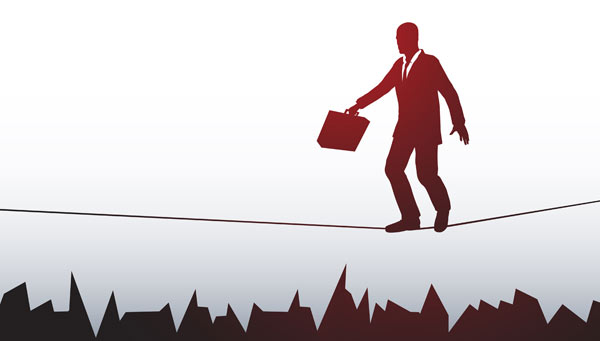 “Crystal-ball gazing is always difficult,” says Chris McGloin, risk manager at Invensys, a British engineering company based in London with operations in more than 60 countries. “But the higher rating is especially important when it might be 10 years for the claim to be paid out. You don’t want to go below an A-.” Adds Eric Andersen, chief executive officer at Aon Risk Services in Chicago: “Customers want at least an A- rating…that’s the bar of entry. If you have a BBB, you’re usually not going to be considered. You’re not going to get into the club.”

While only one facet of gauging an insurer’s financial health, the comparison of financial strength ratings can be a tricky exercise for any corporate financial officer trying to compare insurance products. The cast of players in the ratings game is a bit different than in the credit ratings sector, the array of insurers being assessed is constantly shifting, and the methodology in use among the ratings agencies varies considerably. “Financial strength ratings for carriers can be a wilderness of information without a compass,” says Lance Ewing, a former vice president of risk management at Harrah’s Entertainment in Las Vegas. He adds that the major ratings agencies have “varying degrees of testing the metallurgical financial potency of the carriers and their subsidiaries.”

“The ratings are never comparable or able to be benchmarked, as each agency has its own methodology,” adds Ewing, a past president of the Risk and Insurance Management Society (RIMS), a professional risk managers association based in New York City.

While Standard & Poor’s, Moody’s Investors Service and Fitch Ratings are well known for the ratings they levy on the debt and currencies of corporations and countries around the globe, A.M. Best Company is a less familiar name in the boardrooms and executive offices of global corporations.

Yet A.M. Best has been issuing financial strength ratings on insurers for more than 100 years. Headquartered in Oldwick, New Jersey, with offices in London and Hong Kong, the company issues financial strength ratings on more than 4,000 insurers, both property-casualty and life-health, around the world. That includes about 3,500 insurance companies based in the United States and more than 600 non-US insurers, including 228 based in Canada, 97 based in Bermuda and 73 based in the United Kingdom, as of March 2010. “Best has been used by the risk management community and is well known by the community. But the CFOs tend to be more familiar with the ‘big name’ rating agencies and ask to see their data as well,” says Andersen.

That means risk managers have their work cut out for them as they soothe executives and board members unnerved by the 2008-2009 economic crisis and the well-publicized financial woes of the derivatives unit of American International Group, whose property-casualty division was an integral part of the global insurance market. In July 2009 AIG spun off this line of business into a special-purpose vehicle called Chartis. Plans to take part of the unit public have been put on hold.

Analysts say different ratings agencies have built reputations in the insurance sector in various regions of the world. Best, for example, is recognized for its insurance ratings in the United States, where insurance is regulated by each state. “In the US, Best is the de facto rating agency,” says Sally Bramall, managing director of the global carrier management team at insurance broker Willis in London. Best is also very strong in Asia, she adds. Standard & Poor’s has a strong presence in Europe, where it has built up its operations over the past two decades, while Fitch Ratings stands out in Latin America, as it has purchased several regional agencies over the years.

Another complexity in the insurance ratings game is that not every rating agency assigns a grade to the worldwide operations of a global insurer. Unlike the clear-cut rankings by global revenue of the world’s largest corporations in a particular industry, such as banking or consumer products, a universal ranking of the world’s largest commercial property insurers by worldwide premiums is difficult to obtain—if it exists at all.

Some rankings of the largest global insurers, such as an annual list issued by the Insurance Information Institute in New York City, includes writers of personal insurance lines like Allstate in the United States or the Mapfre Group in Spain. Conglomerates such as Berkshire Hathaway, whose revenues do not come solely from property and casualty insurance, are also included in corporate rankings as global insurers.

Combine that with the different methodologies used by the various agencies, and a comparison of the ratings on the overall operations of global insurers is tricky. “It’s worthwhile to have multiple opinions,” says Bramall. “And ratings are just one of multiple factors that a company needs to look at when choosing who to partner with.”

That is where global insurance brokers come in. And risk officers are increasingly partnering with their brokers to use the data gleaned from the insurers themselves, the ratings agencies and the brokers’ own analytical teams.

“Credit ratings remain a factor in buying decisions, but they are not the only factor,” says Paul Hopkin, technical director at the Association of Insurance and Risk Managers (Airmic) in London. “Insurance buyers are placing more emphasis on the advice from brokers about [financial strength] ratings.” Airmic has a membership of risk managers from nearly 850 companies that represent the insurance buyers for about 75% of the FTSE 100.

One immediate reaction of risk managers to the economic crisis and the loss of confidence sparked by AIG’s financial woes has been to diversify the number and type of insurers in their global insurance programs. “The offer of a discount from an insurer to consolidate all insurances with one carrier is no longer as attractive as it was three years ago,” Hopkin adds. ”Risk managers are spreading the risk. They don’t want to put all their eggs in one basket.”

Ewing says the financial meltdown of 2008 has forced risk managers to take “a deeper dive into their corporate due diligence.” He adds, “No one thought Bear Stearns had problems,” referring to the old-line global investment bank that collapsed in 2008 before its fire sale to JPMorgan Chase. In addition to viewing an insurer’s financial strength ratings, a multinational needs to be investigating pertinent information about their insurers, such as the company’s length of time in the business and the past history of its payment cycle, especially for the line of business for which the policy is written.

“You want to make sure the insurer is interested in your business. Insurance is a business of relationship and trust, not just transactions,” Ewing adds. “You have to be able to look at someone eyeball to eyeball.”

When buying a long-term financial services product in an industry that is fairly easy for investors to enter, multinationals need to be wary of insurers that jump in and out of the market. “You have to look at what money is behind the specific policy,” says Sherbine of Marsh. “Companies can be bought and sold any day of the week.” Adds Andersen of Aon, “The barriers to entering the business are low; the pain of exit is very high.”

Small monoline insurers, or even a carrier writing only two or three types of cover, present another potential hazard. “A systemic problem, such as a hurricane, could really hurt a carrier’s ability to pay out,” says Andersen.

Marley Drainville, a risk officer at Enerplus Resources Fund, an oil and gas producer headquartered in Calgary, Canada, agrees that financial strength ratings are very important but are “only a piece” of any multinational’s risk management plan. The string of negative financial issues over the past 10 years or so—from the scandals at Enron that started the decade to the global recession that helped close it—has “put everybody on high alert,” she adds. “There is a heightened attention to risk management within every organization. And there’s a heightened need for integrity everywhere,” she says.

“It’s not just the rating,” says McGloin of Invensys. “It’s looking at the company as a whole—the service, the individuals running it, what you know about the organization. You want your insurer to be around to pay your long-term claims.”