The ability of Greece to raise significant funds in the bond market helped to calm investors’ nerves over the sovereign debt crisis in Europe last month, providing some support for the euro and slowing the dollar’s rally. The dollar’s future course will depend on risk appetite and interest rates, analysts say.

Sovereign risk, an end to quantitative easing, and pockets of weakness in the global economy are the main themes influencing exchange rates, says Thomas Harr, senior foreign exchange strategist at Standard Chartered Bank in Singapore. The dollar may strengthen further over the near term, as US investors scale back foreign investments, he says.

In the longer run, however, the euro could make a comeback, Harr says. “Our base case is that fiscal consolidation efforts by Greece and likely support from the euro area will dampen market fears over the risk of a sovereign default by a euro member country over the coming months,” he says. “This should provide a floor under the euro against the dollar.”

While the Western industrialized countries are likely to face weaker growth later in 2010, as fiscal and monetary stimulus fades, the global recovery remains on track, according to Harr. This is bullish for Asian currencies, which depend on exports, he notes. Asia is likely to attract capital inflows due to the region’s strong economic growth and fundamental demand, he says.

The European Central Bank left its benchmark interest rate unchanged last month at 1%. “The economic recovery in the euro area is on track, although it is likely to remain uneven,” ECB president Jean-Claude Trichet said in the accompanying press conference. The emphasis continues to be placed on ending fiscal stimulus measures, rather than monetary stimulus measures, says Michael Woolfolk, senior currency strategist at BNY Mellon in New York. “Without any near-term inflationary threats, the ECB will defer implementation of rate normalization in order to provide additional time for the economic recovery to gain traction,” Woolfolk says.

Trichet said that the idea of Greece being forced out of the euro was absurd. However, if Greece and other euro area members are unable to reduce their fiscal deficits in a timely manner, Woolfolk says, the European Union may need to revisit the issue of whether there needs to be an orderly process for moving members out of the eurozone.

Meanwhile, China’s central bank governor, Zhou Xiaochuan, told a press conference in March that China would eventually move away from its current exchange-rate policies, which peg the renminbi to the dollar, but that the government would maintain the basic stability of its currency. The dollar peg, which was introduced as a special policy to help exporters, could be shifted to a reference based on the value of a basket of currencies, as part of China’s efforts to gradually exit temporary policies introduced during the global financial crisis. No currency change is likely, however, until the second half of this year, analysts say.

China needs to tighten, and it could run into trouble, but it is not Dubai or Greece, says Gerard Lyons, chief economist and group head of global research at Standard Chartered Bank, based in London. “As impressive as its recent performance has been, China is still an emerging economy,” he says. “It does not have a full suite of policy tools to control its boom.”

As a result, China has a bubble in some places, Lyons says, but it would be wrong to believe it is a bubble economy. “For the Chinese authorities, the need for policy tightening is uppermost in their minds,” he says. “Yet, given the fragile world economy and the complex domestic environment, gradualism must dictate the pace at which they move.”

Standard Chartered expects moral suasion and direct controls on bank lending. “More traditional measures, such as rising interest rates and a stronger currency, will follow,” Lyons says. “China’s lead on currency appreciation is likely to be followed by other Asian countries,” he says.

It is always possible that policy could be tightened too much, triggering a property correction and a market sell-off, Lyons says. But China has sufficient reserves to cope with any domestic shock, and it is not beholden to foreign creditors, he adds.

China’s exports rose more than 45% in February from depressed levels of a year earlier, but its imports rose nearly as much. In terms of global imbalances, the US trade deficit and the Chinese trade surplus have been roughly halved as a percentage of gross domestic product over the past couple of years, says Marc Chandler, global head of currency strategy at Brown Brothers Harriman in New York. In the US’s case, the trade deficit seems largely cyclical and could rise again as the US economy recovers, he says. “In China’s case, the possibility of a structural shift is greater, though too early to tell,” Chandler says.

The US Congress is seeking action to try to pressure China into allowing its currency to appreciate. However, the decline in China’s trade surplus with the US makes it all the more difficult for the Obama administration to cite China as a currency market manipulator in this month’s report by the US Treasury, Chandler says.

Yi Gang, director of China’s State Administration of Foreign Exchange, the country’s currency regulator, says that China will continue to buy and hold US government debt, and that such an arrangement is mutually beneficial. He told Chinese media last month that the comparatively high interest rates paid on renminbi deposits and expectations that the renminbi will appreciate will attract more investment capital from abroad. That cannot be good news for the country’s efforts to control inflation, economists say. China’s annual inflation rate accelerated to 2.7% in February, but a majority of the increase was due to higher food prices.

Gross domestic product grew at a 10.7% annual rate in the fourth quarter of 2009. Inflation could rise above China’s 3% target in April, economists say. 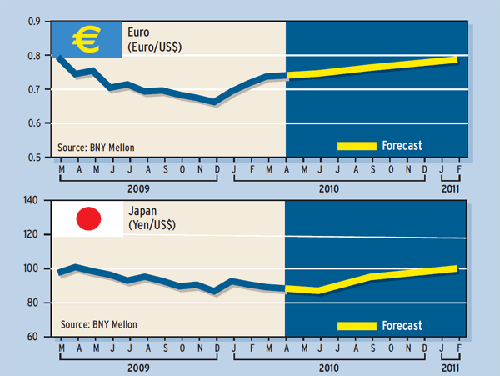 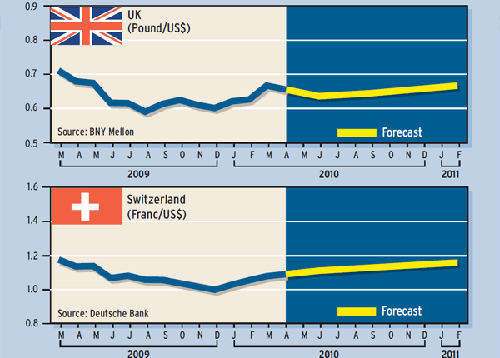 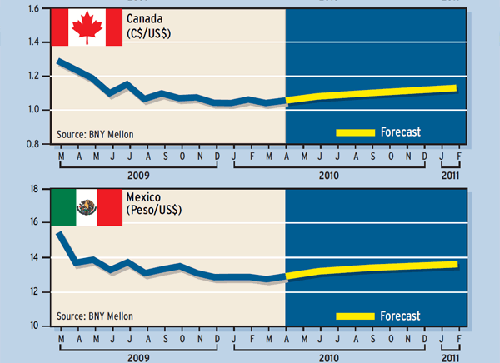