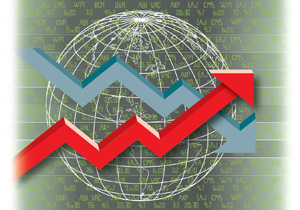 If central banks and government agencies around the world can exit accommodative monetary and fiscal policies smoothly, 2010 could be a good year for capital raising using depositary receipts, market participants say.

“The windows of opportunity will be fairly small,” says Michael Cole-Fontayn, chief executive of BNY Mellon’s depositary receipts division. “But companies that are well prepared with their project plan, display industrial logic and which have good governance and transparency, as well as access to sources of liquidity, will be able to tap the DR equity market.”

Most of the new issues this year are expected to come from the BRIC countries—Brazil, Russia, India and China. “We have already seen Rusal, the world’s biggest aluminum company, and China Hydroelectric, as well as a number of smaller India-based companies, tap the market this year,” Cole-Fontayn says. “We absolutely expect that there will be more issues from China, where I have recently met with 11 companies that are planning to come to market in the next six to nine months,” he says.

Cole-Fontayn recently returned from a trip to Latin America, where he expects companies from Mexico and especially Brazil to be active DR issuers this year. Banco Santander Brasil raised $4.5 billion last year in depositary receipts, which listed on NYSE Euronext.

The key to a favorable market environment in 2010 will be ensuring that policy stimulus is moderated in a way that does not conflict with changes in bank capital and liquidity requirements, Cole-Fontayn says. “Issues around timing and coordination among countries and regulators on macro-prudential supervision could arise,” he says. “Meanwhile, country risk has come back to the fore with Greece’s debt problems, and the ability of governments to cooperate is being tested.”

China’s efforts to restrain credit growth and the upcoming UK election are also introducing an element of uncertainty into the markets that does not readily allow corporate boards to have conviction in their decision making, Cole-Fontayn says.

The recapitalization of the financial sector around the world, and ongoing consolidation and asset realignment in the telecommunications industry, could result in new DR programs, Cole-Fontayn says. Corporate transactions, including mergers and acquisitions, will lead to the need for capital to be raised, he says.

Meanwhile, the number of unsponsored American depositary receipt (ADR) programs, which are created in response to investor demand without the direct involvement of the issuer, continues to grow. Of the more than 900 unsponsored ADR programs introduced since October 2008, when the US Securities and Exchange Commission simplified the process of gaining an exemption from registration, about 220 are actively traded.

Opportunities for foreign investment in frontier markets are also growing. Vietnam and Mongolia have done a lot of work to improve the infrastructure of their capital markets, Cole-Fontayn says. “We also feel good about frontier markets in sub-Saharan Africa,” he says. “Markets in the region have been looking for information about DR issues, including those in Angola, Mozambique and Kenya.”

Claudine Gallagher, global head of depositary receipts at J.P. Morgan, says DR capital raisings this year will follow a similar trend to 2009, with relatively moderate activity early in the year and more issues in late spring. “There are a lot of companies that wanted to come to market last year but that decided to wait,” she points out.

China likely will remain active, as it has been for the past two years, Gallagher says. “In recent years India has generated a steady flow of new DR programs, and there could be some big deals from Russia this year,” she says. There is still a lot of investor interest in foreign markets, and DRs are the best way to participate, she adds.

Russia has introduced new rules that allow Russian companies to establish Level 1 ADR programs in the over-the-counter market, Gallagher notes. Previously, these companies had to raise capital when circulating their DRs offshore.

Meanwhile, the London Stock Exchange held a series of workshops in India in March and said its future pipeline of Indian equity offerings is strong. It expects issues from the energy, resources, power, manufacturing and financial services sectors. The exchange’s largest GDR from India was Tata Steel’s $500 million issue in 2009.

Nancy Lissemore, managing director of depositary receipt services at Citi, says the pipeline of new issues is active in capital-intensive industries, such as energy, technology and financial services. “Judging by RFPs [requests for proposals] and calls from existing clients and prospects, companies are planning to come to market,” she points out. Even with the cooling of credit conditions, China will account for a large portion of this year’s issues, especially in new energy, pharmaceuticals and information technology, she says. “A potential increase in the value of the yuan would be a catalyst,” she adds.

The Russians Are Coming

“There is a lot of talk that Russian companies will be active issuers of DRs this year,” Lissemore says. Major capital raisings in Brazil are also likely, although not all of them will include DR portions, she adds.

Overall capital raisings in DR form could surpass last year’s total, Lissemore says. Investor flows to non-US equities are rising, and the trading volume of unsponsored ADR programs is also increasing. “The number of DRs issued in each of these programs is based on investor demand, and we will see increased liquidity,” she says.

The value of trading in the Asia-Pacific region has overtaken that on European stock exchanges, Lissemore says. “This change in dynamics is a precursor to the development of local DR markets in Asia,” she says. Citi has pioneered service models for Hong Kong and Japanese DRs.

Akbar Poonawala, managing director and head of global equity services at Deutsche Bank, says he is cautiously optimistic about prospects for DR capital raisings in 2010. The market environment has improved from 2009, but Poonawala says it is premature to be bullish. “So far, the evidence has been lacking in terms of big issues,” he says. “Activity in the first few months of this year has been a bit muted.”

Corporate profitability has improved, and financial institutions will need to raise capital to meet Basle II requirements, Poonawala says. There also will be some private equity exits and new issues driven by mergers and acquisitions, as well as some Level 1 OTC issues, he adds. “The fact that there has been a slowdown in issuance early this year doesn’t mean that it will continue for the rest of the year,” he says. “It is hard to say, however, at what point activity might pick up.”

Despite the rebound in capital-raising activity using DRs in the second half of 2009, the total for the year was less than half the record high of $50 billion in 2007, says Edwin Reyes, managing director and global product manager of DRs at Deutsche Bank. “Issuance from Russia was non-existent in 2009,” he says. There may be some more Russian issues in 2010, but, again, it remains to be seen, he says.

The supply of DRs is not really broadening out to frontier markets, according to Poonawala. “It is a question of risk appetite,” he says. “Investors seem to want to stick with the more established markets.” Deutsche Bank will continue to take its instructions from the market before looking to enter new areas, he says.

The Federal Reserve says US investment in non-US equities was $3.9 trillion on September 30, 2009, an increase of $1 trillion from a year earlier. 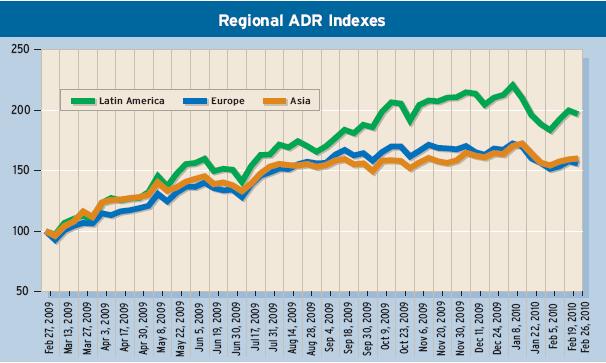