Go With The Flow

Banks are offering increasingly innovative products to help companies make the most of their internal liquidity. 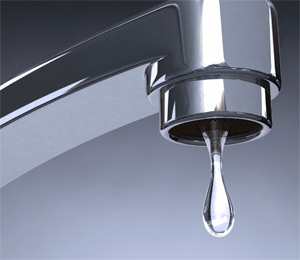 It might be hard to picture now, but just five years ago credit was so cheap that companies took it for granted. “Between 2005 and 2006, money sat idle in bank accounts getting good returns whilst bank funding was cheap,” says Swee Siong Lee, global head of global corporates products at Standard Chartered. “Treasurers were less proactive in managing liquidity as not many companies gave high priority to optimizing their liquidity through the use of regional or cross-border liquidity solutions,” he adds.

In the wake of the 2008 credit crunch the corporate landscape is very different, and there is a much more intense focus among businesses on liquidity management. “The crisis taught corporates a valuable lesson,” says Lee, although he is concerned that companies may quickly forget that lesson if credit becomes easier and deposit account interest rates rise appreciably. “The real test will come when interest rates become more favorable,” Lee adds, pointing out that liquidity management might move down the list of corporate priorities, just as it did before.

In the current low-interest-rate environment and with high margins attached to bank credit, companies have little choice other than to look internally to mobilize liquidity, says Jose Franco, global head of corporate banking liquidity at Bank of America Merrill Lynch (BoAML). “I haven’t seen such a focus on liquidity management since the introduction of the euro,” he notes.

While in the past a focus on liquidity was considered an attractive addition to the corporate mix, today the trend is more toward what Franco calls risk-based liquidity management. “Companies are looking to minimize risk, whether that is liquidity risk, currency risk or sovereign risk,” he explains. “Liquidity is the lifeblood of an organization, and companies need to ensure they are happy about how they use their liquidity. It is about ensuring you have a robust liquidity solution. Then, once companies can see their cash and control it, the question is, How do they best use it?”

The global cash management banks are lining up to help companies answer these questions. In the past couple of years banks have invested heavily in global liquidity platforms. J.P. Morgan is rolling out its Access Liquidity Solutions, a Web-based portal that provides treasurers a centralized view of their multicurrency cash positions, balances and investments. “Access Liquidity is a logical evolution for a complex, multilocation organization trying to get to grips with its liquidity,” explains Sean Crooks, a senior product manager for J.P. Morgan’s liquidity solutions. “It shows them how their balances flow up and down from subsidiary to central treasury, where those balances are being invested, and what they are yielding. It knits together the end-to-end flows, making liquidity more visible.” More and more customers want a single view of all their bank accounts in multiple locations, currencies and with multiple banking providers, says Crooks. “Multibank reporting of third-party bank accounts is the first place a company starts if they are looking to optimize their liquidity, he explains. “It is also a good way of getting visibility without having highly centralized treasury operations.”

"Companies are looking to minimize risk, whether that is liquidity risk, currency risk or sovereign risk" – Jose Franco, Bank of America Merrill Lynch

Before the global financial crisis and its knock-on effects on the stability of the world’s banking industry, the trend among most multinationals was to work with one bank for a region. Kevin Brown, head of global products for RBS’s global transaction services, says concerns over counterparty risk and credit are prompting companies to divide up regional structures into subregions. They may have “one bank covering Western Europe, another covering the Nordics, another covering Central and Eastern Europe and so on, with one bank operating an overlay-type structure to bring these all together,” Brown says. Consequently, he notes, RBS has had to structure its liquidity solutions with a greater multibank element. “Solutions such as our multibank cash concentration service, which makes it possible to automatically sweep funds from third-party banks, are particularly relevant here.”

Mario Tombazzi, regional head of product management for liquidity services at HSBC Asia Pacific, says he is seeing more demand for multicurrency-based products, particularly pooling. With multicurrency pooling, funds can be notionally aggregated. “Physical pooling [such as sweeping] is typically single-currency,” Tombazzi explains. “Cross-currency is possible but more complex in terms of compatibility with currency exposure hedging processes. With notional pooling we leave the positions unaltered without changing their ownership and denomination. That means companies are better able to manage a portfolio of multiple currencies without having to square positions every day and convert them into a single functional currency.”

Sweeping excess cash from West to East is also becoming more prevalent, says Lee of Standard Chartered. “US and European corporates want to consolidate cash in a specific location, and they do that by sweeping it to a central location to service debts,” he explains. “The same thing is starting to happen for Asian companies. They are building up revenues in other parts of the world, which they need to service debt in Asia.”

Banks are also starting to offer innovative solutions for companies looking to optimize the interest they earn on excess cash balances. Martijn Stoker, director of global liquidity management at Standard Chartered, says the bank’s “global notional aggregation” service is similar to interest optimization, but it leverages the bank’s global footprint, allowing it to take a global view of clients’ balances held with the bank, whether they are in Asia, Africa, the Middle East, the UK or North America. “We take a daily view of what the client is holding across multiple accounts and currencies in multiple locations and apply a preferential interest rate locally based on the notional aggregated amount,” Stoker explains. This solution can be combined with cross-border sweeping.

Sanjay Dalmia, CEO of India-based financial software maker Fundtech, says Europe is more advanced than Asia when it comes to liquidity management, however some of these more sophisticated structures are now being exported. “Companies such as Philips have introduced European liquidity management structures here in Asia,” he says. “Many of the European and US banks that have real-time reporting are also exporting those capabilities to their clients in Asia.”

Brown says RBS plans to expand its cross-currency notional pooling master accounts, which it currently offers in the Netherlands and the UK, to strategic locations such as Hong Kong and Singapore to enable regional treasury centers to simplify the management of multiple currency positions.

"Many of the European and US banks that have real-time reporting are also exporting those capabilities to Asia" – Sanjay Dalmia, Fundtech

However, the liquidity management techniques Western European companies often take for granted do not always translate well to other parts of the world. “Cross-border and notional pooling are permitted in Hong Kong, Singapore, Japan and Australia, whilst these cash optimization tools are strictly regulated in countries like Indonesia, India, China and Malaysia,” says Pierre Veyres, global head of global transaction banking, BNP Paribas.

Tombazzi of HSBC says Asia is not a homogenous whole but a collection of markets with varying levels of regulation. “In less-regulated markets it is optimal to use physical techniques such as sweeping and move funds cross-border to appropriate liquidity consolidation locations. In other, more-regulated countries the foreign currency can be mobilized, subject to certain criteria and constraints. In all cases where the movement of local and of foreign currency balances is more restricted, it is still possible to realize the full value of these positions by taking a regional deposit portfolio view and applying preferential pricing in accordance with the local regulations.”

Crooks of J.P. Morgan says that in restricted markets, companies should try to minimize their total exposure by having a more efficient funding process, which keeps local currency balances to a minimum. “It is not a one-size-fits-all but rather a mixing and matching of solutions,” he says. Where local foreign exchange controls prevent the movement of funds, making it impossible to include these balances within regional liquidity solutions, banks offer options such as cross-border cash optimization, which can be used to provide additional value by grouping together local credit balances to enhance the amount of interest earned.

Before the financial crisis, Tombazzi says, the industry as a whole believed Asia to be on an accelerating path to deregulation. This view has changed somewhat, with local authorities still aiming at relaxing trade-related regulations in order not to slow down the trade flows, but still maintaining strict rules around capital mobility and foreign exchange. “The local regulators are still [too] concerned [about] potential external shocks to the shallow and small local financial system to allow a further relaxation for the time being,” Tombazzi says.

Regulations in China still prevent excess liquidity from being easily moved offshore, but the expansion of the 2009 Renminbi Cross-Border Settlement Pilot Scheme, which permits settlement in renminbi for companies trading with designated mainland companies, has created both an onshore and offshore market in renminbi. “The internationalization of the renminbi means that companies approved to do trade transactions can move renminbi,” says Veyres of BNP Paribas. “They can move cash offshore in a designated framework, at least at this point in time; to a large extent it is still regulated, but now there is more renminbi flowing outside of China. The volumes in terms of trade settlement are doubling month after month, and there has been exponential growth in renminbi deposits in Hong Kong.”

Lee of Standard Chartered says renminbi balances held offshore in Hong Kong or Singapore are not subject to the same restrictions as on the mainland. He says China has resolved to make the internationalization of the renminbi a success, but it is still at the nascent stage. “They are taking tiny, measured steps, albeit in quick succession.”