The turmoil in the Middle East and North Africa and the devastating consequences of the early March earthquake in Japan are dragging heavily on Asia’s export-led, resource-intensive economic recovery. 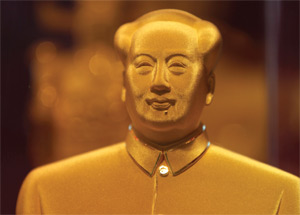 When the US economy ground to a shuddering halt in the fall of 2008, Asia followed. Although intraregional trade had been growing strongly, Asian countries could not avoid drastic effects when their export markets in the West shrank. Exports from most Asian countries fell by more than 30% in the months that followed the onset of the credit crunch, and overall growth slowed drastically.

In the first quarter of 2009, year-on-year GDP growth in China dropped to 6.1%, its lowest level in a decade. Growth slowed in India and Indonesia, and most of the region’s other economies actually contracted. Japan’s GDP shrank by its largest year-on-year rate since the country began keeping records in the mid-1950s.

The speed and force with which the crisis hit Asia undermined claims that the regional economy had reduced its dependence on the West. The speed and force of Asia’s response, however, showed that Asian countries were willing to lead their more developed counterparts toward a recovery.

Asian governments expanded deposit insurance and injected capital, while central banks lowered interest rates and reserve requirements to maintain liquidity. The countries also began spending. With their strong balances sheets, the fiscal stimulus in Asia was immense, with funding for new transportation, education, energy, housing and agricultural projects. Even Japan, whose public debt was much higher than its neighbors, launched a series of ambitious stimulus measures.

Of these stimulus plans, China’s was the largest and, arguably, the most ambitious. The country planned new investments in infrastructure and subsidies for appliance and automobile purchases. The government relied largely on its state-owned banks to disperse money through lending projects. The record-high lending volume in 2009 greased the wheels of growth not just for infrastructure-related projects but for the general economy as well.

Buoyed by the stimulus measures, Asia’s regional economy came roaring back. China’s GDP grew by 10.3% in 2010, and the country surpassed Japan to become the second largest economy in the world. India grew at 8.2% year-on-year in the final quarter of 2010. South Korea, Hong Kong, Taiwan and Singapore saw their economies expand by 6.1%, 6.8%, 10.8%, and 14.5% respectively last year. Even Japan’s growth picked up somewhat for the year, hitting 3.9%

“It is beyond doubt that countercyclical fiscal policy in Asia has been highly effective in stabilizing output and promoting recovery in the face of severe external shocks, both directly through its impact on aggregate demand and indirectly by helping maintain confidence among consumers and investors,” wrote Yilmaz Akyüz in a recent paper for the Third World Network.

In China the stimulus plan gave policymakers an opportunity to build needed infrastructure, explains Kim Eng Tan, sovereign and international public finance analyst for ratings agency Standard & Poor’s. “In the past China had plans to develop inland regions but could not risk worsening the overheating situation with more investment,” says Tan. “In the past two years they’ve been able to push through a lot of new projects, and now we see much-improved infrastructure, reduced travel time and rising wages in China’s inland regions.”

The improved development of inland regions will eventually lead to more domestic consumption, Tan believes. “As long as the climate allows manufacturers to invest in the less-developed inland areas, labor shortages and wage increases will be more common in the coastal areas, and we’ll finally see consumption rising as a share of GDP.” China’s stimulus then not only boosted the economy through its direct spending but is also facilitating development in the interior of China and, eventually, consumption. Signs of the increasing wages and consumption have already appeared. In 2010 per capita income rose by 11.5% for urban residents in China and 14.9% for rural residents. Retails sales jumped 18.4% last year.

Companies are cashing in. A recent survey of executives by consultant McKinsey found that half of all respondents that expected their companies to gain profit or revenue in emerging markets expected the majority of their gains to come from China. Despite weak export markets in the West and rising costs at home, China’s foreign direct investment (FDI) rose to a record high $105.7 billion in 2010. According to recent estimates from IHS Global Insight, the country surpassed the United States last year to become the top manufacturer in the world.

Other countries around the region have benefited from China’s strong economy. Imports to China grew by 38.7% in 2010. Indonesia, which exports raw materials to China, avoided a recession largely because of its trade with China. Mongolia, another source of raw materials, has also witnessed rapid growth.

"From there [they can then] attack the Chinese market." – Zlatica Kraljevic, Corporate Executive Board

Countries such as Vietnam and Indonesia are also benefiting as foreign companies seek out other Asian locations for manufacturing. Zlatica Kraljevic, practice leader for emerging markets at US-based business advisory firm Corporate Executive Board, explains: “Many manufacturing companies are targeting Asian countries outside of China to set up manufacturing operations and then from there attack the Chinese market.”

Emerging markets in Asia, she says, have gained in importance for Western companies. “Asia’s emerging markets were much less affected by the crisis and continue to grow at double-digit rates,” she says. “This, combined with the high population growth rates, has made Asia very attractive for Western companies. The strategic importance has increased tremendously in terms of opportunities for growth and expansion.”

Asia’s rapid rebound has not come without challenges, however, and the increasing wages hint at a key issue for policymakers: costs. The massive influx of money pouring into the financial system, through loose monetary policy, tax cuts and government spending, has contributed to higher prices. In China consumer prices rose 4.9% in February, with food and housing prices up by 11% and 6.1% respectively. In South Korea prices increased 4.5% in February, while Indonesia and Singapore both saw increases above 5%. In Vietnam prices soared by 12%. McKinsey’s survey found more than two-thirds of respondents expected prices to increase in their home countries. For those in China, the percentage was 89%.

“There’s been a big effort to elevate living standards in emerging markets, and Asian countries are becoming less dependent on the West. But can they sustain that?” Kraljevic asks. “There are some indications that China and India may be heading toward bubbles.”

Unfortunately, the efforts to tame inflation are increasingly being complicated by matters beyond the control of policymakers. The economic consequences of the earthquake, tsunami and nuclear power failures for Japan and its neighbors are difficult to predict. Beyond the tragic loss of life, the country has lost major power sources in its nuclear facilities and will need raw materials to rebuild. “Although the physical destruction largely occurred away from Japan’s industrial core, considerable near-term macroeconomic disruption should be anticipated,” says Nariman Behravesh, chief economist for IHS Global Insight. “Aside from the impact on the workforce, supply chains are affected, power may be rationed, and government finances will be stretched.”

The crisis in Japan compounds the problems the region was already facing as a consequence of the political turmoil roiling the Middle East and North Africa. Eduardo Chakarian, a principal at the Singapore office of Monitor Group who has also worked in the Middle East, says Asia is mostly affected by potential rises in energy prices. “The increased price of oil impacts Asian economies, especially the non-oil producers,” he explains. “As an example, China strongly depends on oil and oil-based products for energy and feedstock for its petrochemical industry. Japan and South Korea depend not only on oil but also on natural gas from Qatar and other Gulf countries to meet their energy needs.”

Asian manufacturers are not the only companies facing higher energy and raw material prices, and if the increased costs derail the fragile recovery in the Western markets, Asia’s regional economy could face even more significant threats. “Most major Asian economies still depend on exports,” says Chakarian. “The crisis in the Middle East came right when the global economy, especially that of the developed markets, was in a steady process of recovery from the 2008 global financial crisis. The spike in the oil price could threaten the process of recovery and severely impact Asian exports, increasing production costs and reducing purchasing power.”

If the global recovery stalls, Asian countries may again need to stimulate their economies. Japan’s budget is already stretched and will be pushed much further by the post-quake rebuilding process. Budgetary concerns would also constrain the extent of any new stimulus for other countries, such as India. The export-oriented economies of Singapore and Hong Kong have limited ability to stimulate their economies because of their small size. China still has some budgetary space to spend more, but the initial round of stimulus has already stoked concerns about the quality of the assets being amassed by the country’s banks.

A stalling global recovery would be especially bad for Asian manufacturers. These companies are already struggling because of the intense competition. Michael Griffin, executive director of the Corporate Executive Board, explains: “Surprisingly few Chinese companies are earning their cost of capital, even with the artificially low cost of debt and frothy revenue growth rates.” Making meaningful returns is only going to get more difficult, he asserts. As a result policymakers across Asia are becoming worried that another rapid drop in exports or further increases in input prices could push manufacturers into bankruptcy. The resulting effect on employment could destabilize political conditions, especially if the wave of political change in the Middle East comes eastward.