STABILITY, NOT REFORM, IS LIKELY ON THE MENU 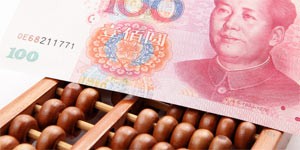 In his final opening address to China’s annual congress, premier Wen Jiabao lowered the country’s annual growth target to 7.5%, down from the usual 8%, and prioritized policies to promote social services and wage growth. The lower target reflects cooler export markets as well as efforts to diversify away from investment and exports to domestic consumption.

According to a February report by the World Bank and China’s Development Research Center of the State Council (DRC), innovation and public finance reform will underpin China’s growth over the coming years. The report suggests that China could be the world’s largest economy by 2030, but the country must push forward with drastic changes to its economic model—by reducing the role of state-owned enterprises, encouraging innovation and reforming public finances, among other things.

The need for public finance reform was made clear in February as Chinese regulators asked domestic banks to work with local governments on restructuring loans used to finance the country’s 2008–2009 stimulus package, several domestic media report. Local governments had more than 10.7 trillion renminbi ($1.7 trillion) in outstanding debt at the end of 2010, according to China’s National Audit Office, with 24% of that debt coming to maturity last year and another 17% maturing in 2012. As the country’s real estate market has cooled in recent months, local governments’ ability to raise funds through land sales has diminished.

Despite Wen’s comments and the report’s recommendations, the government is likely to focus on stability rather than reform because of the leadership change later this year.

Foreign film companies will be allowed to keep more of their box office revenues—up to 25% from the current 13%—and China is increasing its quota for foreign films allowed into domestic cinemas, following a February agreement between US vice president Joe Biden and Chinese vice president Xi Jinping. China will also allow up to 14 additional films in 3D or IMAX format.