Three pearls of Southeast Asia are beginning to glow with their own unique luminescence. Malaysia, Thailand and the Philippines are increasingly on the radar of international investors and corporations. 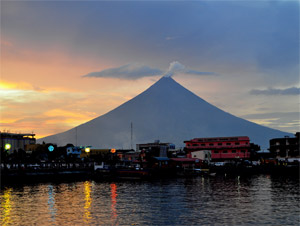 Red Hook, Brooklyn, is home to the Brooklyn cruise ship terminal. On an unassuming side street in Red Hook there exists an establishment with a very select clientele. The establishment—the Philly Pinoy—opens only when a cruise ship is in port. It caters not to the cruising crowd, but rather to the Philippine cruise ship employees—which now make up a big portion of the crew on many, if not most, of the world's floating cities.

The Philly Pinoy is one outcome of a strongly entrenched, and ever-growing, phenomenon—the advent of the Philippine overseas foreign worker (OFW). The Philippines has around 10 million OFWs working abroad now, and this labor pool accounts for 11% of the Philippine GDP—or $20 billion—in the form of remittances sent back home. And it is growing at a steady 5% a year.

The Philippines is viewed by many as an up-and-coming growth story in Southeast Asia. Thailand and Malaysia are two other countries that have also made big structural changes to support long-term growth. With robust development prospects, a relatively muted impact from broader global crises and improving governance and business climes, these three countries offer the potential for great reward for first movers. However, each comes with its own challenges as well.

Southeast Asia is benefiting from increased intraregional trade—particularly between members of the Association of Southeast Asian Nations (Asean). Notes Abdul Latiff, head of treasury services, Asean, at J.P. Morgan: "We continue to see a significant increase in inter-Asia flows—back to pre-crisis levels. We are also seeing a lot of MNCs (multinational corporations) ready to invest in Asean economies."

Alfonso Salcedo, executive vice president and group head at the Bank of the Philippines Islands, adds: " Asean trade is growing in importance. A major development will be the drop to 0% tariffs [on most goods] between Asean countries by 2015." The Asean Community Roadmap also aims for the full elimination of non-tariff barriers to trade by 2015.

For these three countries, the opportunities seem boundless. But there are clear hurdles on the way to fully realizing a long-term growth destiny.

The Philippines economy is forecast to grow at 5%-6% in 2012, according to the Bangko Sentrale ng Pilipinas, and that is expected to remain stable—or improve—over the next few years. The country boasts strong domestic consumption and a solid banking sector. "Improving asset quality, good liquidity and the favorable capital profiles of Philippine banks would act as a cushion in a significantly adverse operating environment," notes Simon Chen, an analyst at Moody's Investors Service.

The government under president Benigno Aquino III has taken steps to improve the operating environment for domestic and foreign companies. There is a public-private-partnership program under way to tackle infrastructure investment, and the government sees corruption reduction as a prime goal. The country has seen little impact from the European crisis and US slowdown, and its remittances and business process outsourcing (BPO) industries—key contributors to GDP—continue to flourish.

Gilda Velez, vice president at the Development Bank of the Philippines, says: "The outlook is quite positive for domestic growth, due to low borrowing costs: Interest rates are dropping thanks to monetary easing." The central bank reduced its policy interest rate by 25 basis points in January this year.

Those multinational companies that are willing to take the time and effort to get in on the ground floor in the Philippines could see great return on their investment. The country has relatively low foreign direct investment and is looking to open its doors. Infrastructure development, mining and tourism all present low-hanging fruit for global corporations.

Sergio Zanatti, consumer business manager at Citi Philippines, explains: "Irrespective of local market conditions, the basic rules of the game must be clear." In terms of fiscal reforms, the current administration has made significant strides in the right direction, and has begun reforming the tax and judiciary system, he adds. "Their early wins have buoyed capital market activity and for both January and February 2012, we posted record highs in foreign direct investments."

But for foreign investors complex bureaucracy is still a big challenge. Tony Cripps, president and CEO of HSBC Philippines, notes: "There is clearly an opportunity for foreign investment in the natural resources sector, but there is a disconnect between local and federal government that stops these projects from going forward. The government needs to put a framework in place that puts national needs ahead of local bureaucracy."

In Thailand, the government under prime minister Yingluck Shinawatra—which came to power in July last year—has spent a great deal of time and effort reassuring investors that stability has returned to the country after years of conflict and political divide.

GDP growth slowed in 2011—thanks in large part to severe floods triggered by tropical storm Nock-ten in July. Spending on flood recovery was significant and is expected to continue to weigh on the government budget in 2012. However, the government forecasts growth of 5% in 2012.

The Shinawatra administration has implemented a series of reforms aimed at increasing living standards and improving the business clime—including minimum wage increases and cuts in the corporate tax rate from 30% in 2011 to 20% by 2013.

In Malaysia, after three quarters of strong growth in 2011, in the last quarter figures fell in response to the global economic downturn. Malaysia is an export-driven economy, so its fate is more tightly tied to the rest of the world than that of, for example, the Philippines. Growth for 2012 is forecast at around 4%, but could be further affected should a global slowdown occur on the back of the European debt crisis.

The government has worked hard at improving its attractiveness to foreign investors, and its ease-of-doing-business ranking improved from 23 in 2011 to 18 in 2012. It has also instituted an Economic Transformation Program—to involve the private sector in infrastructure development projects.

There are plans in the works to increase tax revenue and reduce spending with the introduction of a goods and services tax and reform of current subsidy programs. But implementation could be slow, as they are both hot-button political issues.

Latiff at J.P. Morgan says: "In Malaysia government spending through infrastructure development projects coupled with tax and other incentives put forward by the ministry of finance in the last budget will support the establishment of treasury operational hubs and foreign direct investment in the country."

The treasury office in many Southeast Asian companies looks quite different than it does in Western firms. However, companies there are expanding regionally and globally, and are looking for sophisticated and unique solutions to meet their increasingly complex needs.

“The treasury function is not necessarily as formalized in Asian companies as it is in the West,” notes Bob Stark, vice president at treasury technology provider Kyriba. With cheaper labor costs in many Asian markets, there has also traditionally been less justification for replacing manual processes.

But companies in Southeast Asia are embarking on a more strategic and global approach to business, and as a result are beginning to require more comprehensive support for treasury, according to Mike Fullmer, senior vice president, SunGard AvantGard. “While in the past, reliance on manual processes and spreadsheets for functions such as cash management and reporting may have been acceptable, now these companies are requiring more-sophisticated systems and processes that can help them to remain competitive globally.”

EXPANDING IN NEW MARKETS
Treasury modernization is being driven by growth. Companies are expanding into new markets and spreading operations across borders. Sergio Zanatti, consumer business manager for Citi Philippines, notes: “Cross-border M&A is ramping up. We have several deals on at the moment and are aware of several more where international investors are looking for deals in the [region] and clients are looking overseas.”

Fullmer adds: “Corporations that are looking to extend their reach internationally need to find ways of effectively operating in both foreign and domestic markets.” Plus they are facing off against global competitors that likely already have modern treasury and finance solutions—and the inherent efficiencies that go along with that.