The EC has finally announced a legally binding end-date for SEPA migration. Now companies and their banks must get serious about migrating. 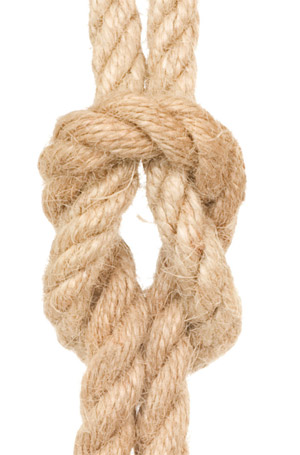 During a recent visit to her firm's Canary Wharf offices, Carole Berndt, head of global treasury solutions, EMEA, at Bank of America Merrill Lynch, noticed a dusty trophy sitting in the corner of an office. The trophy had been awarded to the bank back in 2007 for Best SEPA Implementation. Berndt's anecdote is poignant in light of the European Commission's recent announcement of a legally binding end-date of February 1, 2014, for banks to migrate to Single Euro Payments Area (SEPA) credit transfers and direct debits.

"In the euro-crisis context, [the end-date regulation] was a commitment by politicians [to show] that they're taking SEPA seriously," remarks Ruth Wandhöfer, EMEA head of regulatory and market strategy, global transaction services (GTS), Citi.

Although SEPA payment instruments are already available in Europe, with no clear end-date for migration banks have not been obligated to adopt them and corporates haven't had to migrate. The adoption of SEPA across Europe has not been uniform. According to figures published by the European Central Bank, in Luxembourg, SEPA credit transfers now make up more than 90% of all credit transfers. However, in Germany they accounted for just over 1% in the first half of 2011, and 8% in Italy. The Nordic countries however, have been proactive in adopting SEPA. In Finland only SEPA credit transfers have been transmitted between banks since November last year. Henrik Bergman, global product manager, global transaction services, SEB, says the aggressive SEPA migration timeline in Finland has spilled over into neighboring Nordic countries, with consequences for banks and customers.

With the end-date now taking the form of a regulation, the expectation is that SEPA will no longer be a nice-to-have piece of functionality, but a must-have. "The reason for the slow SEPA migration up to now has been the lack of a business case for most corporates. This does not automatically mean that the ROI of a SEPA migration project is negative for most corporates. But it does mean that such a project may not have been compelling enough when compared to other treasury projects," says Karsten Becker, senior project manager, corporate receivables, Deutsche Bank. "Of course, the now-announced end-date of February 1, 2014, makes SEPA migration a regulatory project. Thus, the need for a business case has vanished."

Yet, for some, the end-date announcement is overshadowed by the uncertainty surrounding the future of the eurozone. While speaking with corporate executives during a recent visit to the US, Berndt says some corporates felt they didn't have to worry about SEPA anymore because "Europe was breaking up." She says there is still confusion about SEPA, particularly among US companies. "If you are bound by a market that is check-based and you are largely focused on a single geography, you have to make an extra effort to understand SEPA and how to configure your international cash management structures," she says.

François Masquelier, chairman of the Luxembourg Corporate Treasurers Association and honorary chairman of the European Association of Corporate Treasurers, says uncertainty over the eurozone's future has caused some treasurers, particularly those outside the region, to repatriate funds or to move away from the euro. However, he says most European treasurers are working as if the euro will continue. "We are cautious, but we are not changing our approach with respect to SEPA," he says. "It would be a mistake to postpone projects on risks or rumors around the euro." Masquelier also welcomed the SEPA end-date announcement, saying it would force banks and wait-and-see corporates to move.

In the current market environment—where counterparty and sovereign risks are major concerns—SEPA provides a contingency, says Berndt. "If circumstances in an individual country change, which has a material impact on its clearing systems, SEPA would enable a treasurer to get funds to local accounts in that currency without having to have accounts in that country." Under SEPA, clients can use a single bank account to make euro payments to and from all countries.

Rajesh Mehta, treasury and trade solutions head, EMEA, Citi GTS, believes there is a greater sense of urgency among corporates now when it comes to SEPA. He says some corporates want to move to SEPA tomorrow, while others prefer to postpone it, as their immediate concern is to respond to the eurozone situation. "However, none of them are saying forget about SEPA," he adds.

Becker at Deutsche Bank is also seeing an increase in SEPA preparation by corporate clients. "Regardless of the level of preparedness, corporates are now starting or accelerating their migration projects," says Becker. "Given the short time left to migrate [less than two years], this is not surprising."

From the start of the SEPA project back in 2002 when the European Payments Council was formed, Wandhöfer says banks lead the effort in terms of trying to convince corporates to migrate. "Some of the largest corporates were not interested until now," she says. Yet, for many companies, SEPA is no longer the endgame. Alongside eBAM (electronic bank account management), SWIFT connectivity and ISO 20022 XML bank-to-corporate messaging standards, SEPA is merely another tool corporates have at their disposal to help optimize their treasury and cash management operations.

When combined with other initiatives such as eBAM, SEPA has a positive return on investment, Masquelier says, and makes sense. "SEPA is also an opportunity," Masquelier continues, "to revamp processes and reinforce internal controls and to think about your cross-border cash pooling by reducing the administration and maintenance of accounts." And for those treasurers operating payment factories, having a harmonized payment standard across Europe is better than having 12 or 13 different ways of doing things. In the Nordics, Bergman says, larger corporates are aware of SEPA's potential and see the benefits of migration, thanks to Finland's example.

Credit transfers tend to hog the limelight in any discussion of SEPA. Berndt believes, however, that the missing discussion on SEPA is around direct debits, which provide a vehicle for corporates to streamline receivables in the same way as many have streamlined their payables. Receivables in Europe are largely electronic, but they are complex because of the different clearing systems and methods involved.

In the Nordic region, SEB has leveraged the opportunities presented by SEPA and the ISO 20022 XML standards to develop a multicurrency direct debit solution for collections in all Scandinavian countries. The benefit for large payment service users is that they have a standard format for both domestic and international payments. "We foresee a strong influence of the SEPA standards on the Nordic payments market, although the non-euro currencies will persist for some time," says Bergman of SEB.

Moving to SEPA direct debits also means existing mandates need to be changed. BofA Merrill Lynch provides what Berndt terms "a bank-independent mandate management service" so that corporates can manage their mandates online. Yet, Mehta of Citi says there is no clear winner when it comes to mandate management. "Some banks are tying up with outsourcing providers. Others are building mandate services themselves." The risk with direct debits, says Wandhöfer, is that some countries will develop variations with a view to maintaining local flavors. "The big gap is with direct debits in some countries, which are reluctant to accept them or even ask customers to open new accounts if they want to permit SEPA direct debits," she explains.

There are also concerns that a single provider, a market or a group of markets could add additional fields to the SEPA message outside the common standard—so-called additional optional services (AOS). AOS enables markets to develop value-added solutions in and around SEPA. However, Wandhöfer says markets are using this process to reintroduce old local features or develop new variations. "Local variations only harm the business case for SEPA, which is built on harmonization."

Berndt says it is imperative that financial institutions take the lead on SEPA. "SEPA is game-changing," she says, "and there is now a legally binding end-date for credit transfers and direct debits. If everybody leaves it until the last minute, we'll see capacity constraints." Given the mixed levels of readiness among Europe's banks, Berndt says an aggregator model will emerge where smaller banks that don't have the capacity to be SEPA-ready will look to other banks to take on their SEPA traffic. "The insourcing game is back on," says Mehta of Citi. "We are providing white-labeled solutions to banks of various sizes."

Here are some points/questions to consider when preparing for a SEPA migration project.

In speaking with your banking partners, find out their SEPA capabilities and whether they can "take away the pain" of the SEPA implementation for you by handling format changes or providing direct debit mandate management solutions.

• What is your bank's timeline for SEPA implementation?

• What is your bank's pan-regional experience?

• Map out your transaction flows and volumes to determine where you could benefit from SEPA.

• Update your IBAN (international bank account number) and BIC (bank identifier code) and find out the BICs and IBANs of customers and suppliers, as well as employees for salary payments.

• Appoint an implementation manager and workshop the project with one or two vendor partners.

• Determine what changes need to be made to your systems to make them SEPA-compatible.

• Find out when you can introduce the new ISO 20022 XML messaging standards for payment files.