Back Page: Polls and Stats - Clearing Skies Ahead 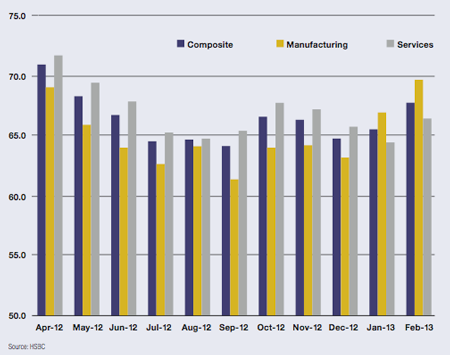 "Expectations of ‘future output’ by EM businesses, specifically by manufacturers, improved sharply in February as a sign of strong sentiment. Our hopes are mainly pinned on China, Asia and commodity producers in the Middle East, as LatAm and CEEMEA [have] yet to show more convincing strength."

From GFMag.com
Our online readers have their say
What effect will the recent decision on the liquidity coverage ratio under Basel III have on the health of the banking system worldwide?