With the stock market hitting record highs and confidence growing in the US economy, dealmaking has accelerated dramatically. A series of megamergers has unleashed a spirit of optimism about the prospects for M&A activity in the remainder of this year, as cash-rich companies seek out quality assets.

In the biggest deal of the year to date, Warren Buffet’s Berkshire Hathaway teamed up with hands-on private equity group 3G Capital, headed by Brazilian Jorge Paulo Lemann, to acquire iconic ketchup maker HJ Heinz. Thomson Reuters gave the deal a rank value of $27.4 billion, which includes the assumption of an undisclosed amount of debt.

In the cable-TV industry, Liberty Global of the US agreed to buy Britain’s Virgin Media in a cash and stock deal for $23.3 billion. The merger will create the world’s biggest broadband company. Neil Berkett, CEO of Virgin Media, notes: “The combined company will be able to grow faster and deliver enhanced returns by capitalizing on the exciting opportunities that the digital revolution presents, both in the UK and across Europe.”

In the US, Comcast’s $16.7 billion deal to acquire the remaining 49% stake in NBC Universal Media from General Electric will give it further ownership of content as well as delivery systems. Comcast is the largest cable company in the US. The transaction will be financed largely with $11.4 billion of cash on hand and $4 billion of notes to be issued to GE. Jeffrey Immelt, CEO of General Electric, noted: “By adding significant new capital to our balanced capital allocation plan, we can accelerate our share buyback plans.”

The consolidation within the technology, media and telecommunications industries continues to generate M&A activity, and increased overseas activity is on the rise, according to Deloitte Corporate Finance. Global competition is intensifying, the firm says.

The food and beverage industry is also set for another strong wave of consolidation in 2013, given the challenges of high commodity costs, a tepid economy and the need for strong innovation, Deloitte says. Manufacturers are seeking to realize the benefits of scale in dealing with these issues, it says.

AMR, the parent of American Airlines, agreed to merge with Florida-based US Airways in a deal that would create the world’s biggest airline, valued at about $11 billion. Doug Parker, CEO of US Airways, will be chief executive of the combined company. AMR, which is still in Chapter 11 bankruptcy, will hold 72% of the new company, and AMR CEO Thomas Horton will be chairman. The company will operate as American Airlines.

In another megadeal that has been long expected, Dell CEO Michael Dell pulled off a $24 billion leveraged buyout of the personal computer maker he founded in a college dorm room in 1984. Private equity group Silver Lake Partners and MSD Capital will help fund the transaction, with a $2 billion loan from Microsoft and debt financing from Bank of America Merrill Lynch, Barclays, Credit Suisse and RBC Capital Markets.

Memphis,Tennessee-based Southeastern Asset Management, a major Dell shareholder, is opposing the deal, which it says substantially undervalues the company.

Dealmaking in the energy industry remains active, with activity centered in the US. Houston-based Linn Energy agreed to buy Berry Petroleum for $2.5 billion in stock, increasing its oil reserves in shale formations.

Linn estimates that the acquisition will boost its proven reserves by 34% and its production capacity by 30%. The deal was valued at $4.3 billion including debt, the companies said in a joint statement. 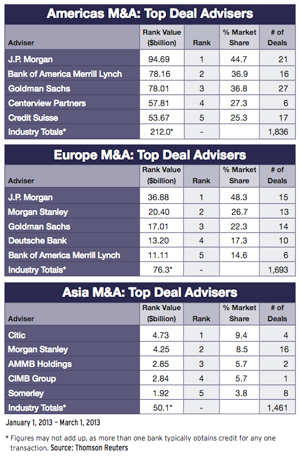