Multinationals struggle to manage business risks—such as political, reputational and tax risks—and insurance issues, as they expand their emerging markets footprint. And some of those risks are on the rise. 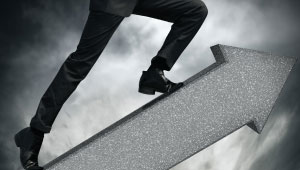 Ace Hardware sees the potential for profits and growth in Afghanistan, not just the risks of doing business in a country still racked by political, religious and social strife. In February, the US hardware firm sealed an agreement with its Afghani partner to open a hardware store in Kabul under the Ace name. “We see this as a way to get in on the ground,” says William Montanez, director of risk management at the Illinois company and a board member at the Risk and Insurance Management Society.

The structuring of Ace’s overseas business ventures—it gives a local company a license to sell its array of tools, nails and other hardware products and use the Ace brand name rather than set up a subsidiary—helps minimize the fallout emanating from local event risk, such as a street riot or bombing. Yet the firm still bears the very real reputational risk of its distinctive logo being splashed on television news and social media sites if a hostage situation, for example, were to unfold at its venture in Kabul. In a world of instant and constant communication, what happens to a store in Iraq or Indonesia can immediately impact sales in a New Jersey suburb or Vancouver.

“The traditional risk of property and liability insurance for our stores is assumed by the local owner,” says Montanez, adding that Ace helps minimize its risks by working with partners experienced in the local market. “But we always have to be sure our brand is not damaged. It takes a long time to establish a brand. It can be destroyed very quickly.”

Over the past three years, the company has opened distribution centers in Dubai, Malaysia and Panama to serve the Middle East, Pacific Rim and Central and South America, respectively. About 600 of the company’s 4,700 stores now lie outside the United States and are responsible for $200 million of its annual revenues. Its largest store lies in Indonesia.

In operation since 1924, Ace sees international markets as the way to expand its $3.5 billion in annual sales (wholesale) as developed markets lose steam.

And Ace Hardware is not alone. Multinationals from both developed and emerging markets are looking outward—braving inefficient infrastructure systems while delicately handling the corruption and graft that accompany moving goods across exotic borders or selling goods in exotic locales. They remain undeterred by the challenges of different languages, societal standards and shifting regulatory landscapes as they try to boost revenue streams and counter the anemic growth in most industrialized nations.

Multinationals of all sizes and stripes are looking for sales among the expanding middle class consumer of countries such as Thailand, Colombia, Vietnam and Turkey and searching for natural resources in Liberia, Sierra Leone, Mauritania and South Sudan. And nearly 25 years after the North American Free Trade Agreement made it a hotspot for investment, Mexico is now re-emerging as a favorite for multinationals from around the globe seeking proximity to US markets.

“As wages have gone up in China and transportation costs increased along with higher oil prices, we’ve seen a resurgence of interest in Mexico,” says Chris Baudouin, chief executive officer of Aon Global Client Network in Chicago. He adds that Mexico offers auto parts manufacturers, as an example, rapid transit times from its northern provinces, such as Nuevo Leon, through San Antonio and into Detroit’s auto industry. Says Baudouin: “Being in emerging markets adds to the breadth and complexity of doing business. Each country has its own set of rules and regulations, and that makes it more challenging.”

Pascale Moreau, co-global head of sales, fixed income, credit and currencies at Société Générale Corporate and Investment Banking in Paris, says risk officers and treasurers have to be ready to manage the fiscal and legal risks that come with doing business in emerging markets. “Emerging markets are characterized by volatile and high-yielding currencies where liquidity can be challenging, which are additional concerns for treasurers,” says Moreau.

Risk officers at MNCs also have to mind their bookkeeping. Eager to boost their own national revenue streams, state treasury and insurance officials in emerging markets are increasingly using technology and social media sites to share information as they scrutinize the insurance programs and tax payments of multinationals.

“There’s a conversation around transfer pricing and insurance,” says Baudouin. “It puts pressure on companies to be sure their programs are compliant. Regulators are much more aware of the methodology that companies are using. They are exchanging information more frequently and more in-depth.”

Before the shift, a multinational might have purchased only the minimum property and liability insurance coverage mandated by a foreign country’s insurance laws. The much larger limits needed to make a company whole if a disaster struck would be purchased through global policies secured at corporate headquarters.

"Regulators are much more aware of the methodology that companies are using."

Michael Duncan, executive leader, Africa region, for Marsh Africa in Johannesburg, agrees. Over the past few years, the insurance regulatory environment has become increasingly restrictive in Sub-Saharan Africa. Previously, a multinational could find a so-called “fronting” insurer, a local insurer that would reinsure 100% of a given risk to an overseas reinsurer in exchange for a nominal fee, usually 5% of the annual premium. This technique was compliant with local regulations and let a multinational make use of its global insurance program.

Now countries on the African continent insist that risks first be offered to all locally registered insurers before permitting the use of external insurers, Duncan says. The local insurers quote their own terms—which don’t carry the same premiums and cover available under a multinational’s global insurance program.

“What clients find frustrating is that the local insurance regulations in our region continue to change, and there is no consistent approach,” Duncan adds.

Transfer pricing is another wrinkle that comes with the emerging markets territory. More than 60 governments have adopted transfer-pricing rules—which refers to the setting, analysis, documentation and adjustment of charges made between related parties for goods, services or use of property. This could include intangible property, such as intellectual property like patents and trademarks. And in those jurisdictions with transfer-pricing rules, tax authorities are upgrading and increasing their staff to more closely evaluate documentation and compliance.

Jonathan Huneke, spokesperson for the US Council for International Business in New York, says transfer pricing in emerging markets can be tricky as many countries are not wholly compliant with the rules of the Organization for Economic Cooperation and Development.

“Transfer-pricing rules are of direct, bottom-line importance for multinational companies. These rules generally seek to avoid double taxation, and tax authorities may strike an aggressive posture,” says Huneke. “Global companies like consistent rules across borders and in transfer pricing. That hasn’t happened yet.”