At this month’s Global Salon in New York, Hiren Ved, chief investment officer of Mumbai-based investment fund Alchemy Capital Management, discussed the Indian markets and economy in a global context and within the Asian framework. 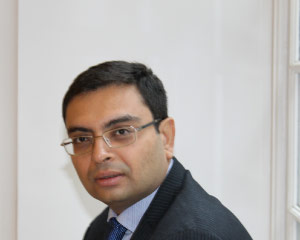 Global Finance: What are the similarities between India and the US?

Hiren Ved: Both are large democracies, highly entrepreneurial. From a geopolitical standpoint, I see converging interests between the US and India. Like the US, India doesn’t have a hostile relationship with China, but it does have to deal with the country. India is competing with China on a geopolitical and geostrategic level.

GF: But India and China are on different paths?

Ved: China is pouring a lot of money into Africa, for example, in order to buy up resources. Many Indian companies also are trying to tap into the potential of Africa, but they are doing it differently. They are not going after hard assets or resources. Rather, Indians are building a presence in Africa by buying companies or establishing relationships that give them access to the consumer. For example Bharti Airtel, India’s largest mobile telephone company, is in a joint venture with South Africa’s MTN Group. India’s engagement model with other economies is very different from that of the Chinese.

GF: Why invest in India now?
Ved: At Alchemy, we did a study of 14 economies that had gone through growth cycles since the 1970s. Whenever the per capita income of a country exceeded $1000, that was an inflection point. Subsequently, the country experienced a ratcheting of growth, commonly termed the J-Curve effect. Once the $1000 threshold is reached, the per capita income doubles in an average of 5.9 years, then keeps doubling in the space of eight to 12 years. India crossed the $1000 per capita threshold in fiscal year 2008–2009, but since the world was experiencing a global financial crisis, the event did not get that much attention. India is now at that sweet spot. Over the next 10 to 15 years, this country will become so massive that the impact of its size and growth on the rest of the global economy will be as great as China’s is today.

GF: Is politics a drag on economic development?
Ved: Politics has been one of the major impediments to economic growth. We began as a country that was dominated by one party—the Congress. Now we have two dominant parties—the Congress and the BJP. But no party really has a majority, and most governing is done through coalition. Add to that the problems of corruption and entrenched bureaucracies and there is a major set of obstacles to overcome.

GF: You need an investor-friendly climate—both at the federal and state level.
Ved: We traditionally haven’t been very friendly in reaching out to foreign companies and foreign investors. And reforms that have been instituted do not have consistency. It took the fear of downgrading by the ratings agencies to convince the government to start looking at serious reform. Businesses have been victimized by a plethora of laws and taxes at the state and federal level. But growing harmonization is helping remove some of the uncertainties that plague business investment and development. This will be pushed from the bottom up—at a state level first.

GF: What is shaping the future of India?
Ved: For a nation that now has 1.2 billion people, India is one of the youngest nations in the world. By 2025 almost 60% of the population will be under 40. And it is this population that will shape the political direction of the country. It is also the base on which India’s demand economy will be structured.