The ability of workers in Asia to increase their skill set and improve their quality of life will be key themes at the Asian Development Bank’s upcoming annual meeting in Delhi, India. 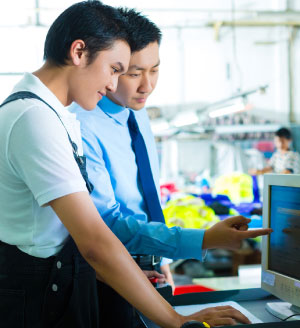 Senior government officials, development experts, investors, bankers and business leaders will come together in Delhi from May 2–5 for the 46th annual meeting of the governors of the Asian Development Bank (ADB). Sustaining high and inclusive economic growth is the central challenge for Asia today. Development through empowerment, the theme of this year’s ADB meeting, focuses on the issues that need to be addressed in order to achieve this.

The transformation of emerging Asia over the past several decades has lifted hundreds of millions of people out of poverty: an achievement without precedent. The challenge now, though, is to ensure that the trend is sustained, and that growth continues to include even those on the lowest rungs of the economic ladder. This requires empowering people with the skills, abilities and opportunities to build and sustain improvement in their standard of living and quality of life.

A key growth driver in recent decades has been the shift of production facilities to countries where labor is plentiful and relatively cheap and the quality of production can be maintained at a uniformly high level. The next stage, though, is for the factories of Asia to move up the value chain—from production of low-cost to high-value goods—which is an underlying topic of a number of sessions at the meeting. This is the next stage of the evolution of manufacturing and the economic incentives of production.

As wages rise in developing Asia, producers, eager to maintain their margins, search for lower-cost venues. A game-changer in the development of global manufacturing in recent years was the rising cost of production in coastal China and in a number of other Asian countries, which for decades were the workshops that fueled the global consumption boom. As costs have risen, production has moved to central China and many lower-income Asian countries, such as Bangladesh, Vietnam and Myanmar.

This trend poses two challenges. First, former factory workers need to acquire the skills to find better-paying work that will continue to improve their quality of life. “Beyond Factory Asia: Fueling Growth in a Changing World” is the topic of the ADB governors’ seminar. Other seminars will discuss the move to a knowledge-based economy, jobs and skills in Asia in the 21st century, and the policy implications and challenges of industrial diversification.

The second challenge, created by the migration of manufacturing jobs, faces those countries seeing growth in manufacturing employment. These countries need to ensure that the burgeoning ranks of factory workers remain empowered to find their own path to development.

Sessions at the ADB annual meeting will touch on a variety of themes underlying this challenge. Migration to population centers, in part as people search for work to lift themselves out of poverty, will highlight the difficulties of financing livable cities—another seminar topic that is high on the agenda. How to ensure strong linkages between parts of Asia at different stages of development will also be discussed, with seminars touching on connecting South Asia and Southeast Asia, cooperation between different parts of Asia to ensure inclusive growth, and regional integration in a changing world.