Inter-Asian trade will lead the agenda items at this year’s annual Asian Development Bank meeting, to be held May 2-5, 2014, in Astana, Kazakhstan.

On May 2, the curtain will rise on the 47th annual meeting of the Asian Development Bank (ADB), in the Palace of Independence, Astana, Kazakhstan. The meeting is expected to attract around 3,000 participants, including finance ministers and central bank governors from around the region and beyond. Representatives from international organizations, academia, the private sector, media and civil society will also be in attendance.

This year’s annual meeting will have a theme that reflects Kazakhstan’s geographic location in the heart of central Asia. The title of the meeting, “The Silk Road: Connecting Asia with the Changing World,” calls to mind both the historic Silk Road linking Asia to the West and the continuing challenges Asian economies face in boosting regional integration, investment and trade. 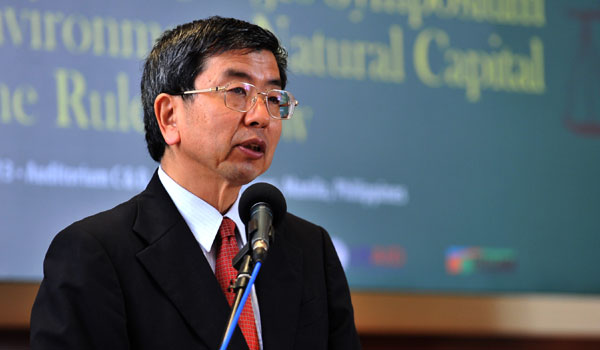 Nakao, ADB: Kazakhstan will play a key part in the region’s future prosperity

“Connectivity is an issue close to the heart of both ADB and Kazakhstan,” ADB president Takehiko Nakao says. “Kazakhstan has been a key player in promoting regional connectivity since independence. With its rapid economic growth, Kazakhstan will play a key part in the region’s future prosperity.”

Indeed, the 47th annual meeting of the ADB comes at a crucial moment for the bank’s 67 member countries and the region it has represented and invested in since being formed back in 1966. The past few years have been tumultuous for the world’s most populous continent, with growth and development in many countries exceeding all expectations. Per capita incomes have risen to levels that could not have been imagined a few decades ago, and a dynamic and ambitious middle class is emerging, which will provide a guarantee for continued growth and development. This unparalleled progress is being led by China, which has become the world’s second-largest economy and remains on track to eventually surpass the United States.

However these historic developments have been accompanied by new challenges, and as the growth rate in China and other countries enters a slower phase, these are becoming more apparent. Growth imbalances, environmental damage, worsening air and water pollution are just some of the problems that need to be tackled, as is escaping the “middle-income-country trap.”

Even more important is continuing poverty: Some 1.7 billion people in Asia are defined as poor and lack proper access to the basic goods, services, education and medical care that others take for granted. Now as ever, the ADB’s main priority is freeing Asia from this poverty and boosting development, so prosperity becomes more widespread and sustainable. As the ADB’s mission statement puts it: “Whether it be through investment in infrastructure, health care services, financial and public administration systems, or helping nations prepare for the impact of climate change or better manage their natural resources, ADB is committed to helping developing member countries evolve into thriving, modern economies that are well integrated with each other and the world.”

Indeed, the bank has been very active in encouraging the private sector, helping finance much-needed infrastructure projects and supporting the improvement of education and healthcare facilities. In 2012 it oversaw $21.6 billion in approved financing.

But there is much more to be done. Ending poverty is necessarily an ambitious, long-term strategy that can be implemented only gradually. Many of the discussions at this year’s meeting will concern the future loans, grants, equity investments and technical assistance that are expected to facilitate this by driving member states’ economies forward. A special program of seminars and events sponsored by leading financial and other institutions will cover a range of topics that will be crucial to Asia over the coming years. They include such subjects as Asia’s bond market ambitions, advancing the Asian knowledge economy, economic policy, trade and investment and SME innovation.

At the October meeting of the Central Asia Regional Economic Cooperation grouping last October, ADB president Nakao spoke of what needed to be done by Carec member countries. However his comments apply to all ADB countries and give a foretaste of some of the themes that will dominate the annual meeting.

“I believe there are three mutually reinforcing mechanisms that can propel growth in Asian economies, many of which are already middle-income countries...I call them the three I’s: Innovation, Inclusion and Integration,” said Nakao. “[But] going forward we should build momentum for further cooperation in more complex areas, such as institutional and policy reforms.”