Some emerging markets in Asia may have lost their luster for foreign investors in recent months, with the currencies of net debtor nations like India floundering under the threat of the US Federal Reserve’s turning off the liquidity taps. Some key Asian markets are also due to hold elections this year; Thailand’s took place in February amid a wave of violent street protests.

Against the region’s uncertain political and economic backdrop, Malaysia stands out. For one thing, it has not suffered the capital flight of other countries like India, for it is a net creditor nation (according to Fitch Ratings, Malaysia boasted a net external creditor position worth 30% of GDP at the end of 2012). Its solvency continues to sustain the country’s “A” sovereign credit rating. 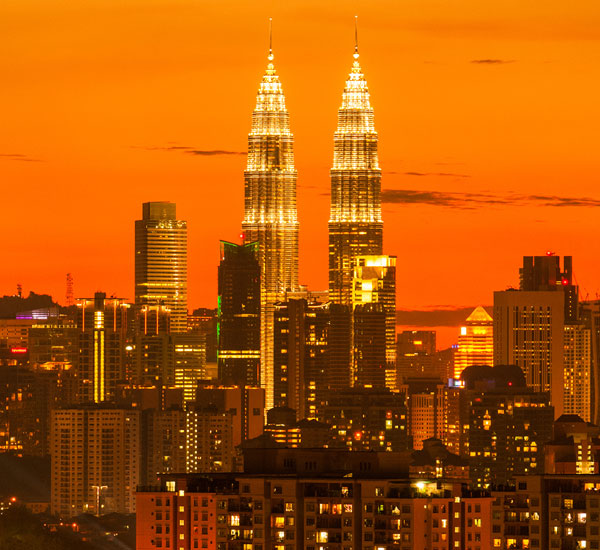 And its strong rating and captial-destination status remain despite the public protests it witnessed in the run-up to last May’s elections, with protesters calling for public reforms. The opposition Pakatan Rakyat party highlighted the need to change policies that discriminate in favor of ethnic and indigenous Malays. Since 1969 a succession of policies have favored this group, known as bumiputera, in areas such as corporate wealth ownership, education and employment. These policies have stoked interethnic tensions between Malays (which make up just over half of the population), Chinese (23.7%) and Indians (7.1%) living in Malaysia.

Last May’s elections saw the ruling Barisan Nasional coalition returned to government, winning by a simple majority of 133 seats against Pakatan Rakyat’s 89. But the BN garnered less than 50% of the popular vote—one of its worst election showings for more than 40 years. Prime minister Najib Razak reportedly blamed a “Chinese tsunami” for BN’s losing ground to the opposition, which wooed Chinese voters.

During the campaign there were some social pressures from the opposition to change the quota system, which favored the bumiputera, explains Julien Marcilly, deputy chief economist at Paris-based credit insurer Coface. “If they had won the election, the opposition would have changed the system, keeping the quotas in place but relating them to income rather than ethnicity.

The attention given to the issue by the opposition prompted the prime minister to pledge to reform this controversial policy before the election. But Razak reversed his position last September, says Marcilly, and instead announced new measures favoring the Malay majority.

Social issues are not the only problem prime minister Razak faces. Although ethnic tensions continue to simmer beneath the surface, the most pressing issue for the government is the country’s high level of household, private and government debt. “The key risk is the level of leverage of the overall economy,” says Marcilly.

“On the public-sector side, before the general election last year the government introduced a whole host of measures to boost spending on cash and social transfers.” Coface says social transfers for low-income households climbed substantially under the Bantuan Rakyat 1 Malaysia program, which aimed to double per capita income by 2020, bringing it up to $15,000.

But increased social spending did not do already-inflated government debt levels any favors. According to Fitch Ratings, at the end of 2013, Malaysia’s federal government debt stood at nearly 55% of GDP. Given the weakness in the public finances compared with other “A”-rated sovereigns, last July, Fitch placed Malaysia’s sovereign rating on negative outlook.

Art Woo, a Hong Kong-based director of sovereign ratings at Fitch, says Malaysia’s broader, nonfinancial public-sector budget deficit widened as a result of the government’s guaranteeing the debt of state-owned enterprises that had participated in accelerated investment under the country’s Economic Transformation Program. That program includes—among other things—the construction of a rapid public transport network costing some $11 billion.

Fitch believes it will be difficult for the government to achieve its interim deficit target of 3% in 2015 without introducing additional fiscal consolidation measures. The budget deficit continues to rise, says Marcilly, even though since the election the BN has tried to rein in spending by improving tax collection and reducing subsidies on goods such as petrol.

Although Malaysia’s economy is well diversified with exports in oil, gas and electronics and a strong services sector, Fitch reports that government revenues still rely largely on the oil sector. “Petroleum-derived revenues contributed 33.7% of federal revenues in 2012, broadly comparable with lower-rated Mexico (BBB+/Stable), another sovereign with a narrow and oil-dependent fiscal revenue base,” Fitch stated.

In its 2014 Outlook for Emerging Asian Sovereigns, Fitch included Malaysia as one of four countries—with Thailand, China and Vietnam—that are operating with high levels of credit. The four, it said, could be sources of vulnerability if economic growth were to become more volatile. “Private-sector credit is quite high,” says Woo, adding that the private credit-to-GDP ratio is in the region of 120%. “Households are also highly indebted, so balance sheets are quite stretched.”

Marcilly says Malaysia’s level of household debt is high when compared with that of other emerging markets and even advanced economies. In late 2012, Malaysian household debt was 192% of disposable income, Coface estimates. It says interest rates on household debt are rising, representing about 20% of households’ income (in the US, by comparison, this figure was 14% in 2008 just before the subprime crisis).

Marcilly says households have gorged themselves on cheap credit as central banks in Southeast Asia have been slow to raise interest rates, which were cut substantially following the 2008–2009 financial crisis. “When economic growth started to recover in 2010–2011, the bulk of central banks in the region didn’t hike rates. That has led to strong credit expansion and rising private-sector debt. This points to slower household consumption growth in the years ahead in Malaysia, as households dedicate a significant share of their income to repay debts.”

Economic growth is likely to be driven by improved global growth prospects, a trend that should help boost Malaysian exports. GDP growth slowed to 4.7% in 2013, but Fitch predicts it will grow by 5% this year. “Malaysia is still a very trade-intensive economy,” says Woo. And although the country’s exports could be hurt by any slowdown in China (in the third quarter last year China accounted for 12% of Malaysian exports), growth in exports to other regions (the United States and Europe), he says, would offset some of that impact.

Economists are also heartened by the strength of Malaysia’s domestic capital markets, particularly its well-functioning bond market, which creates favorable conditions for sovereign funding. Although rapid loan growth, rising house prices and high household leverage pose risks, in its January 2013 assessment of Malaysia’s financial system stability, the International Monetary Fund concluded that Malaysia’s banks are resilient to a range of economic and market shocks thanks to their limited reliance on cross-border funding, strong capitalization levels and a well-developed supervisory and regulatory regime.

In recent years such leading banks as Maybank have expanded overseas to other Southeast Asian countries. Malaysia also boasts a flourishing Islamic finance sector and the largest global sukuk market, with more than 60% of the world’s outstanding sukuk or Islamic bonds originating from there.

Malaysia continues to break new ground in sukuk, with AmIslamic Bank set to launch East Asia’s first sukuk to comply with the Basel III capital requirements. In June last year, Malaysia strengthened the regulatory framework for Islamic banking by introducing the Islamic Financial Services Act, which places greater emphasis on the shariah standards and adherence to these standards by Islamic financial institutions in all aspects of their business.

Datuk Yunus, deputy governor of Bank Negara Malaysia, the country’s central bank, stated that IFSA would provide a shariah-contract-based regulatory framework that would facilitate the growth of Islamic finance in the real economy. “Such a distinctive regulatory approach seeks to realize further the value proposition of Islamic finance, as the industry advances towards a new level of maturity and sophistication.”