Multinational corporations lobbied hard for preferential agreements under proposed Asian and European trade pacts. But the result may be more than they bargained for.

US multinational corporations may have overreached in lobbying for favors under new trade pacts that president Obama is seeking to ram through Congress. By lobbying for everything from the right to sue foreign governments for damages from regulations to patent, copyright and trademark protection that goes beyond what they enjoy at home, they may have, in fact, created a playing field that does not promote global trade. Rather, global growth may suffer should the pacts go ahead. 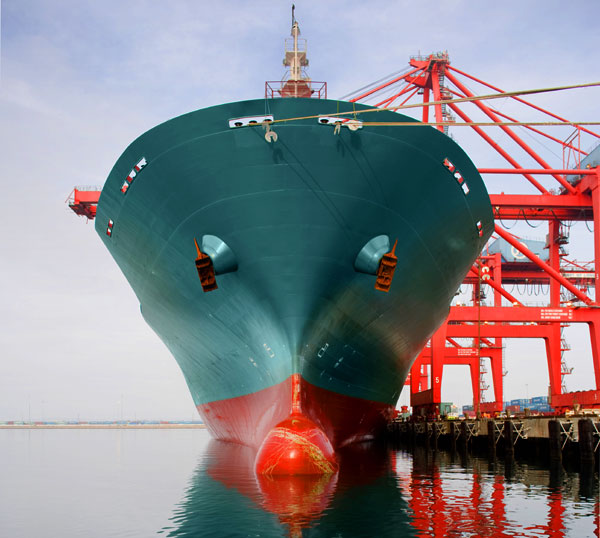 In addition, company lobbyists have managed to unite the strangest of bedfellows in opposition to the pacts. Now the agreements face an increasingly uncertain future, which supporters—in contrast to detractors—say bodes ill for global growth.

Critics now range from staunch free-trade advocates, such as Columbia University economics professor Jagdish Bhagwati, to labor-friendly economists, such as Dean Baker of the Center for Economic Policy and Research, a Washington, D.C., think tank.

Each is sounding alarms over the process and results of the regional trade negotiations that have yielded two proposed agreements—the Trans-Pacific Partnership (TPP), which includes 12 nations (Australia, Brunei, Canada, Chile, Japan, Malaysia, Mexico, New Zealand, Peru, Singapore, the U.S. and Vietnam); and the Transatlantic Trade and Investment Partnership (TTIP) between the U.S. and the European Union.

Both Baker and Bhagwati contend the pacts are less about trade than about protecting corporate interests, and that global growth will suffer as a result.

“People see through this,” Bhagwati says. “Trade liberalization is one thing, but buying into all kinds of lobbying demands is not their idea of what a trade agreement should be.” Bhagwati is hardly alone in such criticism.

Bhagwati and other market-oriented economists have long disliked regional agreements because, they contend, such pacts discriminate against nonparties and thus undermine free trade, rendering membership in bodies designed to promote it, such as the World Trade Organization, irrelevant and the WTO itself ineffectual.

And they find the proposed pacts particularly onerous because, they contend, these pacts do little to advance trade.

Some pundits are also taking aim at the tribunals such agreements create, which allow companies to seek damages from governments for earnings lost to their regulations. They warn that these tribunals pose a growing threat to national sovereignty.

Although the tribunals, which are typically run by corporate lawyers, have been part of regional trade pacts for years, the TPP and TTIP, critics contend, will greatly expand their use.

“If we have some tribunal make the determination,” Baker wrote in an email, “then it would be overriding national or subnational legislatures.”

Baker elaborated in a recent article on the foreign policy website atlantic-community.org. His article criticized efforts aimed at “imposing a regulatory structure to be enforced through an international policing mechanism that likely would not be approved through the normal political processes in each country.” The economist said the results would not only harm consumers and the environment but hamper global growth.

Not everyone agrees that the pacts will do little to advance global trade. Gary Hufbauer, for example, a trade economist at the Peterson Institute for International Economics, says the trade liberalization provisions that are contained in the TPP, TTIP and five other regional pacts at one stage of negotiation or another could go far to enhance global economic growth.

Take the supply chain, as an example. The increasingly globalized supply chain can magnify the effects of existing barriers, notes Deborah Elms, an economist who heads the Temasek Foundation Centre for Trade and Negotiations in Singapore.

When components cross border several times, Elms estimates, a 2% tariff can add as much as 35%-45% to the price of a finished product. And that doesn’t include the cost of clearing customs. All this forces firms to hold more inventory and have two or three suppliers instead of one, the economist explains. Says Elms: “It forces supply chains to be thicker and denser than they would otherwise be.”

To address that, the TPP, for one, includes provisions that would cut the time container ships spend getting through port customs checks from two weeks to a few hours, saving companies tens of thousands of dollars per day. That savings, Hufbauer says, would flow through to the economy.

All told, Hufbauer estimates that such trade facilitation agreements would add almost $1 trillion to long-term global GDP. In addition, he and other trade specialists note that while formal trade barriers in goods have become negligible, the same has not occurred for services.

Hufbauer estimates that while the typical manufacturing firm exports about 20% of its output, the typical services firm exports only 4%. “What’s going on there?” he queries. “Obviously, there are lots of barriers.”

He notes, for instance, that Japanese ships cannot take product from San Francisco to Los Angeles, and Lufthansa cannot pick up passengers at New York’s JFK Airport and take them to Chicago’s O’Hare. Similarly, China prevents big-box US retailers from operating there (not that the TPP would change that).

Hufbauer believes that, overall, current barriers in services are as significant as those in goods were six decades ago. He estimates that eliminating those barriers could add another $1 trillion to long-term global GDP, with both the TPP and the TTIP representing “a good start.”

In a recent paper, Hufbauer and his co-author Jeffrey Schott cautioned that global growth would suffer without further trade liberalization, noting that the global recession “hammered” world trade and investment and that the authorities “tolerated protectionism in various guises.” As a result, foreign direct investment flows fell from $2.1 trillion in 2007 to an average of less than $1.5 trillion in the years since.

Hufbauer and Schott noted further that although world trade bounced back to its 2008 level in 2010, it no longer substantially outpaces real global GDP growth because of the tepid recovery and the lack of meaningful progress in liberalization. World trade grew by less than the 2.5% increase in global GDP in 2012, and, they expect, will have rebounded only modestly, to 4.5%, in 2013.

Hufbauer adds that opponents of the new regional pacts who contend they will infringe on state sovereignty are simply opposed to globalization and are using the tribunals to stir up opposition among those who might otherwise favor the pacts.

He notes that the tribunals are designed mostly to provide a neutral legal arena in countries where the courts cannot be trusted to rule fairly. As a result, he says, the threat to sovereignty posed by tribunals “is not nearly the bogeyman picture” that opponents have painted of it. That analysis reflects the tribunals’ weakness—and highlights a problem with the current pact proposals.

Supporters of the pacts contend that the tribunals, at least as now established, have been ineffective; they cite the 20 outstanding lawsuits against Argentina’s appropriation of Spanish company Repsol’s interest in YPF in 2012 as an example of that (notwithstanding Repsol’s agreement with the Argentine government in late February to settle their own case).

Similarly, UPS failed to win damages under Nafta from Canada through a tribunal set up in 2005 to hear UPS’s charges that the government prevented the US firm from competing against government-owned Canada Post.

She contends that doing so would help investors and states alike. But, she adds, the new trade pacts as currently proposed do not do that.

The TPP would, without doubt, greatly expand intellectual property protections for multinationals. The argument in their favor is that IP theft is rampant in developing markets in Asia. But opponents argue that IP protection amounts to protectionism in so far as it grants the possessor monopoly rights, and that in contrast, technology transfer is desirable for the sake of trade.

Calling for “moderate” instead of the “maximum” protection that the TPP envisages, Bhagwati said in an interview that the current provisions that would expand the penalties for infringement will prevent emerging markets from “standing on the shoulders” of the more developed world, and that this will hurt rather than advance global trade and growth. He noted that the provisions are a big reason China and, to a lesser extent, India have chosen not to participate in the TPP.

But even some critics of the pacts disagree with those who say the pacts go too far in protecting intellectual property. Daniel Trefler, an economics professor at the University of Toronto, for one, points out that Facebook and Amazon need IP protection to be able to compete in China, and that the benefits of their doing so would be considerable.

WTO MEMBER RIGHTS IN THE CROSSFIRE

Worse, in Bhagwati’s view, the new trade pacts threaten to undermine the rights of WTO members and can have additional perverse effects. He notes, for example, that provisions of the TTIP forestalling actions against “dumping,” thus allowing parties to the agreement to export goods at below-market prices, may simply encourage parties to take action against such practices by those countries that are not party to the agreement.

To prevent such discrimination, Bhagwati has called on Roberto Azevêdo, the WTO’s new director-general, to see to it that the regional pacts allow nonsignatories to take part in the negotiations. Richard Baldwin, a professor of international economics at the Graduate Institute in Geneva, recently echoed Bhagwati’s call in a paper published on voxeu.org, entitled “Multilateralising Regional Trade Pacts.”

Bhagwati was less pessimistic in an interview, noting that trade will go on although “the trade pacts are not really about trade.” Others contend that fears the WTO will be undermined by regional trade pacts are also overblown. Hufbauer says the WTO showed its continued efficacy in its recent agreement in Bali to advance negotiations on individual issues without having to agree on all of them first. “Bali was a lifeline for the WTO to come back as a negotiating forum,” he said. Without it, the organization would have been relegated to a dispute resolution forum, as companies would choose instead to press their governments to move forward with regional agreements.

But Bhagwati and other free-trade critics of the agreements contend that’s what’s happening anyway, to the ultimate detriment of the global economy.

However disparately critics may paint the pacts, their alarm bells seem to be resonating with a growing number of members of US Congress. But should the pacts ultimately be sidelined, what it would mean for the global economy—and global corporates—remains to be seen.