THE BIG, THE BAD AND THE SAFEST

At Global Finance ’s monthly Salon, Richard Bove, bank analyst at Rafferty Capital and author of the book, Guardians of Prosperity: Why America Needs Big Banks , spoke about overregulation of large banks and why he believes it is damaging the US economy. 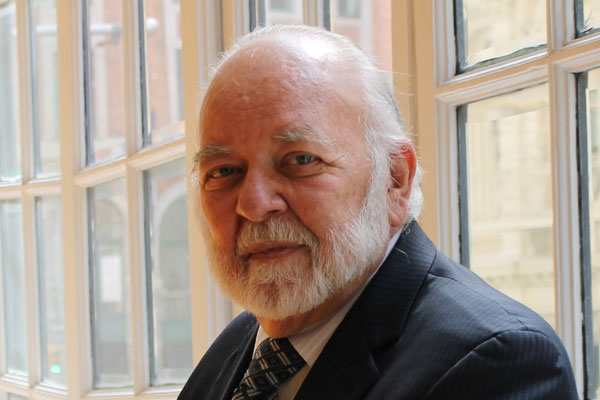 Global Finance: What is your view of the banking environment at the current time?

Richard Bove: What happened in banking is that after 2008, a kind of McCarthyism developed concerning the banking industry. We are now in a situation where there is no fine that is too big to lay on any bank, nor is there any penalty or punishment which is too great.

We’ve got at least a half-dozen agencies that have some say in what’s going on in banking in the United States. You have state banking agencies, Congress, state legislatures, insurance regulators. All of them are trying to figure out how they can please the president by doing the biggest, baddest thing against banks in this country.

But who created the bad stuff in 2008? Was it CEOs of banks, or was it you? The justice department fined you. Ninety-nine percent of [a bank’s] stock is owned by the public; it’s not insiders. It’s the public who’s paying these fines.

GF: So should they be going after the individuals, not the institutions?

Bove: Exactly. You should make people (at the banks) pay, not the banks themselves. Because when you fine banks, who pays? The shareholders, or in other words, us. That’s what they did, they went after us, and I don’t think it’s appropriate. It goes back to creating this level of hysteria about the banking industry. There are no consequences to going after banks, but there are consequences to [going after] individuals.

GF: What would you like to see changed in terms of regulation? And how would you respond to critics who say that it was a lack of regulation that caused the subprime crisis in the first place?

We have at least six banking regulators in this country. China and Canada each have one. What I’m arguing in terms of an overall system is: Let the markets work the way they have worked, without the excessive regulation, and you benefit the economy and the creation of jobs.

If you don’t let the markets work—if you throttle the markets, which is what we’re trying to do—you will move the markets to someplace where they are allowed to function, Singapore, for example. Citi is now the third-biggest bank in Singapore. In 10 years, Toronto will be the banking capital of the world.

GF: How big should banks be, and how should their safety be measured?

Bove: A multiline, large financial company should be as big as the economy it’s serving. They’ve got to grow in line with growth in the world’s financial system. If they’re not, they’re shrinking, and that’s dangerous for the United States.

GF: What about safety?

Bove: There are certain basic rules that have been around for centuries about what makes a bad loan. If banks start making bad loans, you shut them down.