India’s plan to issue as many as 12 new banking licenses may be put on hold until a new government is chosen in the country’s parliamentary elections in April.

The Reserve Bank of India, which will issue the new licenses, must await confirmation from governing bodies before going forward with the plan, as RBI governor Raghuram Rajan explained after a meeting of the RBI board of governors in New Delhi. “We have to [seek] the formal approval from the EC [election commission] that announcing the bank licenses will be okay,” said Rajan. 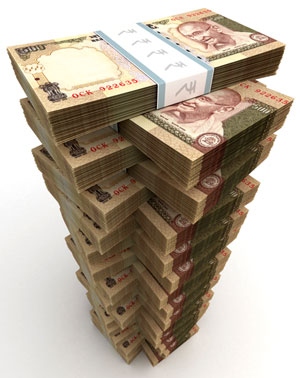 Even if the election commission gives its nod and bank licenses are issued, the new entrants may await the new government’s formation before taking the plunge.

And state-run agencies, such as India Post, IDFC, IFCI and LIC Housing, would also like to leverage their countrywide network and offer banking services. The multinational Tata Group and Videocon subsidiary Value Industries, by contrast, have both pulled out of the race.

An expert panel—headed by former RBI governor Bimal Jalan—was set up last September to vet applications. It has now submitted its recommendations to the RBI. India currently has 27 state-run banks, 22 private banks and 56 regional rural cooperative banks. Kotak Mahindra Bank and Yes Bank were the last two private banks that came into being—in 2003–2004.

Standard & Poor’s Crisil, a credit rating and information services firm, in a study published in June 2013 concluded that about 50% of the Indian population do not have even a simple savings bank account. For a country with a population of 1.2 billion, only 634 million bank accounts exist. Clearly there is room for expansion of the banking industry.