Premiums for most insurable company risks have come down in price, but organizations will need to ensure that they have sufficient coverage and limits to deal with an increasing range of issues—including changes in regulations and legislation.

Risk managers should have no problem finding ample capacity and stable prices this year as they seal insurance contracts meant to secure their company’s reputation, financial assets and property. But whether securing cover for managers or manufacturing plants, or a crucial financial buffer against potentially costly liability claims, risk managers face greater scrutiny from government officials around the world. 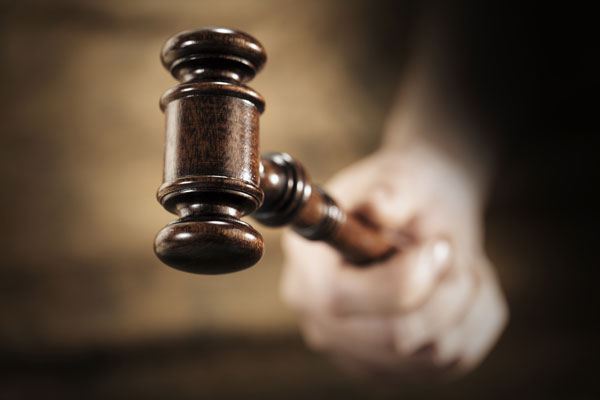 “Countries are enforcing rules and regulations,” says Robert Burns, managing director at insurance broker Marsh. “They want to increase the insurance premiums that are subject to taxes, and there are more fines for noncompliance.”

By not complying with local regulatory regimes, companies can expose themselves to fines or time-consuming tax investigations or even significant reputational damage. “And in the current climate, tax authorities are increasingly diligent in monitoring tax revenues from insurance programs,” adds Condie.

Most multinationals spread round the globe use a controlled master program to work with a global insurer and broker to ensure that their liabilities and property are properly covered. A global insurer will underwrite local policies in the countries in which it is admitted or licensed to do business.

But global insurers are not admitted into every country in which their clients operate, and for certain lines of compulsory insurance, such as auto liability and employees’ liability—known as workers’ compensation insurance in the United States—governments more frequently require the coverage to be placed with a local insurer.

That’s where insurance purchasing can become tricky, says Burns, as there is the risk of fines and penalties. “And then there’s the reputational risk to deal with if you’re not following regulations.”

Jonathan Hall, executive vice president at FM Global, which provides commercial and industrial property insurance, agrees that risk officers have to remain diligent as finance and insurance officials in many emerging markets increasingly nudge upward the percentage of risk that a corporation must place with a local insurer. “More and more of the risk has to stay in the country to satisfy the law,” says Hall.

FM Global is well placed to witness challenges in emerging markets as it writes commercial and industrial property insurance in 130 countries.

Its global reach has seen the Rhode Island–based insurer’s insured values—or the financial worth of the property it insures—jump by 79% in South America, 43% in Asia and 5% in Africa since 2008. That compares with 2% in the European Union and 6.4% in North America, Hall says.

According to a recent survey carried out by German insurer Allianz, changes in regulations and legislation are among the top 10 risks occupying the minds of corporate risk officers in 2014. Business interruption and supply chain risk topped the list, followed by natural catastrophes, such as storm, flood and earthquakes. Fire and explosions captured third place, and changes in legislation and regulation logged in at fourth, the same slot as in the previous year.

The third annual survey gathered insights from 400 corporate insurance experts working at Allianz, including risk consultants, underwriters, senior managers and claims experts, in 33 countries. The survey points out how business risks are getting more complex for corporate executives as they include a combination of new risks related to technology, the economy and regulation.

Hansjuergen Fakler, head of management liability (commercial) at Allianz Global Corporate & Specialty in Munich, Germany, says the sheer volume of regulation is an increasing concern for many multinationals. This is especially true in regions, like Asia, where legislation is accelerating along with the pace of industrialization, and in the financial services sector, which responded to the financial crisis with increased regulatory scrutiny.

Uncertainty is also being generated by the pending expiration of the Terrorism Risk Insurance Program Reauthorization Act at the end of this year. The Act resulted in shared government and private compensation for insurance claims related to acts of terrorism.

Gage agrees that risks are emerging on every front for multinationals: operational, financial, social, environmental, technical and political. While environmental-based risks have been around for many years, the frequency and severity of extreme weather events such as tsunamis, hurricanes and floods means these risks have to be more actively managed than in the past.

Carolyn Snow, director of risk management for Humana, a managed healthcare company based in Louisville, Kentucky, says crisis management plans are a way in which companies can deal with these risks.

“Economic issues are always out there creating uncertainty,” says Snow, who is also president of the Risk and Insurance Management Society, a professional association for risk managers based in New York City. That’s where a solid crisis management plan and business interruption insurance that covers the revenue generated by major customers, not just the loss of key suppliers, can help, says Snow, by alleviating the financial fallout of a recession that restricts major customers’ buying power.

Industry experts agree that in the overall property and casualty insurance market, surplus capacity and capital is driving fierce competition among insurers and, increasingly, creating a buyer’s market.

Cyberrisk insurance may be the only area in which risk managers might run into capacity restriction and higher premium prices. “Given the increased dependency on technology and the interconnected nature of business and government today, the impact of cybercrimes can be significant,” says Gage. “More products are available. However, capacity is still a concern as more small and midsize businesses purchase the coverage.”

Otherwise, multinational risk managers will find reduced premiums in most markets, including the United States, Europe, the Middle East and Africa, Asia Pacific and Latin America. “They should seize the opportunity and be very bullish in seeking reduced rates for favorable risks,” says Gage, referring to risks with a low loss history, such as non-catastrophic-exposed risks.

The ample coverage and stable pricing in today’s market means risk officers are zeroing in on their coverage details and the claims-paying reputation of their insurer. “There’s less concern on price. The shift is, ‘Do I have adequate coverage and limits,’” says Hall of FM Global.