Fitch Ratings includes the country’s abundant resources among its reasons for affirming the country’s B+ rating with a stable outlook. “They sit on what is a golden opportunity both in terms of the coal reserves and the natural gas,” says Carmen Altenkirch, director of Fitch Ratings’ sovereign group. 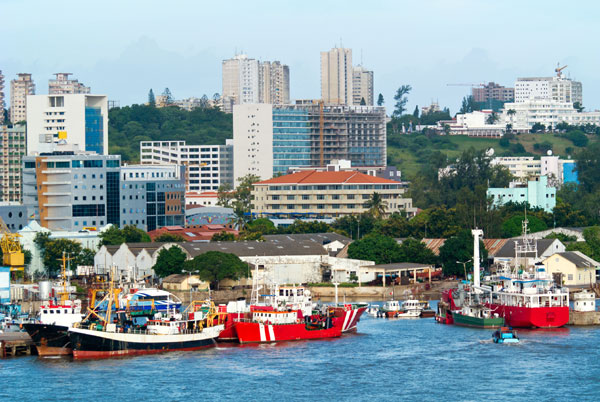 Fitch projects that the coal and natural gas sectors will support growth in GDP of between 7% and 8% for the years 2013 to 2015. Estimates of Mozambique’s resources vary widely, but Fitch believes that recoverable gas resources exceed 100 trillion cubic feet and that FDI will enable the country to become a major gas producer.

Mozambique’s history explains some of its present risks. After nearly ten years of conflict between the Mozambique Liberation Front or Frente de Libertação de Moçambique, known as Frelimo, and the Portuguese government, the country became independent in 1975. Frelimo and the Mozambique National Resistance, or Resistência Nacional Moçambicana, known as Renamo, then fought a bloody civil war from 1977 to 1992, punctuated by several failed attempts at ceasefire agreements.

Since that time, Frelimo has won all elections, but Renamo and other groups have regularly accused it of electoral fraud. Frelimo adopted Marxist-Leninist doctrine in 1977, then abandoned it in 1989, moving instead toward an open-market economy.

Consequently, the risks include general political instability and the possibility of renewed civil hostilities. Some analysts think another outbreak of civil war can’t be ruled out. Altenkirch discounts that possibility but says that continued attacks are possible. “It is very difficult to get a completely accurate [picture] of exactly how much of a risk Renamo poses.”

Alisa Strobel, a London-based economist specializing in the Middle East and Africa, points to a confusing melange of laws held over from the country’s colonial status, socialist laws and common law. She also points to a history of procurement overpricing, which drives up costs on projects, and a confusing array of labor regulations, which she traces to the country’s socialist past. “The companies do not complain about the minimum wage itself. It’s more about the complexity of how that law is structured and also the rigidity.”

Anthony Kim, a senior policy analyst at the Heritage Foundation, adds lack of transparency in investment regulations to the list of risks. “We do know that, based on available data and information, the investment regulations are not evenly applied.” However he stresses that the difficulties can apply to both domestic and foreign investors. “Sometimes it’s very straightforward. Sometimes either domestic investors or foreign investors have to go through an extra layer of bureaucracy.”

The Mozambique government has recognized some of these difficulties by making legislative changes, instituting a series of special economic zones, removing restrictions on foreign ownership and joining the International Chamber of Commerce and the International Centre for Settlement of Investment Disputes. These steps, Strobel notes, have increased the country’s attractiveness to international investors.