December 01, 2003
Author: Santiago Fittipaldi
When a country experiences an economic or financial crisis, among the first victims will be companies seeking financing. With a little creativity, though, businesses can overcome even the tightest funding squeeze. 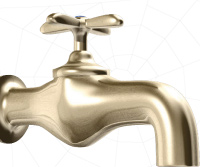 As bank credits dry up or become too costly amid economic or political uncertainty, companies may feel they have nowhere to turn for funding. But as recent events in Argentina show, companies in countries facing financial crises, and which require financing to expand or maintain their current operations, still have plenty of options.
A recent survey of Argentine industrialists by the country’s National Statistics Institute (INDEC) showed that two out of every five companies did not plan to seek bank loans before year-end and preferred to finance their own operations, while 55% did not foresee any new investments. Among respondents that planned to seek bank financing, 10.3% said the funds would finance existing operations, while a mere 7.8% planned to invest in new projects.
Some companies in Argentina have tackled their country’s most recent crisis by slashing expenditures and payrolls, while local observers in Buenos Aires half-jokingly say corporates have had to reach under their mattresses to put some of their stashed cash to work. While finance ministry officials are concerned that lack of credit may prolong the crunch, some bankers argue credit is still available and that weakened demand is to blame for drops in new loans as corporates temporarily halt investments.
According to Argentine central bank data, minimum interest rates on peso loans for prime corporate borrowers, which have fallen to 5% per year in recent months, rose above 24% in January 2002, just one month after the financial turmoil was unleashed by a debt default. Rates soared further to 50% in August 2002. It is no surprise that the Argentine Banking Association reports bank loans to corporate borrowers fell by 53% between June 2001 and August 2002.

Cost of Capital Rises
“The cost of capital rises in a crisis, and when a company is looking at a new project or an ongoing business—even one that is generating a rate of return—if the cost of financing goes too high, then the project just isn’t viable because the cost becomes greater than the revenue it will generate,” says Campbell Harvey, a professor of finance at Duke University’s Fuqua School of Business. “The project could generate a 25% return, but if the company has to pay 30% interest, then it’s a loser.” 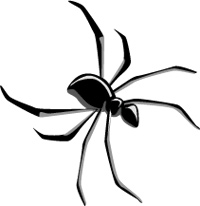 “The drivers for the cost of capital in these cases are a combination of the country risk and the risk that is specific to the project,” notes Harvey. “Even though the project risk may not have changed, the country risk may have gone up, and you can’t go ahead with your investment.”
So what can companies do? According to Harvey, the options are limited, but there are increasingly interesting alternatives in project finance. “The idea is to separate the fate of the financing from the company and to instead tie it to the particular project. Companies can set up a special structure where they can issue a bond that will be paid according to the project itself and not the company as a whole. In the case of Argentina, you could have a massive devaluation, but because the output would be paid in dollars, this could be a way to buy into Argentina and still avoid the standard country risk.”
While Harvey contends project financing provides a lower-cost alternative to bank loans in a crisis, others advise caution. “Project finance is hard to do, and no matter how watertight the deal may be, bankers are going to want to wait for the bottom of the crisis to be overcome,” counters Xavier Jordan, principal financial specialist at the International Finance Corporation’s (IFC) global financial markets department, adding that these deals can also take more than a year to complete.
“Project finance is not a short-term solution to the inability to raise other kinds of financing,” says Jordan, who feels trade finance for exporters—who typically benefit from currency devaluations associated with financial crises—is a more attractive option.
“Trade finance has less credit risk than long-term loans, but when a country is in crisis, there’s perceived political risk as well as transfer and convertibility risk,” says Jordan. “So one way to address this risk in an inherently low-risk asset class is to give trade finance semi-preferred creditor status. Either a country can do that or you can wrap trade finance transactions to some type of B-loan umbrella, which we [the IFC] offer and which mitigates transfer and convertibility risk.”

A Range of Alternatives
“The other alternative, which is more complicated, is that you have a corporate or bank raising money in the trough in some structured transaction where you have a securitization and probably the sale of offshore foreign exchange remittances or receivables,” adds Jordan. But market analysts warn that securitizations of future flow receivables are generally limited to top-rated borrowers, with drawbacks including high preparation costs, long lead times and a reluctance among borrowers to provide the requisite full disclosure of corporate information. “However, such transactions can be structured to mitigate sovereign risk so that a developing country borrower can access longer-term financing at lower interest rates than unsecured bonds,” says a World Bank Economic Policy and Prospects Group report on securitizations, authored by Suhas Ketkar and Dilip Ratha. “Typically, such benefits of lower interest rates or longer maturity far outweigh the high fixed costs of undertaking future flow securitization, especially during a crisis.”
Harvey says companies may still choose to take on short-term financing when the cost of capital is higher than the hurdle rate on a project but the company has the expectation that the term structure on the cost of capital is downward sloping. “The thought here is that it’s going to cost me 45% in 2004, but I’m confident that it will drop afterward, so I’ll take a hit in the first year but the crisis will eventually be worked out.” He suggests some companies may choose to hold a “fire sale,” selling equity to a partner at a discount or taking on a foreign investor attracted by buy opportunities produced by the crisis.
A World Bank report on the 1997 crisis in Thailand, authored by Pedro Alba, Stijn Claessens and Simeon Djankov, argues the corporate finance structure did not serve the country as well as it could have, adding that the depth and length of the crisis was exacerbated by fragility in corporates’ financial structures. “In general, firms found themselves very exposed to the changes in economic environment following the financial crisis,” notes the report. “Long-term funds from local sources for every type of firm were scarce—due to the lack of institutional investors and the excessive reliance on bank financing.”
According to the report, Thai companies responded with overextended offshore borrowing. “Small and medium enterprises (SMEs) in Thailand have had relatively little access to formal financing, as lending was skewed to large firms, and the cost of any financing for these firms has been high, with resulting constraints on SME growth,” the report says. “In addition to a lack of creditworthiness, poor information and high administrative costs, this is due to the limited forms of collateral that can be used or pledged and the insufficient skills of borrowers.”
Argentine corporates are also extending credit to their customers as a way to boost sales and as an added revenue source. Government data shows nearly 20% of companies that planned to seek bank loans before December would use the funds to finance their clients’ purchases. This has been particularly popular among large Argentine home appliance stores that have securitized their receivables by offering credit to customers and then ceding future payments to a trust fund as collateral for a local bond issue. Proceeds are then used as working capital.

Smaller Companies Suffer
One lesson learned from South Korea’s crisis of 1997 is that, while large companies had access to more financing options, smaller and medium-size firms continued to seek conventional bank loans. Small Korean firms did not have other cushions, such as retained earnings or equity, to fall back or absorb the effects of the crisis. After the crisis, large and small corporates alike reestablished their relationships with bankers. While commercial banks accounted for 14% of Korean corporate financing flows in 1996, the figure fell to 2.5% in 1998. However, by 1999, as the crisis came to an end, it rebounded to 29.2% and to 35.2% in 2000.
Indeed, Argentine banking authorities say the slight increase in bank lending reported since mid-year has been driven mainly by a combination of increased credit-card usage among consumers and a push by small and medium-size companies to take short-term peso loans for relatively small amounts. The INDEC survey shows the number of corporates planning to seek bank loans rose to 30% in October, up from 22.7% in July, on account of declining interest rates and encouraging predictions that the economy will begin to recover as it grows by 7% this year.
A financial crisis will likely lead to changes in a country’s banking system as well. In Thailand, the crisis led to a high rate of non-performing loans (NPLs) and foreclosed assets on banks’ balance sheets, for which only well-capitalized banks were able to quickly resume their lending activities in a post-crisis environment. Those that were well capitalized but had high levels of NPLs were likely to diversify into securities investments. Thai firms diversified their sources of financing, turning to debt securities and trade finance.

Capital Sources Multiply
The global banking sector consolidation, coupled with a wider variety of financing sources, has also brought about some important changes compared to the scenario faced by both the public and private sectors under previous crises in the 1980s and 1990s. “Banks are no longer the major providers of credit, there are lots more sources of capital, and you have a lot fewer banks as a result of sector consolidation. So in a crisis scenario, like in Brazil last year, you have only 10 or 20 banks controlling credit, and if they all start cutting back, the cut-backs are more dramatic,” adds the IFC’s Jordan.
If the sovereign faces a crisis, Jordan says, there’s no longer a steering committee, comprised of a handful of creditors, that can sit down with the government to work out an arrangement to maintain financing flows through a gentlemen’s agreement, as had been done in the past. Now, there are hundreds of constituents involved. So any help that the government may have been able to give corporates has been diminished, for which company executives will continue to come up with new ways to weather the storm.