Letters of credit and open account trading have long been staples of what banks do. Now they’re eyeing up trade services in their bid to build ever-stronger relationships with corporates. 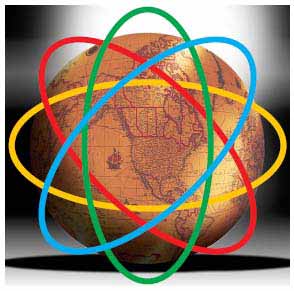 “If you look at the entire transaction process from the viewpoint of the customer, cash, trade and working capital functions are all intertwined.” It may sound like Daniel Cotti, head of the global trade advisory group at ABN AMRO, is stating the obvious, but he is describing a relationship that banks have only recently begun to see as a source of additional business.
Cash management and trade have always been linked in that any export or import is usually associated with a payment. Now the banks and corporates are looking at ways to improve that integration, and banks are realizing that trade can be a growth area, just as payments has been.
As the banking industry gets serious about trade, the industry infrastructure body, SWIFT, is set to create a new trade services utility (TSU) to improve processing efficiency in the trade area. Both this and other developments hold out the prospect of cheaper, more efficient services that deliver cash more quickly to treasurers and allow them to manage their working capital much more effectively.
As Cotti explains: “The TSU would take a proven process, namely the SWIFT messaging platform, and provide a common language and trusted standard to communicate key element data involved in a trade transaction. It would start simple—for example, taking a purchase order and reducing it to common elements that everyone could agree upon. It would also use the existing SWIFT member banks to serve as conduits to this utility, so even those parties that lack sophisticated technology could participate.”
As well as SWIFT and the banking industry, corporates themselves are helping to drive the process. “Corporates are automating more of the logistic supply chain,” says Johan Kestens, the head of new business development at SWIFT, which gave a greater prominence to trade at this year’s Sibos conference, which was held in Singapore.
Corporates are moving more of their internal information into a straight-through processing (STP) environment. This means that there is, for instance, a very close degree of integration between the databases of key suppliers and customers such as P&G; and Wal-Mart or Intel and Cisco.

Banks Seek Key Role
Banks have scented an opportunity to help link this information with their own processing capabilities. The more information from trade transactions they can feed back into the corporates’ STP systems, the smaller the chance of them being “disintermediated” by the corporates. Crucially, the banks see their role as being to manage the financial risks inherent in transactions, and, for now, they do not believe corporates want to assume the risks in trade. 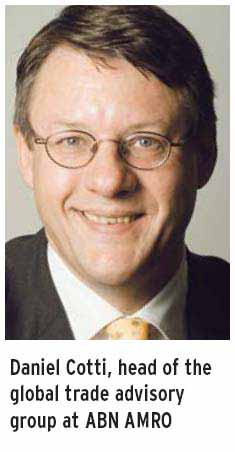 The key to the banks’ role will be Internet-based technologies. Unfortunately, the Internet had something of a false dawn in the trade services area a few years ago. Amid the e-commerce hype, SWIFT and the Through Transport Club (TTC) helped to create Bolero.net, a system for the dematerialization of all the documents involved in trade—everything from letters of credit (L/Cs) through to customs documents and bills of lading.
Today, Internet technologies are enabling banks to do more, but the lessons of Bolero and its rival,Tradecard, are that ‘revolutionary’ initiatives do not always deliver. For one thing, says John McFadden, director, trade services, product management and development, at Wachovia Bank, Bolero’s traction has been limited because there were significant capital costs incurred in joining the system.
At the same time, Bolero needs everyone involved in a trade chain to sign up. If only one link in that chain is still processing information and payments manually, then the system cannot deliver on its promise of straight-through title exchange and settlement.
Where it can work, however, is in particular ‘communities’ or industry trade chains. Shin-Won Kang, senior manager in Korea Exchange Bank’s international business banking group, told Sibos how the bank is helping the Korean steelmaker POSCO to automate payment initiation to its Australian raw material suppliers against document compliance.

Technology Gives Coffee Exporters a Boost
One of the most widely talked about examples of a Bolero success story is still the Colombian coffee exporters’ federation.Working with JPMorgan, the coffee exporters were able to achieve a big improvement in the speed at which they received payment.“The time taken from the creation of shipping documents to getting paid was cut from 21 days to somewhere between three and four days,” says Andy Tagart, regional trade product manager for Europe, Middle East and Africa at JPMorgan.
Not only is it about receiving money more quickly: New trade finance services should be able to give corporates a much greater degree of certainty that money will actually arrive.“The provision of information around the transaction gives the corporate treasurer greater certainty about the payment and its timing, and it puts them in a better position to make calls based on that,” says Tagart.
Greater certainty also means less need for corporates either to fund themselves while they wait for payments to arrive or to keep idle balances to cover against payments going out. 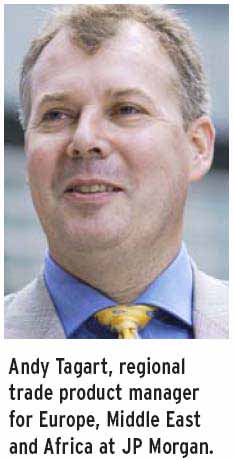 Banks are, says McFadden, improving the tracking of payments and receivables and of the information that goes with them.“Corporates will know when cash hits their accounts, not just the point at which it goes into a back-office system,” he adds.“They can initiate inquiries online and receive feedback.We provide data in a downloadable form that they can post to their accountspayable department and that increases STP on the corporate side.”
As well as improvements in cash management, there are also basic savings for corporates and banks alike on paperwork.The documentation bound up with international trade costs somewhere between $400 billion and $450 billion a year. For Korea Exchange Bank, Boleroenabled initiatives could shave $2.7 million off bottom line costs.
Anything that companies can do to cut costs has to be welcome. That is where the banks have a number of suggestions. Some involve what Tagart calls the “insourcing” of the preparation of export documentation for companies by the banks.Alternatively, he says, the bank can provide exporters with the technology to input more of this data themselves. Using bank technicians’ core documentary skills, insourcing can, says Tagart, be a big help in dramatically reducing the number of discrepancies that affect exporters, and, where this documentation is handled electronically, discrepancies can be corrected instantly, he says.
Tagart also sees scope to improve service in the area of payables and receivables discounting.This technique may have been around for literally hundreds of years, but, he says,“in the manual world it’s very expensive, especially with small payments. Internet-enabled decisions can make it a lot more effective.”As Kestens points out, “A purchase order from a triple-A-rated corporation like GE is almost as good as a check,” and banks should be able to provide services based around that. ■