The global electric power industry is undergoing some sharp changes as the focus switches from developed to emerging markets.

If you make your living from the electric power industry, the good news is that worldwide demand over the next three decades is expected to require nearly $10 trillion of investment from private and public sources. The bad news is that it’s an extremely risky business in which to sink your money.

And the harsh market conditions and global economic downturn of the past few years have left many power companies and their investors saddled with weak financial results while their unsatisfied bankers remain leery of making new deals. Some investors are even now literally holding the keys to generating plants that they once thought would be lucrative investments.

“The international power finance market has dried up,” says Rick Vidal, associate director at Cambridge Energy Research Associates, a global consulting firm based in Cambridge, Massachusetts. “In a way, the banks are spooked. It started with the Asian financial crisis in 1997 and then moved over to North America.”

Adds John McConomy, a partner in the Philadelphia office of the energy and utilities team at Pricewaterhouse- Coopers: “Project finance is pretty quiet right now. There’s not a lot of lending going on.There’s been a loss of liquidity and a reduction in credit quality.” 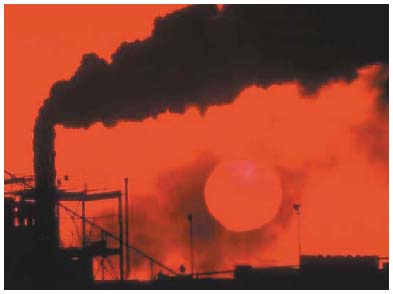 Perhaps the geographic region with the most unexpectedly disappointing results for investors and bankers in recent years has been the energy-guzzling market of the United States.Huge and hungry for electricity, the US electric power market has become overbuilt in the past few years as the promise of deregulation drew new players and the construction of too many plants. So-called merchant suppliers, who sell their electricity to whatever buyer needs the power, helped saturate the US market with their presence as deregulation took hold over the past decade.

In the past four years, 200,000 megawatts of new generating capacity has been added in the continental United States. And a 1,000-megawatt coal-powered power plant can cost $1 billion.“Too much capital was invested in new generation capacity over the last three to four years,” says Robert Petrosino, who is a director and senior utility analyst in the New York office of Barclays Capital, the investment banking division of Barclays Bank. Industry observers estimate that the US market will need anywhere from three to 10 years to recover from the capacity hangover.

Lenders have also been put on edge by energy company financial disasters, such as Enron, that emanated from corporate mischief.They’ve been rattled further by the subsequent US legislation—the Sarbanes-Oxley Act—that makes public companies more financially accountable.

And as the nightmare that California businesses and consumers experienced in 2001—complete with skyrocketing prices and power outages—reined in the pace of deregulation, it also ended up clouding the regulatory framework in the United States. While Congressional committees have made progress on a national energy bill, versions of which have been kicking around for years, the United States still contains a patchwork of state regulations.The result is more uncertainty for power companies and their lenders and investors—which isn’t good for the industry’s financing prospects.

McConomy doesn’t expect the US electric power sector to experience real growth until the US government lays out its intentions in new energy legislation.

“There’s a lack of clarity around government regulations,” he says.“Investors have to be confident that they will get a return on their investments.” And that hasn’t been happening.“The cost of fuel is high and the cost of power is low,”says Jennifer Kreischler, another partner in the Philadelphia office of PricewaterhouseCoopers’ energy and utilities team.

In the meantime, US bankers for the most part are contenting themselves with refinancing arrangements to help their clients take advantage of lower interest rates and restructuring deals, especially as the financially troubled merchant energy companies attempt to take out bridge loans and intermediate term-financing to get themselves through the tough financial times.

“There will be capital for the right deals. But the market will be focused on restructuring deals,” says Chris Beale, managing director and global head of project finance at Citigroup in New York. 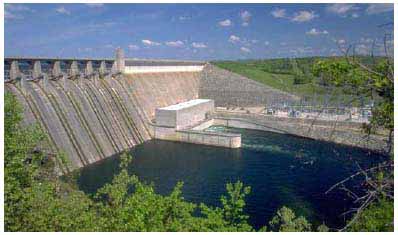 The immediate outlook for the electric power sector in Western and Eastern Europe is a bit more dynamic.Although the electric power industry technically has a capacity surplus, the continent has many plants more than 40 years old that will need to be replaced or refurbished over the next five years,Vidal says.

“Eastern Europe also has built a ton of coal-fired plants that will need to be refurbished,” he adds.

So while power companies and their investors wait out the saturated market conditions on both sides of the Atlantic,many emerging markets around the globe are offering opportunities. Analysts point to rapidly growing nations like China and India in Asia, Saudi Arabia, Iran and Algeria in the Mideast, and Brazil and Mexico in Latin America as among the developing nations with some of the most immediate needs for more megawatts.

“There is always going to be a need for electricity,” says Vidal.“Populations are growing and economies are rolling along, and there is not adequate access to electricity.” According to a report released in early November by the International Energy Agency, developing nations will require about $5 trillion in investment over the next three decades. Overall, the study estimates that the world will need $10 trillion in power sector infrastructure over the next 30 D E C E M B E R 2 0 0 2 42 D E C E M B E R 2 0 0 3 43 SECTOR REPORT ELECTRIC POWER G L O B A L GF F I N A N C E years—three times higher in real terms than investment in the sector over the past three decades. It’s also 60% of the total $16 trillion in investment that the energy sector will require over the next three decades.

Titled World Energy Investment Outlook—2003, the report estimates that as demand for electricity surges over the years, investment will jump from $2.6 trillion in this decade to $3.4 trillion between 2011 and 2020, and increase further to $3.9 trillion in the decade between 2021 and 2030.

The Paris-based agency is an autonomous organization that was created in 1974 to deal with the oil crisis and linked with the Organization for Economic Co-operation and Development. According to the report, China will have the largest investment demand, eating up nearly $2 trillion. The five largest emerging markets—China, Russia, India, Indonesia and Brazil—together will need nearly $3.8 trillion. Analysts estimate that Mexico’s stateowned electric utilities alone will need more than $5 billion a year in new power plants and delivery infrastructure to keep the lights on.

Opportunities also abound in the Middle East, including Saudi Arabia, Iran, Egypt and other nations that need electricity to build water desalination plants as well as meet the needs of rapidly growing populations.“In many of these countries you have subsidized power consumption, so people use air conditioning, and demand is skyrocketing,” says Vidal.

Questions Remain Over Sources of Funding

Whether the bureaucrats of these cash-strapped and politically risky countries can attract new financing dollars is a key question.“Developing countries in general will need substantial investment because capacity additions slowed down in the 1990s and demand for electricity is increasing,” comments Maria Argiri, a senior energy analyst in the International Energy Agency’s economic analysis division who worked on the report. “Whether we’ll see big companies investing in developing countries is particularly uncertain at the moment.Private investment there has been declining,” she adds.

Vidal says that many of these countries, including the big growth markets such as China and India, have dissuaded new investment as one government agency or another suddenly changed the rules of the game in midstream. Some state-owned utilities in China, for example, renegotiated agreements that had previously been settled between the federal government and foreign investors.

And while the countries don’t have the financial capacity to build power plants without external financing, government officials have yet to make the regulatory reforms that are necessary to entice investors on a longterm basis. “In some of these countries electricity has been controlled by the government so long and used as a political tool and been given away for free or below cost that it’s bankrupted the utilities and certain governments,” Vidal says.

Analysts agree that the shift toward privatization in the electric energy sector in the past 10 to 15 years has helped attract more private financing over the past decade. But after increasing substantially in the early to mid-1990s, private sector investment in electricity and distribution dropped sharply to $17 billion in 2002— equal to the level of 1994, according to the report.That $17 billion was down from a high of $52 billion in 1997.

The market reforms and privatization efforts that once attracted banks haven’t turned out as stable and effective as once believed. Banks today are reluctant to extend loans to power companies, whether corporate or project finance, unless a high ‘risk-adjusted’ return is expected, according to the IEA. In 2002, debt issuance by power projects plummeted by more than 40%, to about $80 billion. “A rebound in lending to the power sector will depend on improved market conditions and renewed confidence on the part of the commercial banks,” the report states.

But despite the drawbacks and political risks, the IEA report predicts that the private sector will play an increasingly important role in financing energy projects over the next three decades.And emerging market bureaucrats will need this foreign investment if the megawatts are going to come online and satisfy their citizens.“Electric power is the most political industry,” says Vidal. “Everyone is touched by electricity.We all expect to go into a room,flip a switch, and expect the lights to turn on.” ■