“A resolution will return Argentina to the financial community and cut its debt-to-GDP ratio to 90% from 150%.” 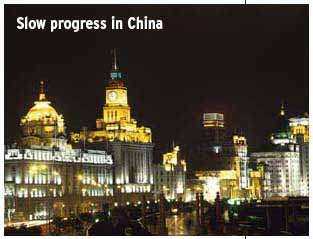 making slow progress in tackling the bad-loan problems at the Big 4 state banks, which have hundreds of billions of dollars of non-performing loans on their books. Moody’s Investors Service says in a new study that the government’s attempt to improve asset quality by shifting bad loans to asset management companies, or AMCs, is backfiring.The credit risk is being reintroduced to the banks, which are using interest from AMC bonds to enhance accounting profits, the rating agency says.
Moody’s says that although the idea of AMCs in China is sound, the ambiguity in the bonds issued to the banks in exchange for their nonperforming loans suggests that the financial risks are re-emerging at the Big 4, which control the vast majority of the country’s banking system.
Under the arrangement, the banks reserve the interest payments they receive from the AMCs against any future losses on their AMC bonds.The interest the Big 4 now earn from their AMC bonds represents a significant portion of their net interest income and masks their true level of profitability, the Moody’s report says.
Meanwhile, China’s largest bank, Industrial and Commercial Bank of China, plans to securitize its bad loans in a deal signed with Credit Suisse First Boston. According to CSFB, securitization is preferable to the outright sale of bad loans because it would enable the banks to retain some of the income from the recovery of loans.
Bank of China has begun selling about $2 billion in bad loans related to property investment in Hong Kong. Other big loan sales are planned, pending government approval, as China’s bad-asset market opens up to foreign investment. US investment banks are seeking the goahead to enter into strategic relationships with Chinese banks for the settlement of bad loans.