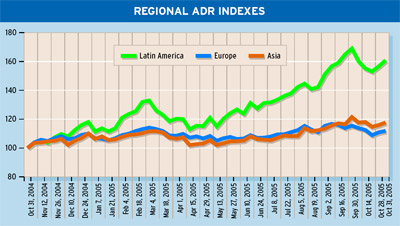 The biggest leveraged ESOP, or employee stock-ownership plan, that Europe has ever seen was part of Electricité de France’s $8.5 billion initial public offering in November, the largest IPO in the world for the past five years.

Workers at EDF waged a campaign of protests against the partial privatization of the electric utility, which sold a 15% stake to raise money to compete in Europe’s power and gas markets, as well as to increase electricity production within France. Some of these same workers are smiling all the way to the bank as a result of the generous terms of the ESOP, which was designed to create a culture of share ownership by making the stock affordable to even low-income employees.

“The company wants the employees to be very happy. They want something new,” says Martine Giffon, director, corporate equity structures, SG CIB in Paris. Workers were allocated 15% of the issue, or 36.4 million shares.

Employees of the utility were allowed to buy shares at 10% of the offering price, and they also received a guarantee that they would not lose any of their investment, according to Giffon. “It was easy to sell this plan to the unions because of the guarantee,”she says.


The only requirement for the employees who purchased shares was that they agreed not to sell the stock for five years. The five-year lock-up period was necessary in order for SG CIB to structure the deal through a forward swap agreement and call options sold to the employees, Giffon says.

SG CIB is providing the financing to fund the plan through a pre-paid swap. “It was somewhat risky to hedge such a large issue involving a single stock which was not yet listed,” according to Giffon.

The employee-owners will receive a multiple of the average of the stock’s positive performance. “We will look at the stock price each week, with one fixing a week for five years, or 260 fixings,” Giffon says. “If the price is below the original price at the fixing, we will take out the option.”

Trading in the shares on the Euronext exchange was scheduled to begin on November 21, which was after Global Finance went to press.

Credit Agricole’s Calyon investment banking unit, Morgan Stanley, BNP Paribas and ABN Amro Rothschild managed the sale. An over-allotment of more than 30.9 million additional shares was made available to the banks managing the issue, which was France’s largest-ever IPO.

Unions have staged strikes and protests against the stock sale, saying it could lead to job reductions and energy-price increases.

In late October Prime Minister Dominique de Villepin canceled the proposed partial sale of nuclear-energy group Areva, which had been scheduled for next year. The conservative government had hoped to raise cash from an extensive privatization program to pay down some of its heavy debt burden.

EDF generates 85% of the electricity used in France and is the world’s largest generator of nuclear power.

The communist-backed Confederation Général du Travail, which represents half of EDF’s workers in France, has fought hard to block the sale. In June 2004, EDF employees disconnected the electricity supply to three suburban Paris train stations for four hours to protest the government’s plan for privatization, stranding 500,000 passengers.

The government scaled back the share offering to 15% from 30% following the workers’ protests.

This article appeared in issue September 2006