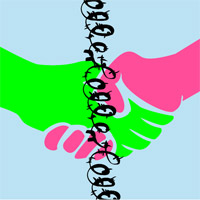 At first glance 2005 appears to have been a record year for worldwide M&A.; In the third quarter the volume of worldwide M&A; deals was almost 50% greater than the same period of 2004. According to Thomson Financial, Europe saw a staggering 75% increase in M&A; activity in the third quarter, with the US market experiencing a 37% increase in deal volume. Standard & Poor’s anticipates that industry consolidation in Europe and the US will continue to fuel a worldwide surge in M&A; throughout 2006.

The numbers are remarkable, but there are still questions over whether all really is well in the world of cross-border M&A.; Arguably, Europe has not seen some of the megadeals that have characterized the US market in recent months, more notably Proctor & Gamble’s $57 billion takeover of Gillette. Some maintain that those deals are yet to come, particularly in the telecom, utilities, banking and energy sectors, where market liberalization and privatization of formerly state-owned companies suggests that European companies are ripe for the picking.

But Jeremy Dickens, a senior partner in the London office of legal firm Weil Gotshal & Manges, says cross-border M&A; between European companies and US firms contrasts with the somewhat rosier outlook for worldwide M&A; in general. He points to figures published by Bloomberg that indicate that most of the cross-border M&A; deals in Europe were led by European companies. In the UK, British firms accounted for more than 40% of M&A; deals, followed by the French and Germans at 26%, while US firms accounted for a paltry 8%. “If you look at it on a market-by-market basis, there is a high degree of intra-European M&A;, but not a lot of M&A; with non-European buyers,” says Dickens.

However, José Manuel Campa, a research fellow at the Center for Economic Policy Research (CEPR), says that was not always the case. He points out that in the past decade there had been surprisingly more deals between EU and US companies but that in the past year there had been more pronounced activity within Europe than in the US, which he attributes to the role played by venture capital funds.

George Kleinfeld, counsel in Clifford Chance’s Washington practice, says that unlike Europe any official remonstrations surrounding national security interests in the US are based on a rule-of-law approach. He is referring to the Exon-Florio amendment adopted in 1988 in response to an influx of Japanese high-tech investment. The amendment gives the US administration the right to review, where appropriate, foreign acquisitions that could give rise to national security issues. “Traditionally, we have not applied the concept of investment screening or economic chauvinism beyond the boundaries of national security, unlike our friends to the north, the Canadians, as well as the Australians and others in the OECD club,” Kleinfeld says. Yet in the past four years, Kleinfeld says, the Exon-Florio amendment has been more aggressively applied as a result of the terrorist attacks of September 11, 2001, and concern that China’s economic expansion may threaten US interests.


In the context of CNOOC’s bid for Unocal, Kleinfeld says that political opposition was based not only on “economic patriotism” but also reciprocity concerns —if US companies cannot invest in Chinese oil and gas companies, why should it work the other way? This reaction from Congress imposed a risk premium in domestic bidder Chevron’s favor, because the timing and outcome of an Exon-Florio clearance could not be taken for granted. “Closure of the deal with CNOOC was not a sure thing,” Kleinfeld says. “If Unocal had wanted to take the risk, they could have accepted CNOOC’s offer, undergone an Exon-Florio review and sought to mitigate concerns by divesting certain assets.” This is very different from what appears to be happening in European countries such as France and Italy where, he says, foreign takeovers may be influenced by completely “non-transparent” considerations without recourse to an established administrative process.

Kleinfeld worked on Chinese company Lenovo’s acquisition of IBM’s PC business, which he says attracted the attention of Congress. He says the transaction was “excruciatingly reviewed” under the applicable regulatory procedures and went forward on that basis. Unlike the CNOOC/Unocal deal, there was no rival domestic bidder and political opposition was restrained. However, he acknowledges that fervent nationalists could in the future use national security as an excuse to prevent foreign takeovers. “The problem is that it is hard to objectively define a national security threat. Politicians who have an economic nationalistic agenda could use national security as an excuse to defend parochial interests,” he points out.

So with economic patriotism and national security interests coming to the fore in cross-border M&A;, will companies considering taking the plunge think twice? While potential acquirers in such deals need to spend a lot of time and money exploring the political and cultural implications of cross-continent or cross-border M&A;, Dickens says if the deal is important to them, they will factor that into the cost of doing business.

But the problem is unlikely to go away. Campa anticipates that there will likely be more FDI from Chinese and South Korean companies and that the reaction to these investments will be similar to that in the 1980s when Japanese companies were intent on world domination. “In general, greenfield investment will be perceived to be better than acquisitions of existing companies,” he says. “The biggest problem with economic patriotism will be for cross-border integration of European companies, which is highly needed in certain industries.”