Asia has confounded skeptics with its remarkable rebound, but its continued rapid growth will depend on some tough decisions. 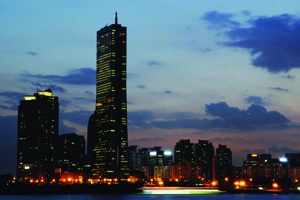 Asia’s economic outlook was bleak this time last year. Despite its financial reforms, high savings rates and low exposure to toxic assets in the United States, the region could not escape the economic turmoil brought about by the global credit crunch. Asian countries were hit just as hard, in some cases even harder, than their Western counterparts.

But a lot has happened in the intervening year. Asian policymakers acted quickly and with force, stimulating their economies through increased government spending and looser monetary policies. In a phenomenon that echoed the “Asian contagion” of prior crises, the governments’ moves reinforced each other, with growth spilling over from one country to the next and pushing up the region’s economy. By the second quarter of this year, all Asian economies were growing again.

The momentum is unlikely to reduce. The International Monetary Fund (IMF) now expects Asia to post growth of 2.75% this year and 5.75% in 2010.

Kim Eng Tan, director of sovereign and international public finance for Standard & Poor’s Asia office, explains how Asia rebounded so quickly: “Governments here do not have to commit large amounts to keeping their banks financially stable. Instead, they have dedicated their financial resources to supporting their economies. At the same time, households were able to tap their significant savings to support spending even as unemployment rose and income growth fell. Banks were also in a position to expand their lending, although the higher risks involved have led some banking sectors to reduce their lending somewhat. These factors all contribute to making fiscal stimuli in Asia more effective than in many places.”

The IMF estimates that Asia’s fiscal stimulus policies added 1.75 percentage points to the region’s GDP growth in the first half of the year. These policies softened the effect of falling exports to Western markets. The sustainability of such policies, however, will become more challenging if demand in Western markets does not pick up again. “A prolonged recession in the developed world remains the key risk to growth in Asia,” explains Tan. “Although the fiscal stimuli have supported growth, they are only temporary measures. Fiscal space of Asian governments will be reduced substantially if these stimuli are sustained for a couple more years.”

Government stimulus measures also face challenges on the monetary front. Low interest rates and higher government spending are pushing liquidity into Asian economies, even as they strengthen. The influx of money increases inflationary pressures and could ultimately lead to asset price bubbles. Signs of such bubbles are limited thus far, but property and stock market prices are climbing.

Policymakers are aware of the risks, and South Korea, Singapore, Hong Kong and China have already imposed stricter regulations on lending. Further policy moves could include tighter lending requirements, stimulus spending reductions, exchange-rate appreciation and interest-rate hikes. The timing of such moves will be essential to their success. Acting too early could derail the recovery; acting too late could allow asset bubbles to form and inflation to rise.

Monetary policy in Asia can be more challenging than in other regions of the world, explains Ramkishen Rajan, associate professor of public policy at George Mason University. “How to use exchange-rate and monetary policy when you see an asset bubble forming is the big issue. In the case of the US, it is clearly an issue of interest-rate policy. For Asia, it’s a more complicated issue.”

Currency protection lies at the heart of this complicated issue. Asian policymakers buy foreign currencies, primarily US dollars, to protect their markets from financial shocks. Such shocks generally lead to capital outflows, as foreign investors transfer funds back to safer investments close to home. The accumulated foreign currencies, or foreign-exchange reserves, help governments protect the value of their own currencies when these foreign investments are withdrawn.

These foreign-currency purchases push down the values of Asian currencies. Many policymakers, in fact, keep their currencies tied to some degree to the value of the US dollar. This tie to the dollar provides an easy mechanism for foreign-exchange accumulation. But it also limits policymakers’ capacity to raise interest rates. Any interest-rate increase would likely attract capital inflows, as international investors try to cash in on the discrepancy between the high interest rates in Asia and low interest rates in the US. Such inflows would further push up liquidity and thus asset bubbles, defeating the purpose of the rate increase.

Foreign-currency reserves helped Asia weather this most recent global credit freeze, and for that reason Rajan thinks that freeing up exchange-rate and monetary policies could be even more challenging. “Policymakers who were criticized for holding too much foreign reserve were, in some ways, vindicated by this crisis,” he explains. “Paradoxically, the crisis may lead a lot of the Asian economies to become even more conservative about their reserve holdings. To build up reserves, you must intervene in the foreign-exchange market, and inevitably you’re going to keep your currency undervalued.” 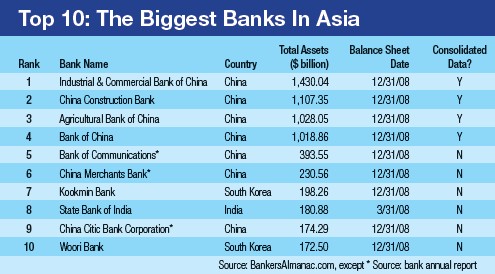 The Case for Coordination

While foreign reserves have increased, policymakers are looking for ways to reduce their dependence upon them. The Association of Southeast Asian Nations (ASEAN) joined with Japan, China and South Korea in May to create a $120 billion currency reserve pool as part of the Chiang Mai Initiative Multilateralization (CMIM) agreement. The IMF is also getting involved, allocating $54 billion to central banks in Asia in the form of special drawing rights (SDRs), the IMF’s reserve currency. The CMIM reserve pool and the IMF’s SDR allocation will provide protection to Asian currencies without tying policy to Western central banks.

Despite these efforts, most Asian countries are reluctant to let their currencies appreciate significantly against the US dollar. Frederic Neumann, senior Asia economist for HSBC, explains: “The policies linking exchange rates to the US dollar have made monetary policy in Asia much more difficult and bubbles much more likely. Ideally, you want to see Asian currencies appreciate to rebalance the global economy. That would be the right path, but I don’t think Asian governments are ready to allow their currencies to appreciate very rapidly.”

This reluctance stems largely from the potential effects of exchange-rate appreciation on export sectors. A higher exchange rate would make exports more expensive, hurting export-oriented companies that are already grappling with a significant slowdown in Western markets. Thus, policymakers are reluctant to allow exchange rates to appreciate, even though the depressed exchange rates limit monetary policy control.

Regional cooperation could help, Neumann believes. “There is an inherent exchange-rate competition in Asia. No one wants to allow their currency to appreciate faster than their competitors’, even though it would make sense for everyone to allow their exchange rates to appreciate together,” he says.

Policymakers could see benefits beyond greater monetary policy control from coordinated currency appreciation. Stronger currencies would increase the buying power of Asian consumers. This strengthening of domestic demand is essential for Asia to reduce its dependence on Western markets and thus its vulnerability to economic shocks from overseas.

“Asian countries must transform from a system that relies on Western imports to one that relies more on self-generated demand,” explains Frank Song, professor of economics at the University of Hong Kong. “That’s the key, but it’s a very challenging task.”

Asia is making some progress on this task. Asia’s current recovery, in fact, comes during an export contraction, which demonstrates that internal demand is clearly playing a stronger role in the economy. Relying on this measure to demonstrate domestic demand strength could be misleading, however. Government spending has driven much of this demand, and the withdrawal of stimulus measures could weaken domestic markets.

“The stimulus package cannot go on forever,” explains Song. “At some point there has to be some increase in private investment and consumption. Whether Asia can sustain growth depends on the restructuring of the economy in the longer run. The imbalance in the global economy must be addressed head on.”

Here, too, there are signs of progress. Loan guarantee programs for small and medium-size enterprises (SMEs) are keeping financing channels open for small, private companies, which tend to be more labor-intensive and domestically oriented than larger corporations, while increased labor demand is pushing up employment and wages. Governments are investing more in pensions, education and health services, freeing up precautionary savings and thus consumption capacity. As a result of these trends, Asia’s increase in consumption this year will offset the decrease in consumption in the US, according to HSBC estimates.

Consumers are not the only ones saving too much, however. The IMF, in its October regional report, points to another trend inhibiting Asia’s consumption: a rise in corporate savings. According to the IMF, “rising corporate savings, stagnant corporate investment and a lack of offsetting behavior by households have led to a widening of the region’s current-account surplus, directly contributing to the global imbalances of the past decade.”

The IMF points to two major causes of this savings surfeit. First, financing options are limited, meaning that corporations have to fully fund their own projects or, in the case of emergencies, their own survival. Second, corporate governance is weak, allowing management to hold on to cash rather than pay out dividends to shareholders. Consequently, the IMF says, Asia’s economies would benefit from improved financial mechanisms and greater corporate governance: “Greater financial development could increase access to capital for a greater number of firms and reduce firms’ need to retain earnings in order to self-finance profitable investment projects. Meanwhile, improvements in corporate governance could impose greater discipline on corporate managers and create incentives for them to retain earnings only insofar as their firms have profitable projects in which to invest.”

The reforms necessary to more efficiently channel Asia’s corporate and personal savings into productive investment and consumer spending will take time, but the global financial crisis has highlighted their importance. The crisis exposed the extent of Asia’s dependence on Western financial systems and consumer markets. Asia’s rapid recovery, on the other hand, has shown the region’s underlying economic strength. Asia must now build on that strength to reduce its dependence on the West and unleash its potential as an economic engine for the region and the world. 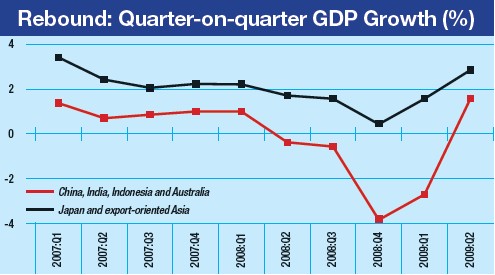