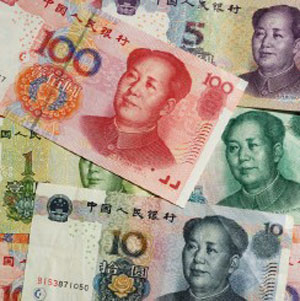 China's trade surplus rose to $27.15 billion in October, its second highest reading of the year, the customs office reported last month. The surplus represents a 60% month-on-month increase and comes despite an almost 3% appreciation of the Chinese yuan against the US dollar since June. The surplus heightened tensions at the G20 Summit in Seoul in mid-November where the US and other trading partners campaigned for a reduction in trade surpluses.

China's consumer price index rose 4.4% year-on-year in October, its highest rate of growth in two years. A more than 10% increase in food prices contributed to the rise. Hoping to relieve pricing pressures, the central bank raised the one-year interest rates on deposits and loans by 0.25 percentage points in October. Government efforts to rein in new lending did appear to be paying off, with renminbi-denominated new loans falling from ¥595.5 billion in September to ¥587.7 billion ($88.5 billion) in October. Property prices in 70 medium and large cities rose by 8.6% year-on-year in October, down slightly from 9.1% growth in September.

Manufacturing in China expanded rapidly in October, according to two separate indexes. The HSBC China manufacturing purchasing managers' index (PMI) rose from 52.9 in September to 54.8 in October, its largest month-on-month increase since the index began in April 2004. The government-backed PMI, published by the China Federation of Logistics and Purchasing, rose at its fastest rate in six months to 54.7 in October.

China's National Association of Financial Market Institutional Investors on October 29 introduced guidelines for the trade of renminbi-denominated credit default swaps insuring bonds and loans, with 20 transactions by nine financial institutions taking place on November 5, the first day of trading. The contracts cannot be used to insure high-risk debt and can be traded only through Shanghai's interbank clearing system. Seventeen domestic and international financial organizations will be allowed to trade the contracts, NAFMII said.