COVER STORY: IN THE DRIVER'S SEAT

Emerging Asia has consolidated its role as the most powerful engine of global economic recovery—but threats to the region's growing prosperity remain. 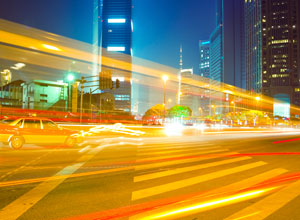 The first thing British prime minister David Cameron did after he was elected this summer was to travel to India in an effort to secure lucrative business deals for British companies. In early November, faced with an increasingly discontented electorate and anxious for signs of a sustainable economic recovery, US President Barack Obama followed in Cameron’s footsteps, visiting India and then traveling on to Indonesia and South Korea in an effort to secure business deals that would generate jobs back home.

With the economic recovery taking longer than anticipated in the US and persistent murmurings about a possible double-dip recession, Asia’s star will continue to rise in the coming months as all eyes turn east in the hope that the continent can help paper over some of the cracks that keep appearing in developed countries’ economies.

With the global economic recovery still on somewhat shaky ground, Fitch Ratings predicts that China’s growth will moderate to 8.6% in 2011. Fitch maintains its 2011 growth forecast for India, which stands at 8.5%. India’s economic growth prospects are slightly more favorable than China’s as its economy is driven more by domestic demand, whereas China’s export sector is still susceptible to “American flu” and has not completely decoupled from the West. However, changes are afoot to try to wean Asian countries off their over-reliance on exports by encouraging higher levels of domestic consumption. According to Andrew Colquhoun, head of Asia-Pacific sovereigns at Fitch, the Chinese authorities have tried to strengthen domestic consumption by allowing wages to rise.

“We are at a different developmental stage,” Yongli Wang, executive vice president, Bank of China stated at the recent international Sibos banking conference in Amsterdam. “Asian countries, apart from Japan, are at the stage of urbanization and industrialization. There is a lot of room to increase capital investment and consumption, which is different from the US and Europe. Asian economies are developing quite rapidly and will continue to do so for the foreseeable future.” With Asia’s export-led economies, including China, seeing exports fall dramatically at the height of the 2008 financial crisis, there is increasing recognition that more needs to be done to increase domestic consumption. “We have to open up domestic consumption and use that as an engine for growth,” says Wang.

Sungho Im, head of the global portfolio management team for Korean asset management firm Mirae Asset Global Investments, points to OECD projections suggesting that more than half of the world’s middle classes may reside in Asia by 2020. “Asia is transforming itself from a manufacturer of cheap products for consumers in developed countries into a leading consumer force,” he stated. “The world is looking to Asia to pick up the slack left by consumers in Europe and the US, who are experiencing a period of austerity following the financial crisis.” As Asia’s consumer power grows, Im says, it presents new opportunities for investors. In India, for example, he says the industry could benefit from consumers’ increased purchasing power, as the growing “power deficit” should result in increased government infrastructure spending.

But if Asia is to “transform itself from a global factory into a global market,” more needs to be done across a wide range of areas, says Shinichi Hayashida, director and deputy head of the international banking unit at Sumitomo Mitsui Banking Corporation, including enhancing social welfare and legal systems and improving labor quality. Speaking at Swift’s annual Sibos conference, Hayashida said there were still a number of challenges for Asia in the medium term. He pointed to aging populations in parts of the region, as well as the need to improve production efficiency and the use of renewable energy as Asia consumes more. And as political leaders from the West plead the case for British and US companies in Asia, countries such as India are facing pressure to further liberalize foreign investment and participation in sectors such as insurance and the legal profession.

A topic that is likely to continue to dominate debate in 2011 is the growing global role of China’s currency, the renminbi. Neil Daswani, regional head for North Asia transaction banking at Standard Chartered, says the renminbi’s internationalization is happening much faster than expected. Offshore demand for renminbi is increasing, says Daswani, and more Chinese imports are likely to be redenominated to renminbi rather than being settled in other currencies. Based on data provided by Standard Chartered and the People’s Bank of China, an estimated RMB200 billion in Chinese imports will be settled in yuan renminbi in 2011, increasing to RMB2.8 trillion by 2015. Tan Kah Chye, global head of corporate cash and trade, transaction banking at Standard Chartered, predicts that the renminbi will be a major reserve currency within 10 years. Yet, Wang of the Bank of China says that whether the renminbi becomes a major reserve currency depends less on China’s monetary policies than on whether the world needs another global currency.

While the renminbi is growing in popularity in trade settlement, renminbi-based investment opportunities within Asia are still very limited. Compared with those in the US and Europe, Asia’s capital markets are relatively underdeveloped, and if the region is to be the engine for world growth in 2011 and beyond, there is increasing recognition that more needs to be done to make domestic and regional markets more efficient, not only from a clearing and settlement perspective but also in terms of developing regional market infrastructures and standards that, in turn, facilitate the development of Asia’s debt markets.

Although onshore bond markets exist in Asia, they are considered relatively illiquid and inaccessible owing to currency and capital market investment restrictions. Developing regional debt markets is also important in terms of helping to finance the $8 trillion the Asian Development Bank estimates will be needed in the next decade to fund much-needed infrastructure improvements in Asia.

But before a regional bond market can be developed in Asia, Hayashida says, there are development-related issues that need to be addressed, including currency restrictions, withholding tax, the lack of messaging standards, settlement cycles that need to be unified, trade and settlement matching and establishing a better legal framework. “All financial institutions need to agree about region-wide bond markets as there are many barriers for bonds to be issued regionally,” he states.

Alex Thursby, CEO for Asia-Pacific, Europe and America at ANZ Bank, says there also needs to be a common framework for clearing and settlement and governance [in Asia], starting with US dollars and then including the renminbi. “It is a process we need to go through as [Asia] becomes more sophisticated,” he stated. Although companies looking to do business in Asia may think of it as a homogenous region, Lisa Robins, vice chairman and managing director of treasury and securities services for China at J.P. Morgan, believes Asia’s many different cultures, languages, regulatory frameworks and legal systems are a key hurdle. “You cannot approach the region seamlessly,” she says. For that reason, she says, any attempts to promote greater standardization and integration across Asia need to come from within the region. “As the renminbi becomes a more accepted currency, China will have an interest in being one of the drivers behind standardization,” she stated.

Thursby says there also needs to be a more consistent approach toward the adoption of the proposed Basel III capital requirements across individual countries in the region—otherwise there could be regulatory arbitrage. But he adds that Asia should not just emulate the policies of Western regulators. “As the banking system in Asia is in far more positive shape, these draconian approaches may stultify growth in Asia,” Thursby cautions.

Asian banks are indeed typically better capitalized and have higher Tier 1 capital ratios than Western banks. Yet banks in the region are being encouraged to rein in lending as there are growing concerns, particularly within China, that so much bank-fueled credit investment could lead to more bad debts. “There is now concern about asset quality deteriorating after strong credit growth in 2009 and 2010,” explains Colquhoun. He says the Chinese authorities have responded by restricting credit growth and real estate speculation. However, he says, questions remain as to whether investments were deployed as effectively as they could have been. And, having encouraged banks to lend more during the crisis, Chinese policymakers now have less room for maneuver if there is a double-dip recession in the West. “In China the authorities are already concerned about the consequences of stimulus measures put in place in 2009 and 2010,” says Colquhoun, “and given that investment is already 47% of GDP, they may find it difficult to pull the same policy levers if there is a double-dip recession.”

There are also growing concerns in Asia about the impact quantitative easing in the West is having on the region’s emerging economies. “US quantitative easing and depreciation of the US dollar is causing other currencies to appreciate, which will put pressure on the Asian economy and financial services sector,” explains Wang. In a recent research note on emerging Asia’s vulnerability to global quantitative easing, Fitch Ratings says continued expansionary monetary policies could result in emerging Asian countries’ importing “inappropriately loose” monetary conditions, as a number of Asian economies have currency links with the US dollar.

As monetary policy conditions in some Asian countries may be loose, Colquhoun says that could lead to a build-up of risk in terms of asset price inflation. Emerging Asian countries with a weaker starting point—perhaps suffering high inflation or rapid credit growth—are considered to be the most vulnerable to the negative side effects of quantitative easing. Fitch Ratings points to countries like Indonesia, Korea and Malaysia, where inflation has been volatile, and says they may need to put in place more “appropriate” monetary policy measures to reduce the pressures from further quantitative easing.

And as investors search for yield, more capital is likely to find its way to Asia—something that has already prompted countries such as Thailand and Indonesia to introduce capital controls. South Korea is believed to be considering similar measures. “One of the downsides of success is that the capital coming into these countries because they are performing strongly could lead to asset price bubbles in real estate and other assets or commodities,” says Colquhoun.