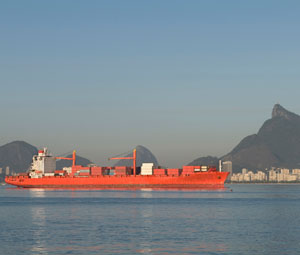 When Chinese President Hu Jintao took his first tour of Latin America in 2004, he left a whirlwind of multibillion-dollar investment pledges, trade commitments and cooperation agreements in his wake, leaving the door open for increased Sino–Latin American economic ties. He returned to the region again earlier this year, opening the door a bit further, perhaps mindful that other Asian tigers are quickly following suit to seek Latin American opportunities of their own.

“It’s with humbleness and certain optimism that we are witnessing that the world’s trade routes are now changing direction and heading ‘South-South,’” said Luis Alberto Moreno, president of the Inter-American Development Bank (IDB) during the China–Latin America Business Summit in Chengdu, China in October. The IDB organized similar forums in Korea in 2007 and Japan in 2009. China joined the IDB last year; Japan and Korea were already members.

“This new ‘Latin American Decade’ should be built in part on the increasing relationship with Asia,” Moreno said. He added that Asia’s share of Latin American trade had already more than doubled from 9% in 2000 to some 20% last year, making Asia the region’s second largest trading partner after the US. Exports from Latin America to Asia increased by 25% between 2007 and 2009, to $100.6 billion.

China’s massive market size and deep pockets mean it remains the main player. Trade between Latin America (including the Caribbean) and China soared from a meager $8.4 billion in 1995 to $110 billion in 2007. Chinese companies now produce automobiles in Uruguay, invest in Brazil’s energy sector, hold stakes in Argentina’s railway network and are active in Costa Rica’s telecommunications industry. With Chinese companies now able to bid on IDB-financed projects, China’s Guangxi Road and Bridge Engineering is building a bridge in Ecuador that will boost trade. China is now the top export market for Brazil and Chile, and the second biggest market for Argentina, Costa Rica, Cuba and Peru.

With analysts predicting China’s record growth rates will slow in coming years, however, Latin Americans are looking to other Asian partners for investments and trade. “If history is a guide and the law of gravity applies to China, China’s economic growth is set to slow,” said a recent Morgan Stanley outlook report. The investment bank predicts China’s GDP growth will average a still-healthy 8% between 2010 and 2020, though slower than the 10.3% average growth posted between 2000 and 2009.

That is not to say that China will lose its preeminence. Indeed, Beijing has already signed free trade agreements (FTAs) with Chile, Peru and Costa Rica. But China is no longer the only Asian player in town. Japan has also completed FTAs with Mexico and Chile and is in talks for a trade pact with Peru. Korea has an FTA with Chile and is negotiating for one with Mexico. Peru signed an FTA with Thailand in November, and its trade agreement with Korea goes into effect next year.

The flurry of trade negotiations is changing the Latin American trade landscape, with several Asian markets vying for a bigger slice of the pie. The Peru-Korea FTA, for example, will increase Korean exports of cars and electronics to Latin America, while Korean companies are poised to invest in the country’s thriving mining sector. Peruvian exports to Korea are expected to rise from $748.7 million in 2009 to more than $7 billion in 2016. The jostling is taking its toll. Japan accounted for 64.3% of foreign cars in Peru five years ago, but the figure fell to 46% during the first half of 2010. During the same period, exports of Korean cars to Peru rose by 7.4% to 23.6%.

“As Asian companies expand globally, they perceive Latin American markets as the next frontier in terms of being able to distribute and sell products, including consumer goods, electronics and the like,” says Robert Lee, a partner at the law firm of Diaz Reus & Targ, which has offices in Orlando and Shanghai. “As China [evolves] away from its traditional manufacturing economic model, these opportunities are moving to other parts of the region, including Southeast Asia; as such, Latin America may look to these pockets to further commercial relationships,” says Lee, who counsels multinational companies on business transactions and investments, with an emphasis on China, Hong Kong, Korea, Taiwan and Vietnam.

“A number of companies in Japan, Korea, Singapore and Taiwan, particularly in the consumer products sector, have reported strong sales in the region,” says James Hsu, a corporate partner in the law firm of Squire Sanders in Los Angeles. “Many of them have by now set up sales and distribution networks in Latin America.” Hsu argues that, unlike North America and Europe, Latin America is a growing market that presents opportunities for companies to increase sales revenues. “Some companies that have only moderate sales in North America and Europe have witnessed strong sales in Latin America due to the region’s willingness to accept some of the nontraditional brands.”

US-based Whirlpool, the world’s largest home appliance maker, is a case in point. Despite sluggish sales in Europe and North America, its Latin American sales were up 13% during the third quarter of this year compared with the same period in 2009, and up 21% in Asia. Though Asia accounts for some 4% of Whirlpool’s global sales, Latin America accounts for 24%. Likewise, Citigroup reported declines of 6% and 2%, respectively, in third-quarter revenues in North America and the EMEA region but posted a 7% increase in Latin America and 1% growth in Asia.

For Vystar Corp., a US-based latex producer, logistics play an important role in Latin American–Asian trade. “When I think of the logistical challenges in the markets that Vystar serves—for example, medical gloves produced in Malaysia and exported to the US—I wonder if there is a more cost-effective and environmentally sound approach to this market, “says Bill Doyle, Vystar’s CEO and chairman. “Today, gloves are manufactured and shipped from Southeast Asia, 8,000 miles to the end user. Latin America has the raw material source, natural rubber latex, and the manufacturing capabilities, saving millions of dollars on logistical costs and minimizing the negative impact on the environment at the same time.”

Doyle contends that by manufacturing in Latin America, Asian latex glove manufacturers can diversify their production, lower their costs and boost profitability in a commoditized market. Vystar maintains a relationship with Guatemala-based Grupo Agroindustrial de Occidente, a leading Latin American manufacturer of natural rubber latex, for this purpose. The arrangement allows the company to reduce the shipping times to its North American customers.

In fact, some analysts feel Asian companies are being attracted to Latin America for its back-door entry to the US. “Taiwanese, Japanese and Korean electronics and auto firms have long been in Mexico to sell to the United States,” says Kevin Gallagher, co-author of the new book The Dragon in the Room: China and the Future of Latin American Industrialization . “China is the newcomer at the table, with [computer manufacturer] Lenovo, some textiles firms and auto companies from China recently going to Mexico in order to serve the US market. When the US market recovers, we will see more.” Gallagher, who is also an international relations professor at Boston University, says Mexico has limited technological capabilities, so Asian firms tend to invest solely in labor-intensive assembly operations “where rules of origin or weight makes Mexico more advantageous to manufacture in versus simply shipping from China.”

Lee believes, however, that most Asian companies in Latin America are not there just to access US consumers. “In fact, some Asian companies have been deterred by the United States’ economic demise and, to a greater extent, the ever-increasing regulatory barriers erected by the US government,” he notes. “Latin America, whether by default or by natural symbiosis, is fast becoming the destination of choice for Asian investors and companies.” Asian funds acquired $9 billion in Mexican bonds alone between March and October.

A United Nations Economic Commission report on Latin America and the Caribbean (ECLAC), released during the October ministerial meeting of the Latin American Pacific Basin Forum in Cuzco, Peru, concludes that those developing greater economic ties with the Asia-Pacific region should seek a more efficient use of the comparative advantages of natural resources, while also boosting manufacturing sector competitiveness. Latin American Pacific Basin companies should be encouraged to participate, it says, in Asian supply and value chains.

ECLAC executive secretary Alicia Bárcena prefers to focus on the opportunities. “We need to view relations with Asia-Pacific not as a menace, but as a great opportunity and advantage,” she said at the ministerial meeting.

The IDB’s Moreno doesn’t feel that increasing ties between Asia and Latin America are a passing trend. “All the indications are that this shift in South-South economic power is not a recession-driven blip; it seems certain that emerging markets will not only drive recovery, but also lead global growth in the generation ahead.”