After an impressive 2010, the coming year looks likely to bring more good news for most emerging markets. 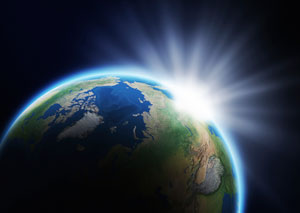 Emerging markets are giving capital controls a good name. Long derided by economists for interfering with free markets, controls on "hot money" inflows are now being widely used from Brasilia to Bangkok to keep foreign money from overwhelming local economies and fueling inflation and asset bubbles, as well as causing currencies to rise.

"Controls on foreign capital into emerging economies can be part of the policy options available to governments to counter the potential negative economic and financial effects of sudden surges in capital," the staff of the International Monetary Fund says in a position paper issued earlier this year. Such controls would normally be temporary and would be inappropriate in cases where the exchange rate was undervalued, the IMF says.

A rapid rise in the supply of emerging market bonds has done little to dampen investors' enthusiasm for the asset class, says Keith Savard, director of economic research at Samba Financial Group, based in Riyadh, Saudi Arabia. New issuance in external emerging market corporate bonds has reached $162 billion in the first ten months of this year, according to Bank of America Merrill Lynch, exceeding the previous record of $155 billion set in 2007.

"While developed economies are struggling to consolidate their recoveries, emerging markets are trying to avoid becoming victims of their own success by being overwhelmed with private capital inflows," Savard says. On the back of widening economic growth and interest rate differentials, capital continues to flow into emerging markets at a rapid pace, he says.

According to the Institute of International Finance, net private capital inflows to emerging market economies are projected to reach $825 billion this year, up from $581 billion in 2009."The impact of these large flows has been seen in both the nominal and real effective appreciation of currencies, rising equity and bond prices and significant reserve accumulation," Savard says.

Brazil and Thailand have imposed taxes on foreign purchases of local bonds. "The policy acts as a de facto tax on corporate issuers and basically funnels more of the capital inflows into equity markets," Savard says. The large inflows of foreign capital could make management of monetary policy more difficult for central banks, he adds.

The idea that the US is exporting prodigious amounts of capital is simply mistaken, says Marc Chandler, global head of currency strategy at Brown Brothers Harriman, based in New York. The corollary of the US current account deficit is that it is a net importer of capital, he says.

In the three months through August of this year, US investors purchased $10 billion of foreign stocks and bonds, according to the latest data available from the US Treasury Department. Foreign investors bought about $235 billion of US assets in the same period, Chandler notes.

In contrast to the developed world, which had negative growth in 2009, China achieved a V-shaped recovery by growing 9.1% year-over-year in real terms. "We believe that growth in the Chinese domestic demand is likely to remain strong in the coming years, maintaining a substantial differential in growth with the major trading partners and helping to further narrow the trade surplus against the strong imports growth," Qu says.

Although nations have used capital controls for many years, we may be on the verge of a major proliferation, according to a report by HSBC Global Research. Among the unintended consequences of actual and threatened quantitative easing is the spread of capital controls across emerging nations as they try to limit the effects on their domestic economies of excessive global liquidity, the report says."Even the IMF now accepts that capital controls may promote financial stability," it says.

"Capital controls provide the quantitative tightening antidote to the quantitative easing now spreading like wildfire through the developed world," HSBC says. For relatively poor countries eager to develop economies of scale to compete in global markets, it may make sense to use capital controls to enable them to influence both the exchange rate and domestic inflation, the bank says. And because governments are sovereign and have a responsibility primarily to their own people, a sense of failure at the global level provides the perfect opportunity for policymakers to throw sand in the gears in a bid to assert financial sovereignty, it adds.

Of course, not all emerging markets are booming, and many would like to have the problem of needing to keep foreign capital out. Emerging Europe has imposed no major capital control measures in recent times, according to HSBC. "This may be in part attributed to the EU requirement that member states have to refrain from measures that violate free capital movement, which is a core objective of the EU," HSBC says. "In contrast to Asia, curbs on inflows are in fact not needed in some emerging European economies, as their currencies have been under downward pressure."

The truth is that the emerging markets are similar to a patchwork quilt. Within Central and Eastern Europe and Eurasia, for example, Central Europe, the Baltics, Southeastern Europe and the CIS all have distinctly different prospects. Among the commodity-rich CIS countries, Turkmenistan and the other "stans" are booming. Further to the west, Central Europe can expect economic growth of 2.2% this year. Compared with Central Europe, the Baltics face a bumpier return to normality after contracting sharply last year. Southeastern Europe has to deal with its proximity to Greece and a reliance on exports to that debt-ridden country.

Resource-rich Africa is experiencing an economic uplift, as the big emerging markets of China and India seek the continent's natural resources and agricultural products. The same can be said of Latin America. Commodity market volatility is an issue, however, and some countries in all corners of the world still score poorly on transparency, human rights and corruption.

Asia Pacific and Latin America have been the key recipients of the expansion in global liquidity, according to economists at HSBC. Foreign exchange reserves have risen sharply, as have portfolio inflows. "Both regions have also experienced significant real effective exchange rate appreciation, which has raised the specter of foreign currency intervention," HSBC says. Countries have generally been more reluctant to impose capital controls on equities than on other asset classes, the bank says.