As companies thrive while countries struggle, a split seems to be emerging between macroeconomic and corporate performance. 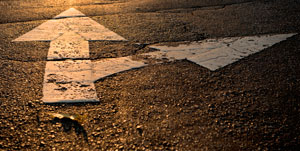 Observers of the global economy could be forgiven for being a little confused of late. Macroeconomic news from much of the developed world continues to be overwhelmingly negative. Fears about sovereign debt in Europe resurface periodically. Consensus economic growth estimates for the US for 2011 were cut by 0.6 percentage point to 2.4% in the three months to October. OECD composite leading indicators for August, the latest data available, confirmed that economic expansion had slowed in the previous four months.

Meanwhile, many leading companies seem immune to this macroeconomic gloom. Both second- and third-quarter figures surprised on the upside, with Intel posting a 59% jump in net income and Halliburton's profits more than doubling in the third quarter, for example. "Corporate earnings have enjoyed a strong rebound, greatly improving the financial positions of US firms," says Joseph Carson, US economist at global investment firm AllianceBernstein, which had assets under management of $484 billion in September. "Net cash flow has reached record levels."

The discrepancy between the macroeconomic and microeconomic worlds appears paradoxical. How can companies prosper when the countries they are based in are mired in a low-growth environment and consumer spending remains insipid? What is driving the corporate recovery and how sustainable it is? There are two main explanations for the disparity between macroeconomic news and corporate earnings. The first is growth in emerging markets, which has enabled developed-world companies—especially in Europe—to grow. Most companies have increased their exposure to emerging markets, either deliberately or simply because the growth of the emerging markets has made those markets a more sizable component of the global economy.

Despite the growth of emerging markets, they are not the primary driver of increased corporate profits. A second factor—that companies have dramatically reduced costs, especially in the US—is more important, according to Ian Scott, global equity strategist at Nomura. "There has been an unprecedented period of profit growth without a corresponding increase in workers' incomes," he explains.

Since Lehman Brothers' collapse in September 2008, the profits of US companies have risen by $260 billion while incomes paid to workers have fallen by $300 billion, according to Scott. "This has been possible because labor is less organized than in the past, there is greater international competition (and therefore reduced labor bargaining power) and because companies' cost base has become more flexible: There are a record number of people on involuntary short-time working," he says.

Clearly companies cannot continue to make cost savings indefinitely, notes Scott. "Therefore, they will have to look at their business and start to invest more," he says. "To date, investment has been slow—certainly weaker than previous recoveries—although there was a small pickup in investment spending in the second quarter. Usually there is a two-quarter lag from when consumer spending starts to recover—and that has yet to really happen."

Karen Ward, senior global economist at HSBC and author of a recent report entitled "Emerging Elation, Western Stagnation," confirms that although the profit share of GDP has risen, investment spending has not. "Corporates seem far more intent on repaying debt," she says.

Sarang Kulkarni, European credit fund manager at Schroders, agrees that companies cannot find sufficiently interesting opportunities to invest. "Macro volatility understandably makes companies less willing to take on risk, and consequently they are using their spare cash to pay down debt: With a handful of exceptions, debt ratios are falling among companies," he says.

Given the problems that excess leverage created in recent years, it is hardly surprising that, from an investment perspective, companies that are not following this route need to be treated with caution. "We'd rather buy a high-yield name that is deleveraging than an investment-grade name that is increasing its debt," Kulkarni notes. However, for the broader economy this strategy highlights a worrying phenomenon that could have serious implications for the future growth potential of both corporations and countries.

Theory Matters
Microeconomics, which studies consumer and company behavior, is based on the idea of rational expectations and efficient markets. However, the predicament faced by firms is irrational and reflects inefficient markets: Rather than risk (which can be measured and mitigated), they face uncertainty—and are therefore unwilling to invest. "As a consequence, there is a suboptimal allocation of resources," says Jerome Booth, head of research for the Ashmore Group, an investment management firm with assets of more than $40 billion. This point has become important because the developed world's financial system is undergoing a painful deleveraging. "Despite unprecedented government and central bank intervention, there is effectively still no investment in the US economy and the recovery has been jobless," explains Booth. In other words, macro policy isn't working because microeconomic theory has broken down.

The implication of this is that while the absence of investment combined with relatively strong cashflow and high cash balances means large corporates' balance sheets look healthy, the longer term outlook is negative because the normal rational response of investment is not being stimulated. "The current corporate recovery is being sustained only by government expenditure," says Booth. "Can governments continue to finance that level of spending? In Europe this has already been considered not to be the case, and the debate in the US is raging about whether the deficit can expand forever."

The US government may have to sustain the economy for some time. Carmen Reinhart and Kenneth Rogoff's study of 250 past financial crises in their 2009 book This Time is Different concluded that, on average, growth takes 4.4 years to recover following an economic crisis and that public debt rises by an average of 86%. "The scale of this crisis has been much larger than average, and therefore it can be assumed that recovery will take longer: It took until 1941 for US growth to recover from the Depression," says Booth.

Given that banks have yet to be effectively recapitalized—despite the huge headline sums invested by government, it is rising asset prices (driven by central bank rhetoric and quantitative easing) that have rescued the sector, according to Booth—there is a risk of depression should asset prices fall. "The reality—and this view is shared by a large number of macroeconomists—is that the situation is precarious," he notes. "Indicators such as the number of people on food stamps in the US show the economy is not bottoming out. Companies are aware that the real economy is getting worse and are worried."

Alternative Futures
Although there is agreement among many of the financial cognoscenti that the recovery is precarious, there are plenty of observers with a less apocalyptical prognosis. "Companies are currently profitable—more so than usual at this stage of the cycle," says Scott at Nomura. "Combined with low costs of debt there is a great opportunity for investment. Provided management is confident the economy won't shrink, the differential between the cost of capital and the return on capital achievable is attractive enough to stimulate investment."

Scott recognizes that significant risks remain, but while corporates cannot exist outside the macroenvironment, they can do reasonably well in a lower growth environment. Kulkarni at Schroders agrees that the situation for companies—and ultimately therefore for the broader economy—is sustainable, provided growth continues in some form. "It's important to remember that these companies have survived a huge recession," he says. "In doing so, they have addressed their cost bases and got their funding sources and liquidity management just right. Clearly, any growth will be limited, but corporates are well prepared, given their recent experiences."